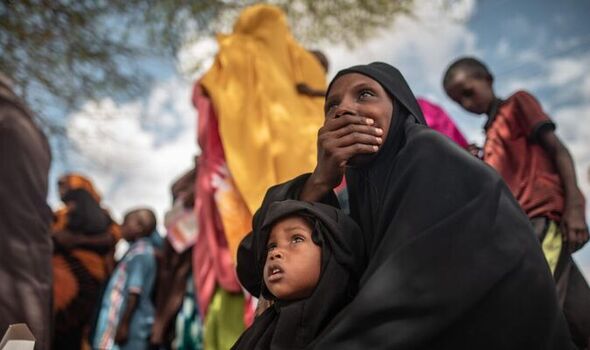 Families must dig for water in dried riverbeds, mothers cradle sick infants who cry through the night and children leave school as parents cannot pay the fees.

At least 18.6 million people are at food crisis levels and that could hit 20 million by September, says charity Save the Children. The figure includes seven million malnourished children, two million of whom face the most dangerous form of severe acute malnutrition.

The impact of the region’s worst drought in 40 years has been compounded by Covid and rising food prices due to the war in Ukraine. Before Moscow’s invasion in February, Ukraine and Russia supplied 30 per cent of wheat and 20 per cent of maize to world markets.

Award-winning photographer Tommy Trenchard took the pictures in north-eastern Kenya, the epicentre of the crisis.

In Garissa County, he met six-months-pregnant Bilan waiting to be checked for malnutrition. Her husband has been gone for months, seeking pasture for their few surviving cattle.

It means Bilan is forced to leave daughter Ajabo, three, alone as she treks more than six miles a day to take the animals to graze by a river. Bilan said: “She doesn’t want to be left alone and just wants me to hold her.

“The cattle have no milk, what is left is not helping us and the remaining cattle have left the town. Families have been separated because of the drought. My daughter has not seen her dad for the past three months.”

More than 1.5 million cattle, needed to supply food and milk for youngsters, have been wiped out by the drought, leaving many without their usual income. 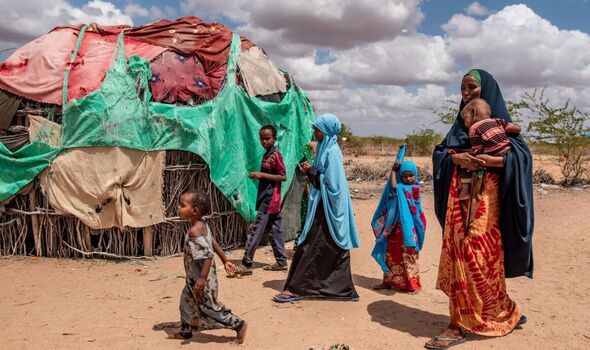 Mother-of-six Halima, 34, whose daughter Maryan, three, has malnutrition, said: “I know that my kids are malnourished. I know from their appearance.

“They develop bad tempers, keep crying all of the night and won’t sleep when they are hungry.”

She added: “We only live with the little we get from our neighbours that we use to cook and ­sustain our lives. I haven’t seen rain for three years. It is the drought. I would like a good life and rain.”

Of more than two million children living in arid and semi-arid parts of northern and eastern Kenya, 942,000 under-fives are acutely malnourished and in desperate need of treatment. 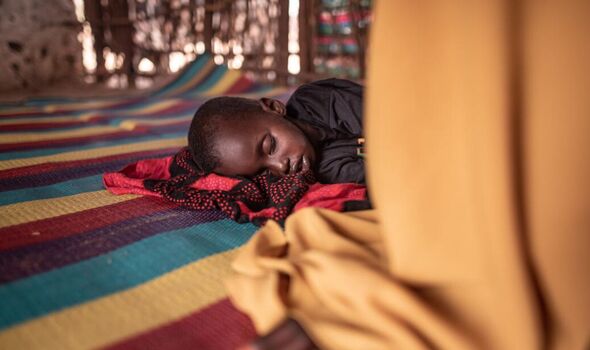 Shankaroon, 29, is alone with her five children after her husband left to look for pasture. They survive on rice and grit maize and doctors say the little ones’ immune systems are suffering.

She said: “My children used to play, they would eat four times a day. Now they eat only twice, they have stopped playing and don’t have an appetite.”

Their village does not have access to drinkable water and Shankaroon or her son must walk for an hour to collect it from a well.

Save the Children and its partners have supported more than 381,000 people affected by the ­crisis in northern Kenya. Their work includes cash grants to the worst-hit families, training health volunteers to check for malnutrition and vaccinating livestock. 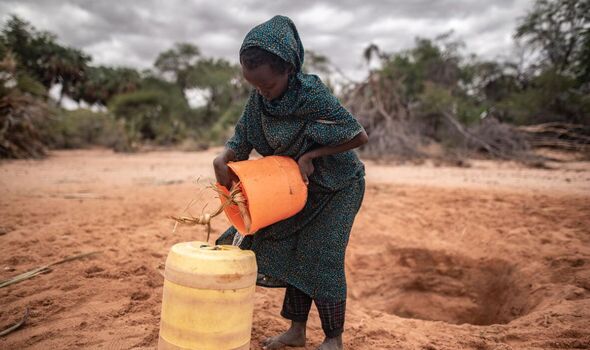 Mahad, her parents and seven siblings sometimes do not eat at all. She wants to be a teacher one day and her worst fear is not being able to stay at school.

Fozia, 12, and her seven brothers and sisters are malnourished and struggling to concentrate in class. She wants to gain an education and support her family. But with little money to pay fees or buy books and pens, that is uncertain.

Yvonne Arunga, Save the Children’s Kenya director, said: “These photographs illustrate the disaster unfolding before our eyes. With rains forecast to fail once again, time is running out for these children. The world must act now to prevent catastrophe.”

● You can donate to the charity’s vital work at savethechildren.org.uk/how-you-can-help/emergencies/east-africa-hunger-crisis 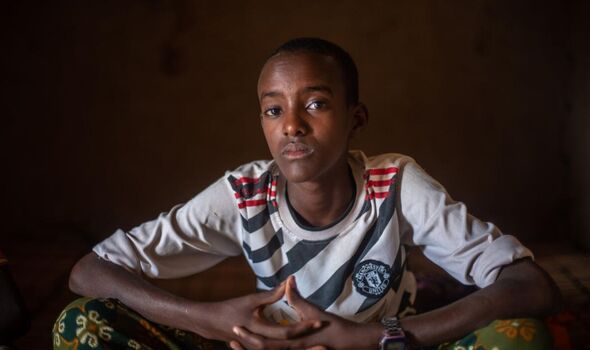 SINCE their cattle died, Dualle’s family have been left without their main source of food and income.

He lives with his mother and three siblings in the north of Garissa County, Kenya. His village hasn’t seen rain for several years.

Dualle, 14, left, said: “Some nights we don’t cook supper, then children stay hungry. The following day we ask for help from our neighbours.”

Dualle’s mother has borrowed money to pay her children’s school fees. But they miss months of education. He added: “The problems this drought has caused us are unbelievable. Parents don’t want to live in their homes because they have nothing to give their children to eat.

“I have a feeling that most of the people are going to die, and I will miss going to school. I pray we get rain, by the mercy of God.” 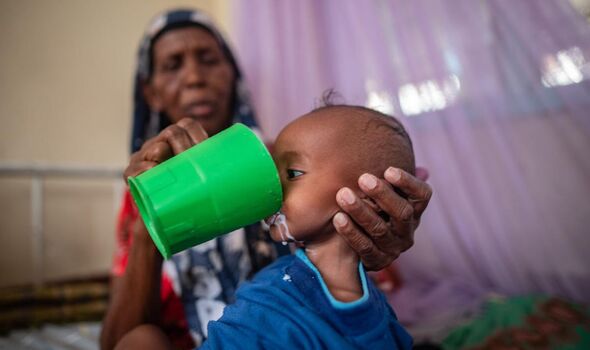 TASNIM has been caring for her severely malnourished six-month-old grandson Garad at a hospital stabilisation centre
in Garissa, Kenya.

The 63-year-old’s family lost almost all their livelihood and her daughter fell ill, leaving her unable to breastfeed. Garad has only known drought in his short life and is too young to eat the porridge that the rest of the family survive on.

He had been suffering from diarrhoea for more than a fortnight and struggled to keep milk and other medicine down.

Tasnim said: “I have been here for five nights because he is sick. All of our animals died. We had goats and cows, but they died. Only a few remain and they don’t have milk.

“It is two weeks since Garad has been sick, ever since his mother got sick and he missed the breast milk.

“They are treating him now. They are injecting him, giving him milk, but the diarrhoea hasn’t stopped. We are giving him medicine but he vomits immediately after it’s given to him.”