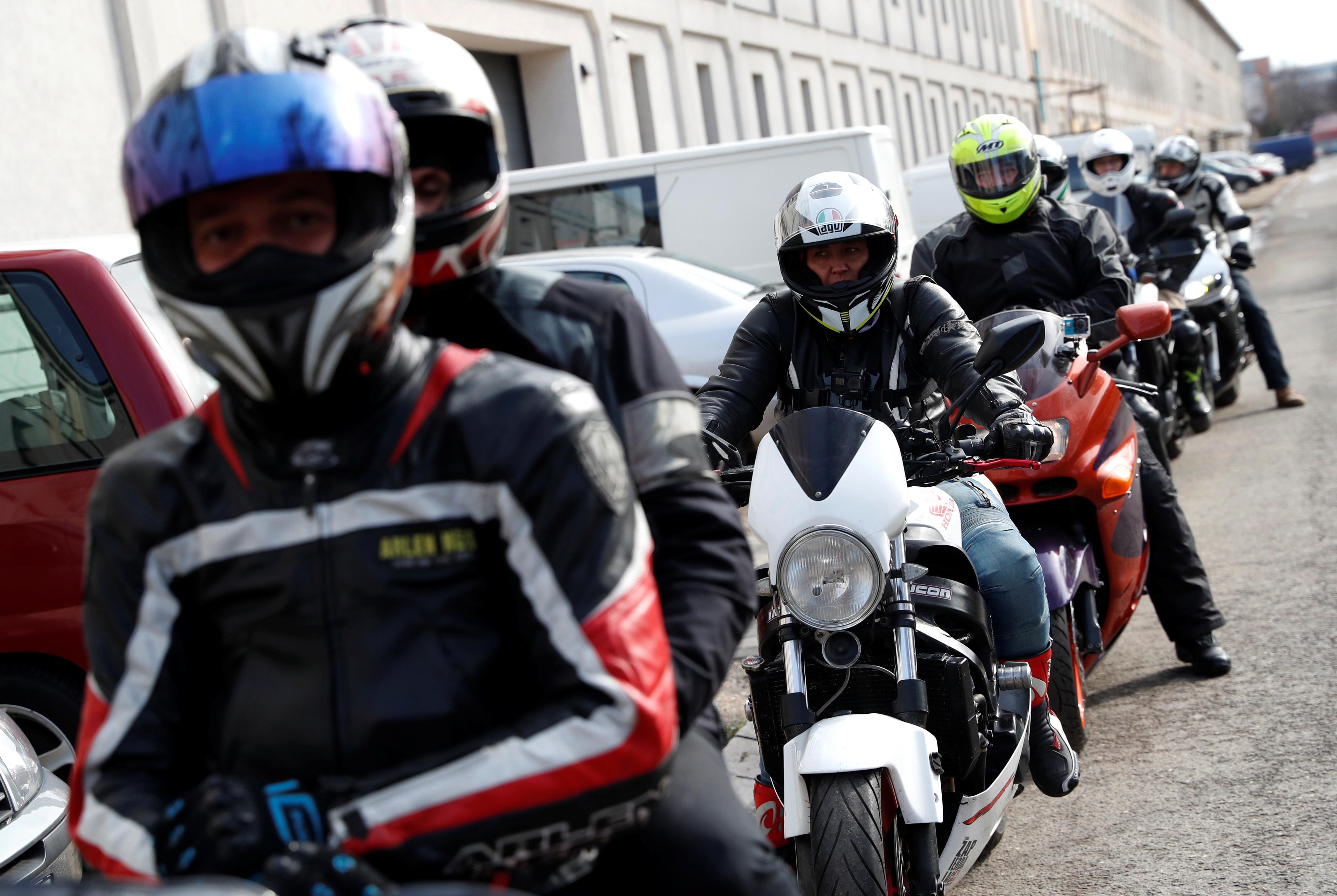 BUDAPEST (Reuters) – Szilvia Morucz wishes she had found out sooner about a group of Hungarian bikers on a mission to help victims of domestic violence.

Now a member of the “Easy Riders” group herself, Morucz told Reuters she had suffered daily verbal abuse, death threats and violence, including a broken finger, at the hands of her former partner during a seven-year relationship.

The mostly male members of the 900-strong group ride to scenes of violence in a show of force and support for the victims, and help them to find ways to move out of their homes or take legal action against abusive partners.

“We act like friends to the abused victims, or perhaps even more like friends because a friend and relative may not be free just when needed,” Morucz said.

Civil organizations say they lack the resources to help victims effectively, and initiatives such as the bikers group are helping to fill the gap.

“There are only three centers where such victims are helped … but no one knows about them, and even if they did it would soon turn out that they too have big capacity problems,” said Vera Mero, a member of a Hungarian civil group helping abused women.

Morucz, who secured a restraining order against her ex-partner last year, said the bikers helped put her ordeal behind her and spurred her to help other women escape domestic violence.

“We are there for her regardless of where she lives, who she is, what she does,” she said.