Ukraine war: Food is the Kremlin's 'arsenal of terror'

Kateryna Toshina, has been fighting in the east of Ukraine since 2016, however she is not currently on the frontlines due to a non-combat related medical condition. Iryna, last name withheld, was a commander of an anti-tank unit before she started commanding a reconnaissance platoon which helps confirm coordinates for artillery strikes.

Ms Toshina is a combat medic who provides training to other soldiers, she also operates a small drone to help pinpoint the enemy’s location for artillery strikes.

She said: “[The] Russian’s treat the Ukrainians like slaves – those who couldn’t get out from the occupied territories in time.

“They are just like hostages, [the Russian forces] don’t treat them as people. They’re just a slave force. They can’t hope for anything.”

She added: “We saw how the Russians shoot and shell peaceful cities, hospitals and kindergartens – they don’t have anything valuable.” 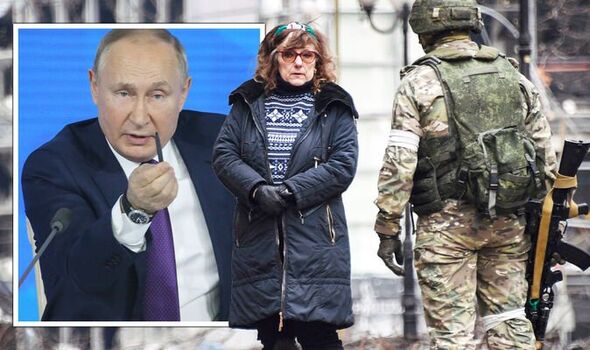 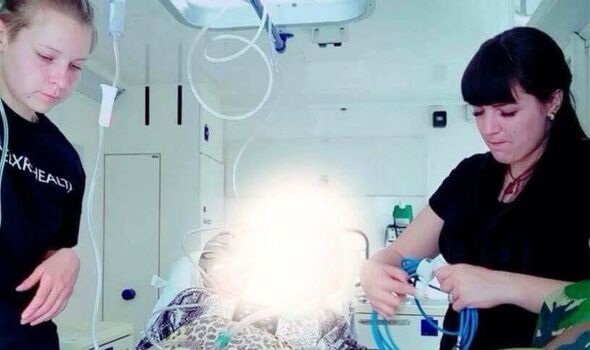 Although her account cannot be independently verified by Express.co.uk there has been widespread documentation of atrocities committed by Russian forces in Ukraine which several Western nations have said amount to war crimes.

Her fellow soldier, Iryna, told Express.co.uk Ukrainians were resisting the Russian occupation. The two do not know each other personally.

She said: “I have many friends and good acquaintances who fled from Kherson when the Russians were already there. They fled very quietly, and they were even afraid to take extra documents. 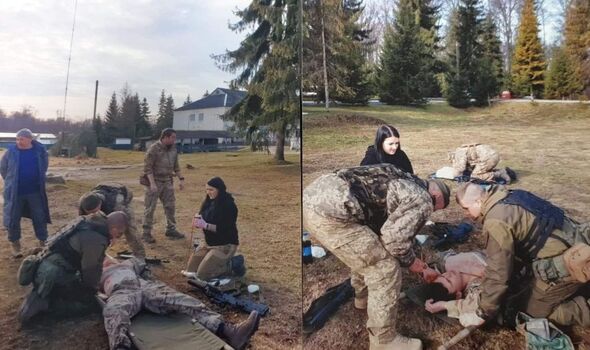 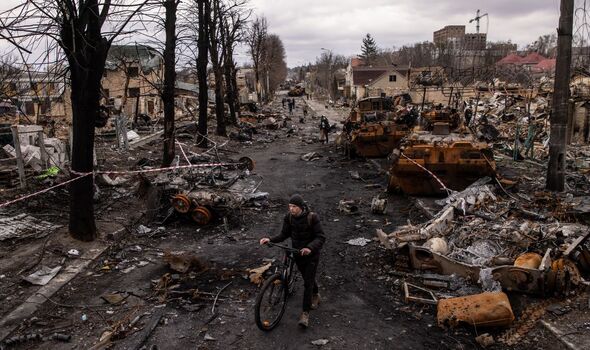 “From what I hear, because of what Russians do in Kherson, people refuse to even leave their houses. They refuse to take medicines from Russia, they refuse to accept anything they offer because this is the way to show that locals are pro-Ukrainian and don’t want anybody else to come and seize their lands.”

Iryna was headed back to the eastern frontlines in a matter of days after having a brief rest with her family. She has two adult daughters and a four-year-old son, she says her husband also fights in Ukraine’s armed forces.

There have been several reports of partisan action in the southern Kherson region of Ukraine, where a Ukrainian counteroffensive is slowly taking ground against Russian forces occupying the area.

Both soldiers were thankful the West was providing support to Ukraine, however both said Ukraine needed more weapons.

Ms Toshina was particularly thankful for the medicine, food and other aid being delivered to Ukraine by the West.

DON’T MISS:
Heart attack: The shower habit that could ‘precipitate’ an attack [INSIGHT]
Truss to face ‘accidental escalation’ over hated Brexit bill like May [LIVE]
Royal POLL: Should Meghan and Harry return as part-timers? [POLL] 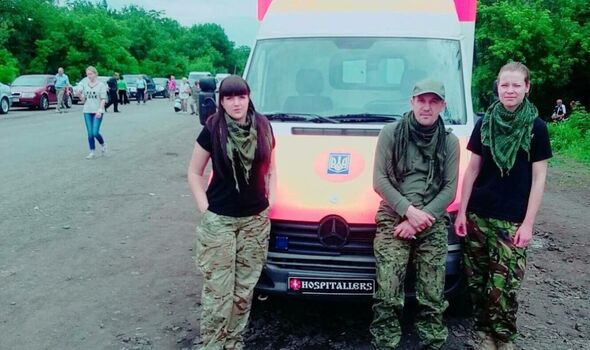 She said: “Regarding the weapons support, then there are not enough weapons right now. But if we’re talking about the support in terms of medicine, drugs, food this help is really really necessary and it’s very helpful on the frontline and during this war.”

There are fears of what Ukrainians will find if they do manage to push Russian forces out of occupied territory. Following the offensive in the north of the country, near Kyiv, as the Russians retreated they left behind atrocities and devastation.

For example, in Bucha northwest of Kyiv, authorities said that they had found more than 1,300 bodies, including dozens of children.

Russia has denied its forces committed the atrocities, instead claiming that the Ukrainians carried out the executions.

However, international organisations and media organisations, including The New York Times, Bellingcat and Amnesty International, have debunked the Russian claims as false.

Kateryna Toshina and Iryna were contacted with help from the Ukrainian Women Veteran Movement.