Police have arrested at least 90 people in Hong Kong during protests against the government’s decision to postpone elections.

Thousands of police have been patrolling the streets and officers fired rounds of pepper balls in one neighbourhood as hundreds of demonstrators were out in force on Sunday.

Chief executive Carrie Lam announced at the end of July that the elections would be put back for a year, to 5 September 2021, blaming an increase in cases of coronavirus and saying the decision was aimed at “safeguarding people’s health”. 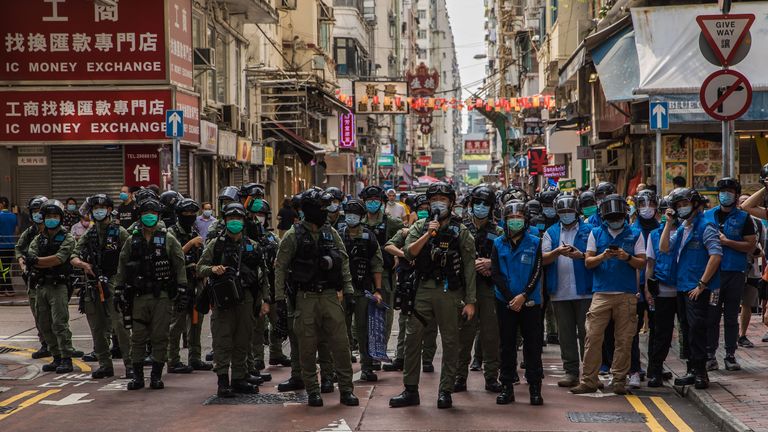 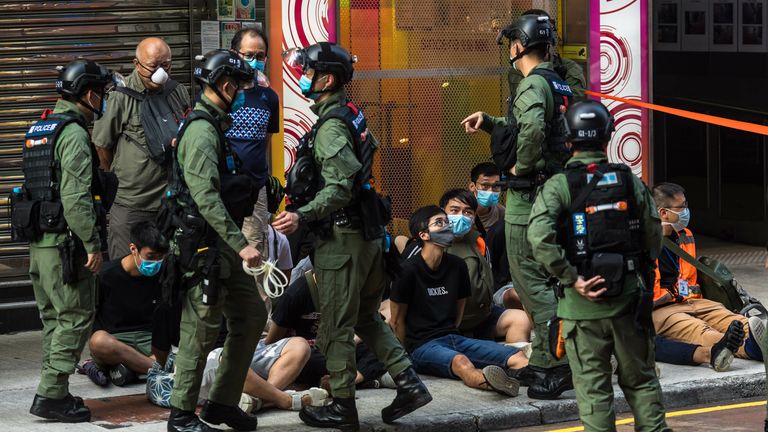 However, critics say her government feared the pro-democracy opposition would gain seats if voting had gone ahead as scheduled.

Protests against the government have taken place in Hong Kong almost every weekend since June 2019. What was sparked by opposition to a proposed extradition law has widened to include demands for greater democracy and criticism of China‘s efforts to tighten control over the former British colony.

In the latest marches, police said they have arrested at least 90 people, mainly for illegal gatherings, in a notice on their Facebook page.

Thousands of officers were positioned around the busy Kowloon peninsula on Sunday as marchers waved placards and chanted popular anti-government statements such as “liberate Hong Kong” – slogans that are now banned under a controversial new security law. 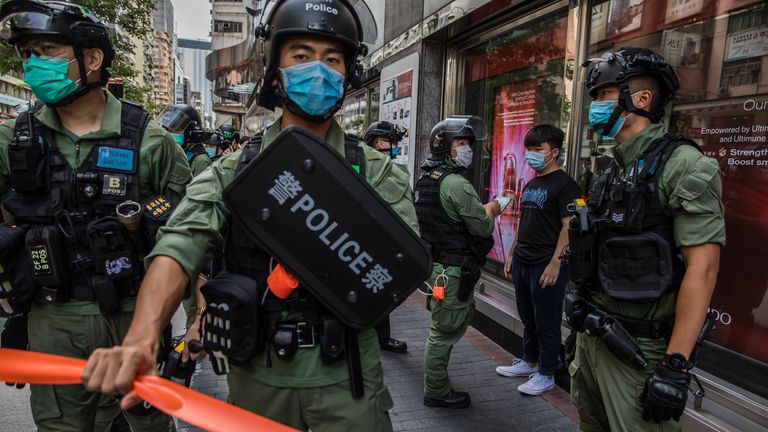 One woman was arrested during a protest in the Kowloon district of Yau Ma Tei, on charges of assault and spreading pro-independence slogans, the police department said on its Facebook page.

The ruling Communist Party’s decision to impose the law in May prompted complaints that it was violating the autonomy promised to the territory when it was returned to China in 1997.

The US has withdrawn trading privileges granted to Hong Kong, and other governments – including the UK – have suspended extradition and other agreements. 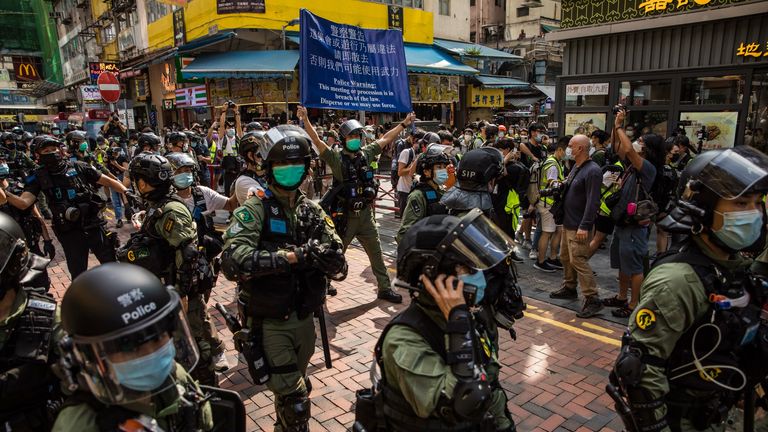 During the protests on Sunday, demonstrators called for the opportunity to vote.

“I want my right to vote!” activist Leung Kwok-hung, popularly known as Long Hair, was quoted as saying in the South China Morning Post. The newspaper said Leung was later arrested.

Another well-known activist, Figo Chan, the vice-convenor of the Civil Human Rights Front, was also arrested, according to a post on his Facebook page.

Hong Kong saw its third and worst surge of coronavirus infections in early July. At its peak, it recorded more than 100 local cases a day, after going weeks without any the previous month.