HONG KONG (Reuters) – Hong Kong said on Wednesday it would relax some coronavirus restrictions but would cancel the annual firework display to mark China’s national day on Oct. 1 for a second year in a row. 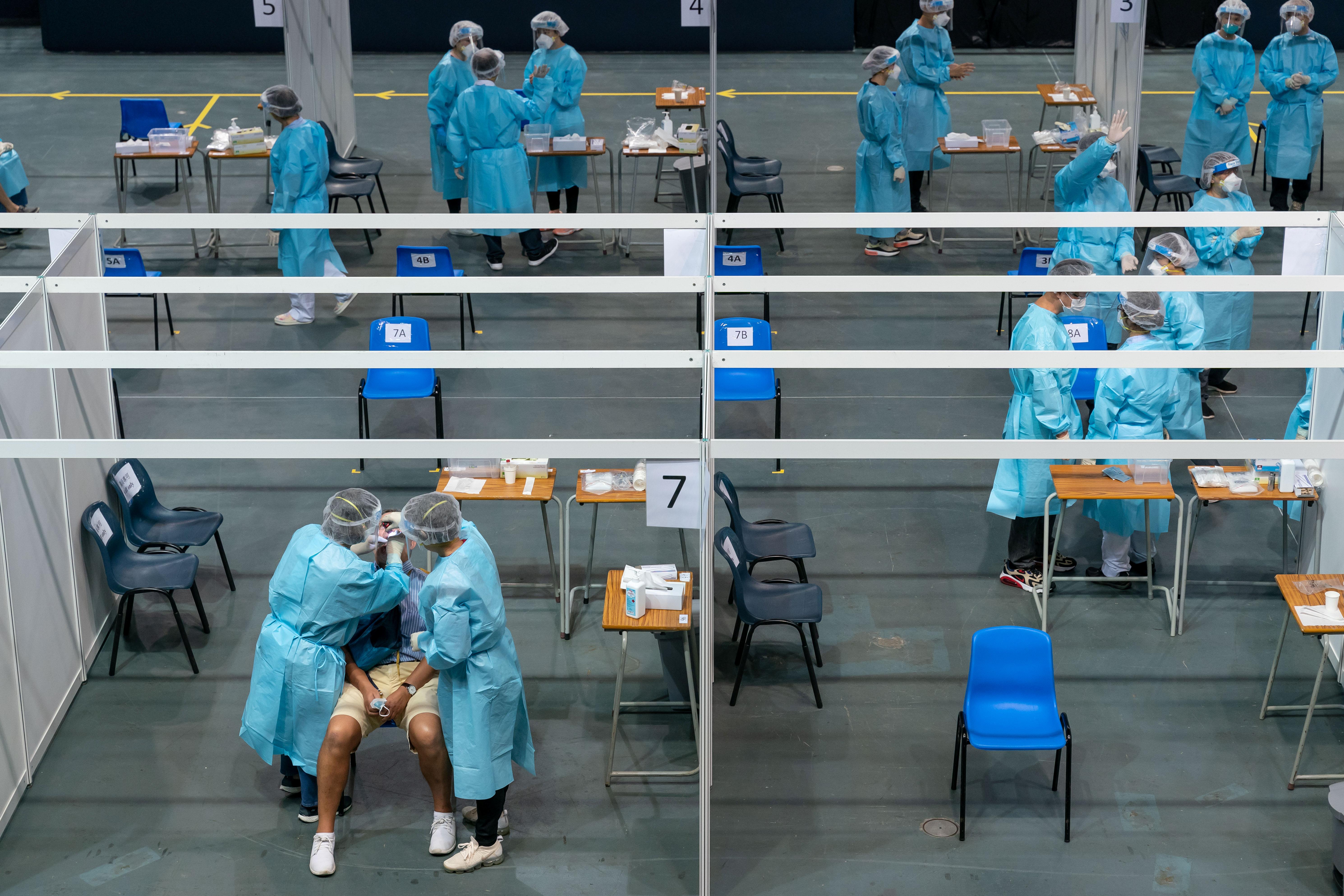 Pro-democracy protests made the 2019 celebrations difficult, though they have become fewer and smaller this year due mainly to limits on group gatherings and the imposition of a national security law that punishes actions China views as subversive, secessionist, terrorist or colluding with foreign forces.

Demonstrations on Oct. 1 last year saw the first protester shot with live rounds by the police amid violent confrontations.

“In response to the latest situation of the COVID-19 epidemic, the National Day fireworks … will be cancelled,” the government said in a statement on the celebrations, which usually take place near the picturesque Victoria Harbour.

Although the street protests have lost momentum, anti-government and anti-Beijing sentiment persists, with China’s offer of mass coronavirus testing for Hong Kong residents prompting calls for a boycott and public distrust.

Health officials said the mass testing scheme had revealed no new cases on its first day on Tuesday.

As part of the relaxation of COVID restrictions, gyms, amusement centres and massage parlours in Hong Kong will be able to reopen on Friday and restaurants can stay open an hour beyond the current limit of 9 p.m. as new daily infections in the Asian financial hub drop into the single digits.

However, a ban on gatherings of more than two people stays in place, Health Secretary Sophia Chan said, adding that while authorities in the Chinese-ruled city were relaxing some social distancing measures, residents needed to stay vigilant.

“We have yet to see a stable situation,” she told a news briefing. “Everyone must maintain a certain degree of social distancing.”

Hong Kong schools are to resume face-to-face teaching from Sept. 23, among the easing of measures that have kept 900,000 students working at home for more than four months.

On Wednesday, Hong Kong reported eight new cases, taking the tally since late January to 4,831 patients, 92 of whom have died.