Weather: Showers to persist in UK after thunderstorms

The heavy showers and thunderstorms, which rocked the UK last night, are likely to continue throughout the week, according to forecasters. The Environment Agency has warned that local flooding is “probable” in parts of the southwest and northeast today and Tuesday with more widespread local flooding in other areas “possible” later in the week. The news comes as Hurricane Danielle hovers in the North Atlantic potentially bringing more wet weather to the UK into next week.

An area of low pressure will “dominate” weather conditions as it slowly moves across the UK this week with unsettled conditions are likely to continue, according to the Met Office.**

Tonight will likely see some similar weather, with the possibility of hail and thunderstorms in some areas.

The Met Office Yellow thunderstorm warning remains in place until 2am on Tuesday, September 6, in much of Wales and southwest England. 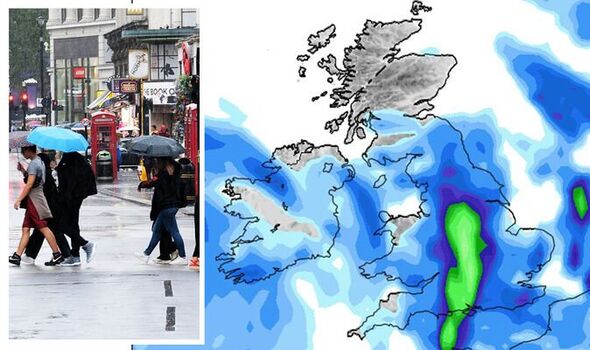 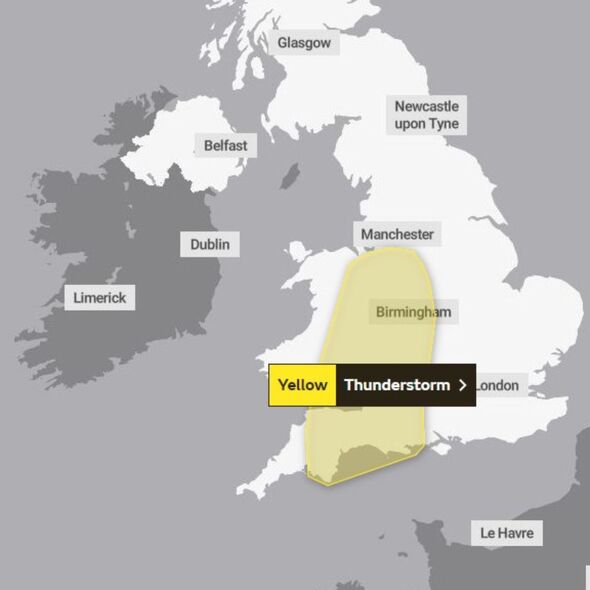 Writing for netweather.tv, Senior Forecaster Nick Finnis said: “Heavy thundery downpours, with perhaps some intense thunderstorms, look to push up from the southwest across large parts of England and Wales later this evening and overnight – with a risk of hail, gusty winds and large rainfall totals in a short space of time bringing a risk of flash-flooding.

“These downpours perhaps reaching southern Scotland later in the night. Becoming drier from the south following the rain and storms spreading northeast.”

Moving through the week the UK will see sunny spells punctuated with heavy thundery showers across much of the country.

Over the weekend the low pressure system will have passed into the North Sea potentially bringing calmer and drier weather. 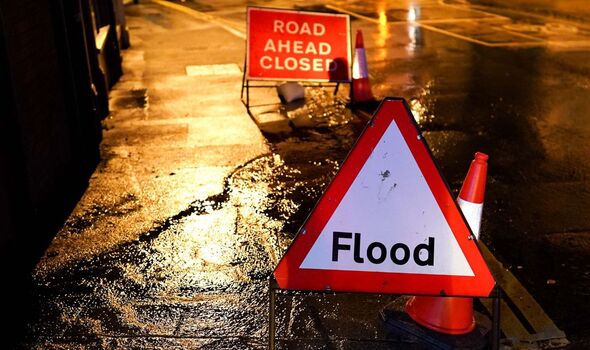 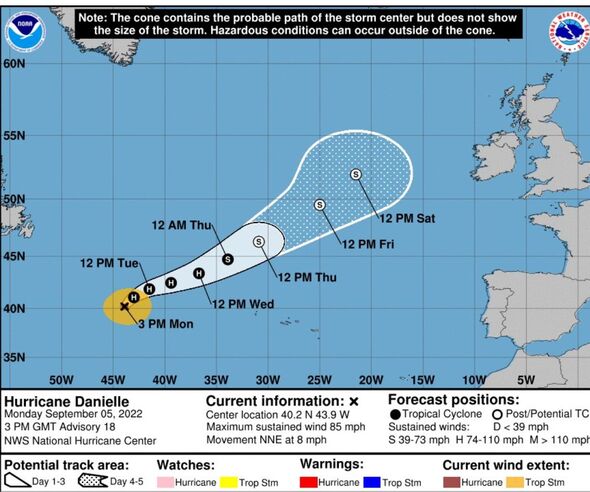 However, Hurricane Danielle, currently over the North mid-Atlantic, could track northeast towards the UK bringing more rain and unsettled weather.

Although the storm is likely to be downgraded from a hurricane as it passes over cooler water, its remnants could bring heavy rain if it does head towards the UK.

Confidence was low for weather predictions into next week however it is likely to remain unsettled.

During the Met Office weekly forecast meteorologist Alex Deakin said: “Quite a bit of uncertainty as we go towards the weekend, nothing unusual about that when we’ve got ex-hurricanes in the mix, but certainly something to keep an eye on over the next few days.” 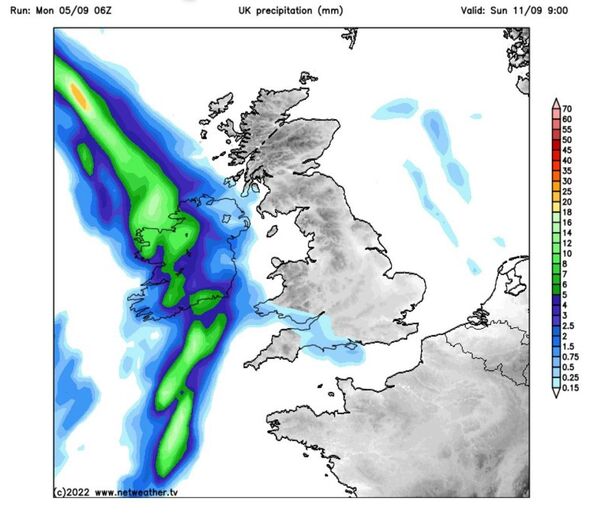 The rest of the month is likely to bring “typical” weather conditions for this time of year with “above average” temperatures, according to the Met Office.

It said: “Frontal systems continue to affect the UK, bringing typical weather conditions for this time of year.

“Rain or showers are likely at times, mostly in the west and northwest, meanwhile eastern areas possibly drier on average.

“Temperatures likely to remain above average, and overnight mist and fog patches are likely for many, especially in the south and east.”