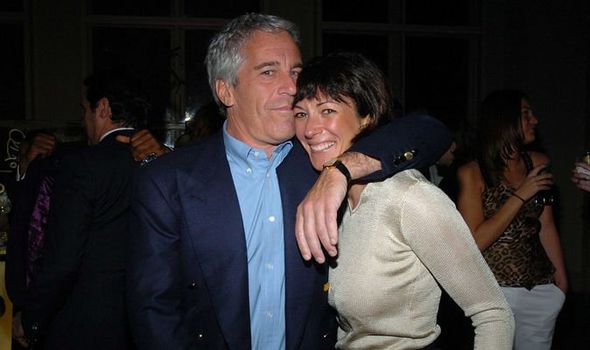 The former girlfriend of paedophile financier Jeffrey Epstein faces up to 80 years in jail – and will do “whatever it takes to save her life”, said a source close to her.

The source added: “Ghislaine is absolutely prepared to take the stand.

“She is prepared to do whatever it takes to save her own life. She has never shied away from the truth and she is looking forward to her day in court. Ghislaine is not overconfident by any means but she knows she is telling the truth.

“She has no fear about getting in the witness box.”

Epstein was found dead in a US jail cell in August 2019 after being held on suspicion of sex trafficking of minors.

Maxwell is on remand in the Metropolitan Detention Center in Brooklyn, New York.

She was arrested last July and has spent the last 17 months in custody.

The trial was due to get under way today at the Thurgood Marshall United States Courthouse in Manhattan and it may last six weeks. The six charges relate to four people: One count of enticing a minor to travel to engage in illegal sex acts, and one of conspiracy to commit the same offence.

One count of transporting a minor with the intent to engage in criminal sexual activity, and one of conspiracy to commit the same offence.

Prosecutors are expected to refer to six pages from Epstein’s “black book” of contacts.

Maxwell is understood to have set aside more than £5million to cover legal bills from her defence team.

Dozens of media representatives were due to attend the start of the case.

Maxwell – who turns 60 on Christmas Day during the trial’s run – denies all of the charges against her, which relate to alleged incidents between 1994 and 2004.

She also faces two counts of perjury, which will be dealt with at a second trial.