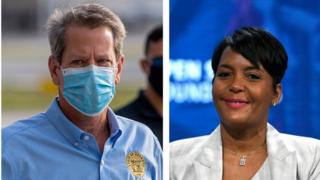 The governor of Georgia is suing Atlanta authorities to prevent the US city from enforcing its requirement to wear masks in public, along with other coronavirus-related restrictions.

But Ms Bottoms said this would not stop Atlanta from enforcing its ordinance.

America continues to remain at the epicentre of the global pandemic, with more than 70,000 new cases reported on Thursday – a record daily jump in known infections.

The majority of state governors have now ordered that the wearing of masks outdoors be mandatory, rather than a personal choice. Among them are Republican governors, including Kay Ivey of Alabama, who have reversed their initial opposition to the mandates.

Why is Georgia filing a lawsuit?

Georgia’s governor has sought to bar any mandatory requirements for face masks in public places, suggesting it should be a personal choice instead.

But officials in several Georgia cities and counties have defied this. Mayor Bottoms, who tested positive for coronavirus last week and is under quarantine, said the order would not stop Atlanta from enforcing its own rules.

Governor Kemp’s lawsuit, filed on Thursday, seeks to overturn Atlanta’s rule on masks, along with the mayor’s order that it return to Phase 1 of reopening, requiring people to shelter at home and restaurants to close their dining rooms.

In a statement, Mr Kemp said was taking the action “on behalf of the Atlanta business owners and their hardworking employees who are struggling to survive during these difficult times”.

“I refuse to sit back and watch as disastrous policies threaten the lives and livelihoods of our citizens,” he added. 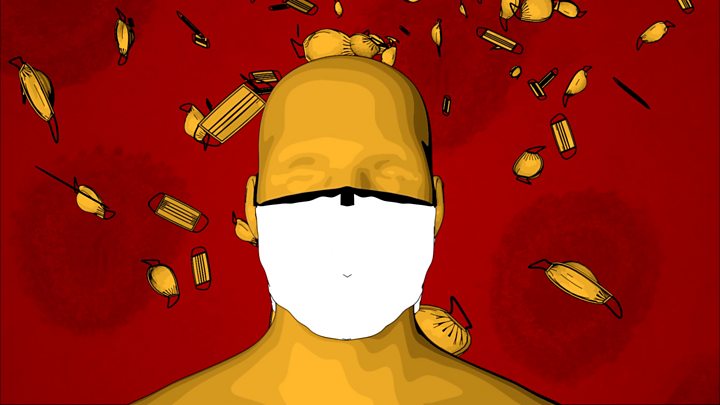 Ms Bottoms suggested that expanded testing and contact tracing would be “a better use of taxpayer money”.

“If being sued by the state is what it takes to save lives in Atlanta, then we will see them in court,” the mayor said.

The lawsuit has also drawn criticism from other state leaders, including Savannah Mayor Van Johnson, who issued a mandate on 1 July.

“It is officially official. Governor Kemp does not give a damn about us,” Mr Johnson wrote on Twitter.

How fast are cases rising in the US?

The US has seen record numbers of new cases in the last few weeks, with the death toll also starting to rise in recent days.

The renewed surge is being driven by fresh outbreaks in the south and west of the country, which have seen infection rates go up since states started easing lockdown restrictions at the end of May.

Dr Anthony Fauci, the country’s top health official for infectious diseases, said earlier this week: “We haven’t even begun to see the end of [the virus] yet.”