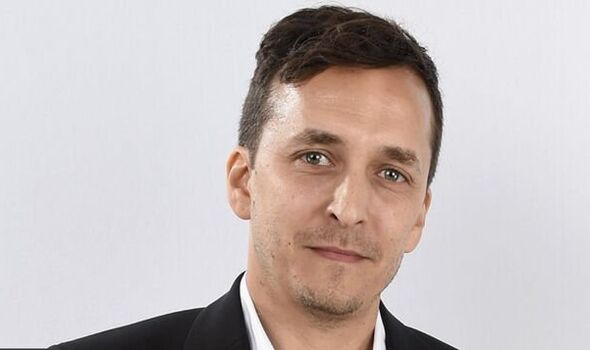 Brent Renaud, 50 – an acclaimed filmmaker and a former New York Times reporter – was shot dead in Irpin, near Kyiv.

Boris Johnson also condemned the murder during a phone call to Ukrainian president Volodymyr Zelensky. The Prime Minister warned that Putin’s barbaric actions are “testing all of humanity”.

Two other journalists were injured in the same attack and taken to hospital.

One of them, Juan Arredondo, 45, said he and Brent were filming refugees when they were fired on near a checkpoint. He said Brent was shot in the neck.

Brent’s brother Craig is also a filmmaker but it is not known if he is in Ukraine.

Jane Ferguson, a reporter for PBS Newshour, tweeted: “Just left roadside spot where body of Brent Renaud lay under a blanket. Outraged Ukrainian police officer: ‘Tell America, tell the world, what they did to a journalist.”