Temperatures will plummet temporarily in the north of Great Britain this weekend, as a northerly flow of low pressure swirls in and brings the mercury down to -3C in Scotland. That’s according to Jim Dale, the senior meteorologist at British Weather Services. He told Express.co.uk: “Next week will see a steady climb from some rather cold weather this weekend. The cold weather comes from the north – a northerly flow. It’s all about airstreams and directions, but it warms up southerly.”

This means the thousands of people queuing in central London to see the Queen’s coffin lying-in-state will not have to endure extremely cold temperatures in the daytime, as the south appears to be unaffected by the mercury drop.

While Westminster temperatures will hover around 16C to 17C during daylight hours, they will slope off to 10C overnight.

This, according to NetWeather senior forecaster Jo Farrow, will bring a chill to bystanders at night.

She added: “With a cool north wind to end the week, temperatures will fall and there is the risk of frost in the north. For those queuing in London, it will feel nippy by night.” 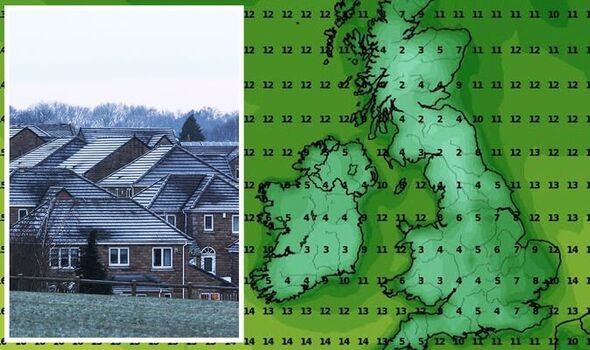 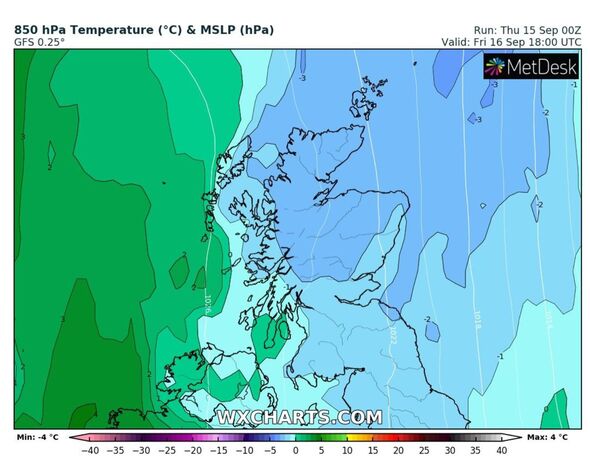 Mr Dale said the coldest part of the UK will be Scotland, he added: “All areas will get the cold but coldest will be in The Glens of Scotland with lows of -3C.”

The Met Office is also warning in Scotland that the weekend will bring “chilly nights” with some ground frost expected.

Ms Farrow spoke more about how the chill moving in by tomorrow night will dissipate by next week, she added: “A huge buckle and trough appears over Europe by Saturday and the jet engages a new low which develops over eastern Europe at the end of the weekend. It moves north early next week.

“There will be more of a frost risk for early Friday and particularly early Saturday extending from central and western inland Scotland down into Cumbria, the Pennines and the Yorkshire Dales.” 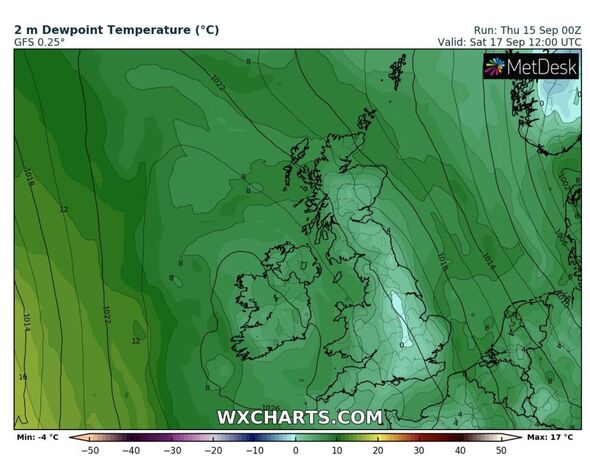 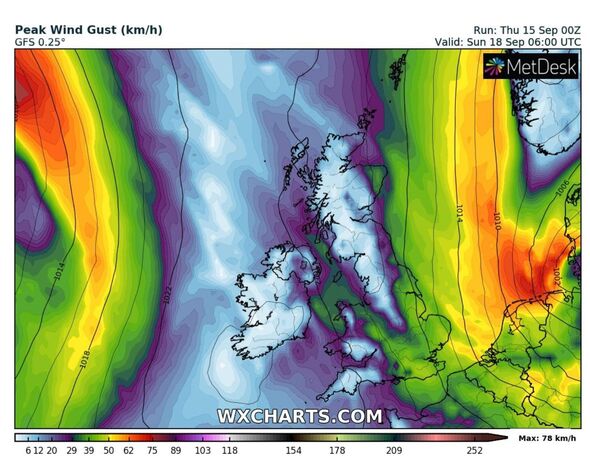 Explaining the reason for this sudden sharp decrease in temperatures, Ms Farrow said it was due to colder air passing over the warmer waters of the North Sea, making the air “unstable” and bringing showers.

“These graze eastern England on Friday with the risk of a few heavier downpours, even hail and will also affect the far north of Scotland,” she added.

“The Friday MR charts show a few tiny bits of pink for snow, at 6pm on the top of Cairngorm but also at 9am in the showers along the north coast.”

But, looking forward to next week, high pressure will begin to build again – making way for some warmer temperatures from Wednesday onwards. 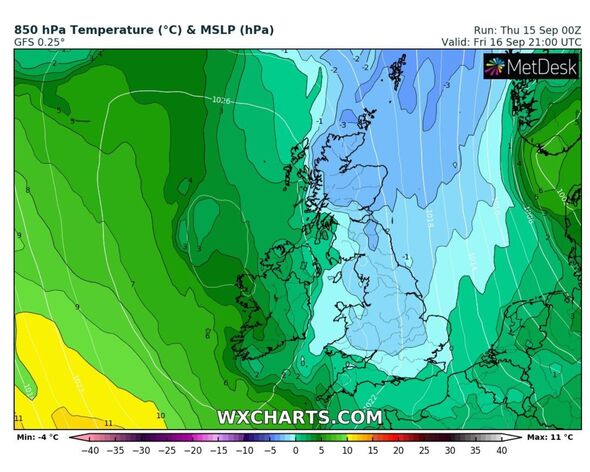 In the south temperatures can expect to sit in the early 20s by Wednesday, and mid to late teens in northern England and Scotland.

By Friday, there could be another rise – with highs of 24C in eastern England and around 19C in the north.

The Met Office forecast for this period adds: “Fine and dry for most with sunny spells at the start of this period, though perhaps cloudier in the east and parts of the northwest, where occasional showers and a few spots of rain are possible respectively.

“Winds generally light but still a little fresher along some eastern coasts. Temperatures rather cool initially but should return closer to average through the week.”