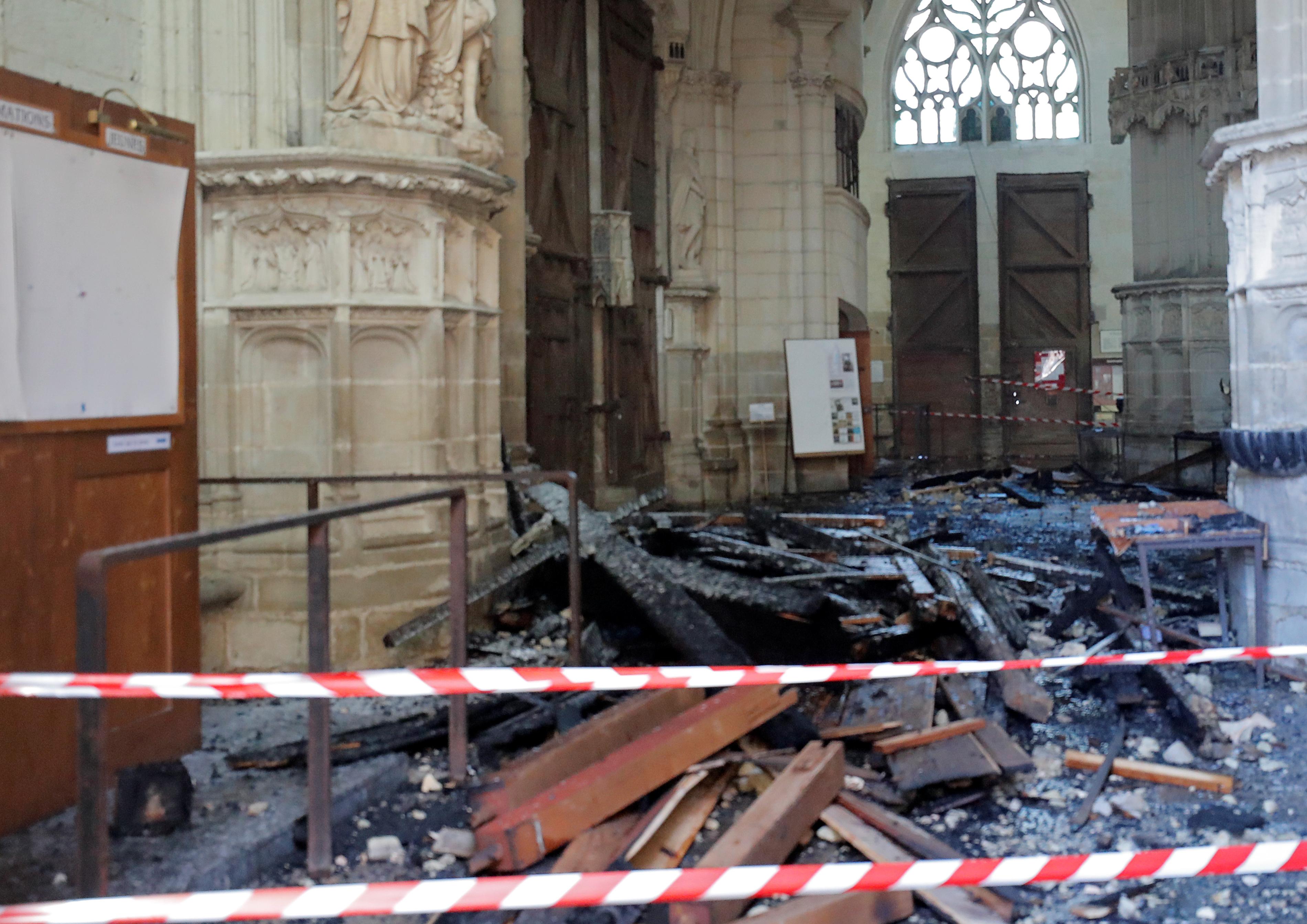 NANTES, France (Reuters) – French police cleared a 39-year-old Rwandan refugee of all suspicion on Sunday and released him after questioning the man about a fire at the 15th-century cathedral in the French city of Nantes.

“He is not implicated. The inconsistencies that came up have been clarified,” Nantes prosecutor Pierre Sennes told Reuters.

The fire engulfed the inside of the Gothic structure in flames on Saturday, destroying a grand organ, stained-glass windows and a painting.

Authorities opened an investigation for suspected arson. Sennes said on Saturday that three fires had been started at the site and there had been no signs of a break-in.

The man who was arrested on Saturday worked as a volunteer for the cathedral and had been in charge of locking up the building on Friday night. He had been held to clear up inconsistencies in his schedule. He was not identified.

The blaze happened just over a year after a fire at the Notre-Dame Cathedral in Paris destroyed its roof and main spire.