Millions of Britons will have welcomed today’s weather, having gone several months without rain, but the intense showers come with several inherent risks. Experts have warned that baked earth is not prepared to absorb the excess water, which may pool on the surface in several hard-hit areas. The Met Office has warned that flooding today could cause a “danger to life”, and the Environment Agency has placed 16 alerts.

Where are UK flood warnings?

Met Office forecasters have placed the entirety of England and Wales under a single alert today as thunderstorms could cause a “danger to life” via flooding.

Floods caused by intense rainfall could cause “fast flowing or deep floodwater” and a “danger to life”. 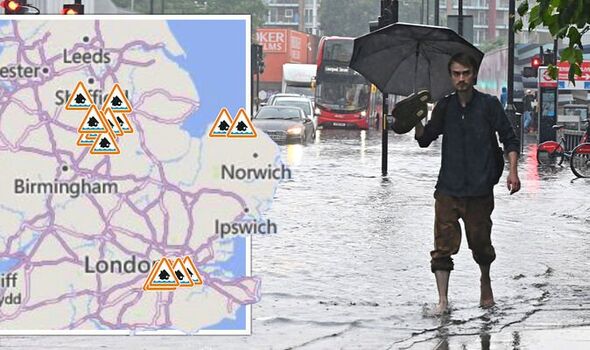 The Environment Agency has placed 16 areas on “flood alert” today, including the following locations: 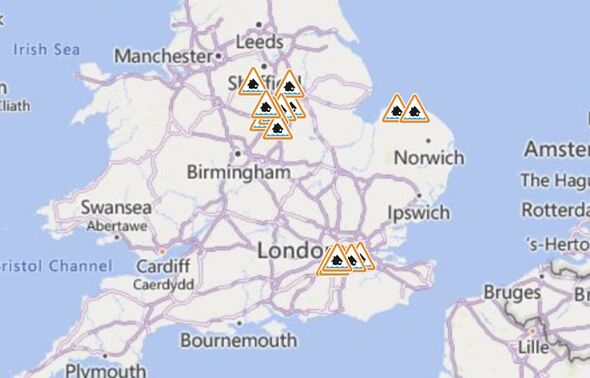 What should you do during a flood warning?

Flood alerts state that flooding is “possible” in the warning area and that people should prepare for the worst.

The Environment Agency urges people in any of the above areas to sign up for its flood warning system and keep up to date with the flood risk situation. 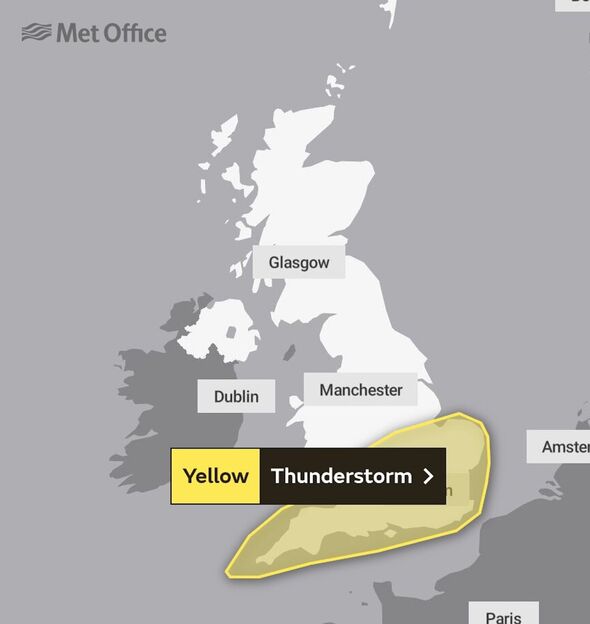 Anyone expecting floods should prepare a bag of documents and any necessary medications.

They should also ensure they know how to turn off their gas and electricity, as flood waters may dislodge supplies and cause further damage.

People must also plan where to move ahead of flooding with their family members and pets.

Forecasters expect the disruption in England and Wales today to last into tomorrow.

The Met Office has a second thunderstorm alert in place for the UK from 12am on August 17.

The warning is in place for the East and West Midlands, East of England, London and Southeast England, Southwest England and Wales, and comes with similar risks to today’s.

Floods could cause building damage and a danger to life with up to 60mm (2.3 inches) of rain within three hours.

Hail and lightning will follow, and power cuts are possible in some of the warning areas.