Two men accused of committing crimes against humanity for the Syrian state have gone on trial in Germany.

It is thought to be the first case worldwide examining the use of torture under President Bashar al-Assad’s rule.

The two – identified as Anwar R and Eyad A – allegedly worked as government intelligence officers.

Both fled Syria in the midst of its ongoing civil war and applied for asylum in Germany, where they were arrested in 2019.

Lawyers for the two men declined to talk to reporters before the case opened in Koblenz on Thursday. President Assad and his government have repeatedly denied the use of torture.

But a report by UN human rights experts in March 2018 said the government was detaining tens of thousands of people and subjecting them to “various forms of brutal torture”.

“Today’s proceedings should serve as an important reminder that more is needed to ensure accountability for the conflict’s horrific atrocities,” she said in a statement.

German authorities are investigating dozens of former Syrian officials under the principle of “universal jurisdiction” – which allows any country to prosecute those accused of war crimes, crimes against humanity and genocide.

The German Association of Judges says cases are also being investigated in Iraq, Libya, Afghanistan, Mali and other countries. “War criminals get no shelter in Germany,” association head Sven Rebehn told the DPA news agency.

What are the men accused of?

It has been accused of playing a key role in the violent suppression of peaceful protests against Bashar al-Assad’s rule that erupted in March 2011.

German prosecutors say that Anwar R, 57, was a high-ranking officer in charge of the GID’s Al-Khatib prison in the capital Damascus. He is suspected of being involved in the torture of at least 4,000 people in 2011-12, and has been charged with 58 counts of murder as well as rape and sexual assault.

Eyad A, 43, is said to have worked for Anwar R’s department and has been charged with torture in at least 30 cases.

Key evidence against the pair came from the tens of thousands of photos taken by a military defector known as Caesar, who fled Syria in 2013.

Anwar R and Eyad A reportedly entered Germany as asylum seekers in July 2014 and April 2018, respectively.

If convicted, the 57-year-old faces life in prison, while Eyad A could get up to 15 years behind bars.

Protests erupted against the Assad regime in March 2011. Nine years later, Syria is still engaged in a savage civil war.

Idlib in the northwest is the last part of the country still held by opposition forces.

Russia and Turkey brokered a truce in March after weeks of intense fighting between Turkish-backed rebels and Syrian forces supported by Russia.

Syria officially reported its first case of coronavirus last month. Idlib province has yet to announce any infections, but humanitarian groups are particularly concerned about the situation there. 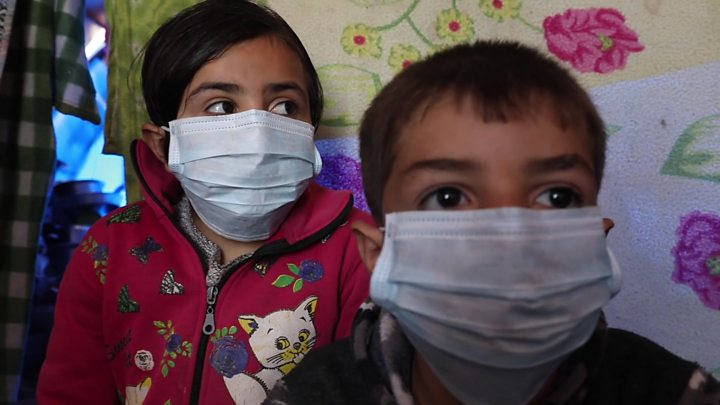