Sajid Hussain, who escaped Balochistan province in 2012 and was living in self-imposed exile, went missing on March 2. 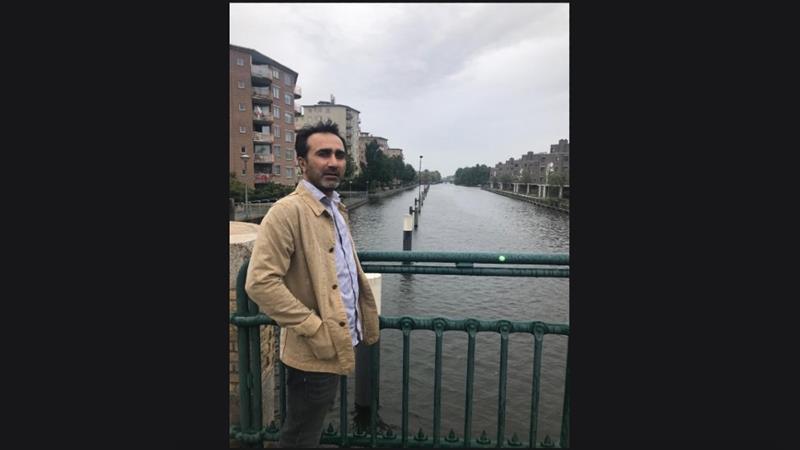 Fears are growing for a Pakistani journalist who, having escaped the South Asian country for safety reasons in 2012, has gone missing in Sweden where he was living in self-imposed exile.

Rights groups are concerned the disappearance of Sajid Hussain, 39, could be related to his reporting.

Hussain’s family, however, said they did not want to accuse anyone, adding they hoped the Swedish authorities will provide them with answers.

On Friday, the Balochistan Times, an online magazine published by Hussain, announced that he went missing from Uppsala, a city near Stockholm, on March 2.

In the magazine, Hussain reported on alleged human rights abuses in Pakistan’s restive Balochistan province, where he hails from. For more than a decade, political and armed groups in Pakistan’s largest province in the southwest, home to more than 12 million people, have been waging a separatist movement.

His wife Shahnaz Baloch, who lives in Balochistan, told Al Jazeera they were in contact on the day he went missing.

“I don’t know how he went missing or where he is right now. We need the Swedish police to help us locate my husband. They initially said that it was normal in Sweden for someone to go in isolation. We are concerned about his safety and wellbeing. It is very unusual for a journalist like Hussain to go somewhere without informing us.”

Hussain’s friends registered him as missing on March 5 with Swedish police, who have since carried out several searches for him.

“Initially, police refused to register the case saying it is normal in Sweden for someone to go in isolation. We insisted that it was not normal for us. Then they registered the case,” Taj Baloch, a friend of Hussain’s, said from Stockholm.

Jenny Johansson, case officer at Missing People (Sverige), an NGO that works with the Swedish police to find missing people, told Al Jazeera the group was in regular contact with the police to find Hussain.

“We don’t have a clue so far. We only know his last location and we are working from that angle in close collaboration with the police,” she said. “Because of his background and his job, this case is pretty unique.”

By the time of publishing, Swedish police had not responded to Al Jazeera’s request for comment.

The Pakistani embassy in Stockholm refused to respond to Al Jazeera’s request for comment.

Erik Halkjaer, president of the Swedish chapter of Reporters Without Borders (RSF), urged Swedish police to continue to investigate Hussain’s disappearance, which he also said could have been due to his work.

“At this point, we can’t ignore the possibility that his disappearance might be work related,” he said.

In recent months, several Pakistani activists and bloggers living in Europe have claimed to have been targeted for speaking up against human rights violations in Pakistan.

An RSF report last month said a Rotterdam-based Pakistani blogger, allegedly a victim of kidnapping and torture while in Pakistan three years ago, was attacked and threatened by two people believed to be Pakistani intelligence agents.

In an email to Al Jazeera, Daniel Bastard, the Asia Pacific head of RSF, said Hussain could be a victim of enforced disappearance, given the circumstances of his case and testimony by his family and colleagues.

“When you think about who could find interest in suppressing a dissident journalist, the first hypothesis leads to Pakistan’s Inter-Services Intelligence,” he said, referring to the country’s main intelligence agency, the ISI.

“We also know that two other Pakistanis based in Europe have been the victims of pressure upon their family back home in the past two months. And we know that a list of possible targets among Pakistan dissidents abroad is circulating,” said Bastard.

“The fact that Sajid Hussain was writing about human rights and the situation in restive Balochistan makes him a potential priority target.”

Hussain left Pakistan in 2012 after his house in Quetta was broken into. The unidentified perpetrators stole his laptop and some notes, while he was out working on a story.

He then moved to Oman, and later the United Arab Emirates and Uganda in self-imposed exile before arriving in Sweden in September 2017 as a refugee. His wife was expected to join him there this year.