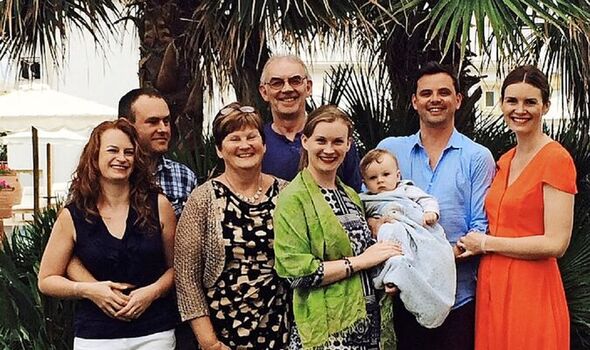 Richard Kiddle is in hospital in its capital Phnom Penh but his insurance firm would not cover the costs – estimated at more than £1,000 a day. His daughter Tracey said the family wanted to have grandad Richard medically repatriated. “We had found a company and raised £16,000 so we had enough money to cover that and the cost of his care,” she said.

But former electrician Richard, 69, caught pneumonia and could not fly.

The Daily Express reader moved from Norfolk to live with partner SreVeyn two years ago but had a brain haemorrhage and stroke on May 1.

Richard’s insurer Regency For Expats reportedly said his policy did not cover the treatment as the stroke was linked to pre-existing health conditions including high blood pressure.

Tracey plus sisters Tanya and Heidi believe his care at Sunrise Japan Hospital will be stopped if their funds run out. Tracey, 39, said: “The hospital was phoning my sister saying, ‘We need a $5,000 (£4,000) deposit before we admit him’.” When his daughters spoke to him, tearful Richard wanted to return to the UK.

Tracey claimed the family has had limited help from the British embassy.

She added: “As the situation changes every day, we’re living in a state of survival at the moment and feeling overwhelmed.” The family is fundraising for Richard to be flown back to Britain.

They have been told that, depending on his condition, this could cost anywhere from £24,000, if he can be transported on a stretcher on a commercial flight, to £85,000 to £145,000 if an air ambulance with full intensive care equipment is required.

Tracey said: “His life depends on this. We won’t be able to sustain his healthcare bills in Cambodia because they’re so high.

“We’ve already exhausted everything we have as a family and we’re relying on donations. We need to get him home so we can get him the appropriate care he needs.”

A Foreign Office spokesman said: “We are supporting the family of a British man who is in hospital in Cambodia. Our staff are also in contact with the hospital.”