(Reuters) – Major sports events around the world that have been hit by the coronavirus outbreak: 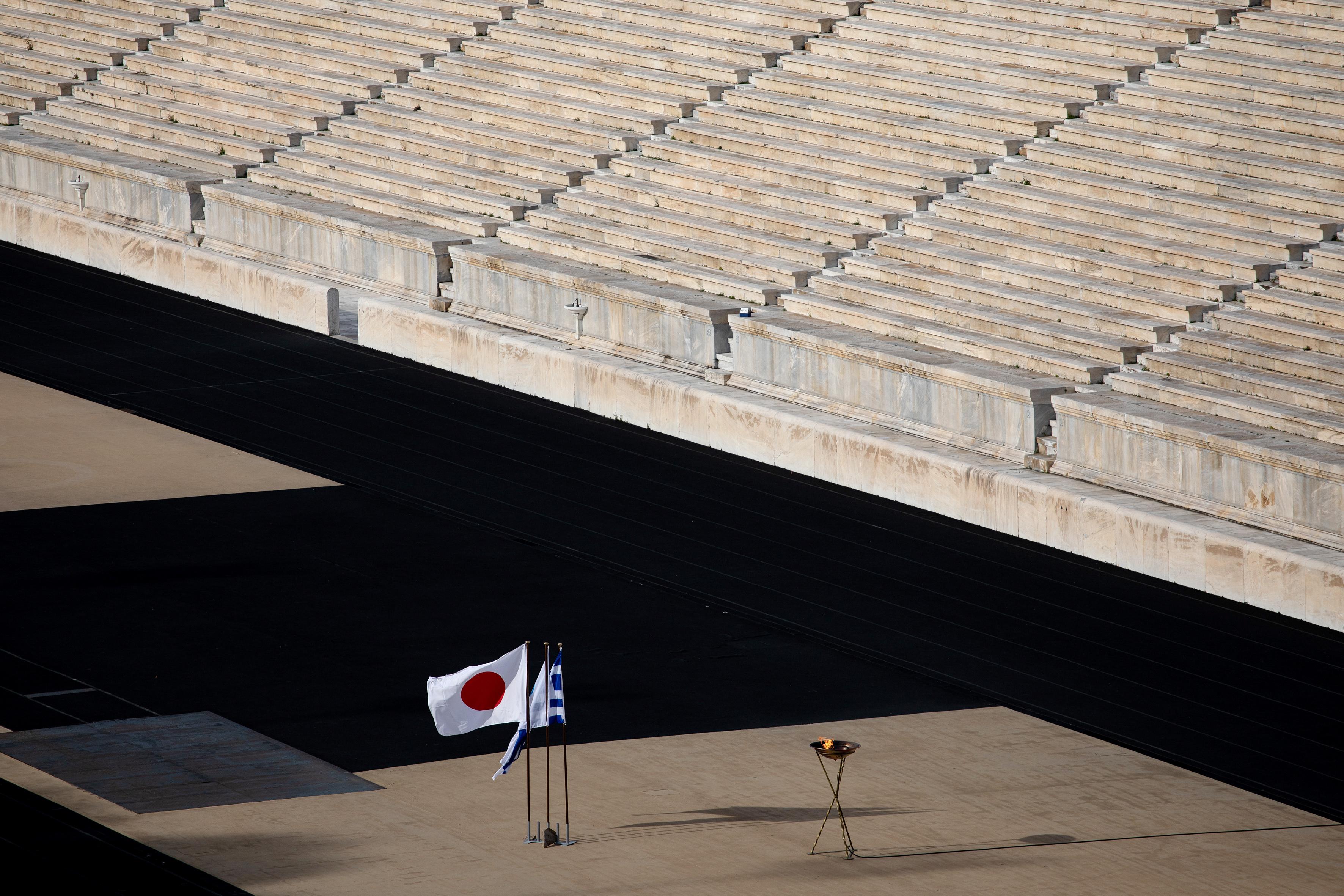 ** The Tokyo 2020 Olympics torch lighting ceremony in ancient Olympia was held without spectators.

** The Olympic Games flame handover in Athens will be done in an empty stadium on March 19.

** The Hellenic Olympic Committee suspended the remainder of the torch relay through Greece to avoid attracting crowds.

** The NBA suspended its season.

** The NHL suspended its season.

** All elite soccer matches in England, including the Premier League, Football League and Women’s Super League, were suspended until April 4.

** The German Football League called off matches scheduled for March 13-15 in the Bundesliga and second-tier Bundesliga 2. They recommended both leagues be suspended until April 2.

** UEFA postponed all Champions League and Europa League matches due to take place this week.

** The Confederation of African Football postponed two rounds of the 2021 Africa Cup of Nations qualifiers (March 25-31).

** CONCACAF suspended all competitions, including the Champions League and men’s Olympic qualifiers.

** The top two tiers of French football — Ligue 1 and Ligue 2 — were suspended.

** All matches in Spain’s top two divisions were postponed for two weeks.

** England’s friendly internationals against Italy and Denmark at Wembley (March 27 and 31) will not take place.

** All soccer in the Netherlands was suspended until the end of March.

** New seasons in the Chinese, Japanese and South Korean leagues were postponed.

** Australia’s A-League banned fans from matches for the rest of the season.

** Tickets are not being sold for the Euro 2020 qualifying playoff semi-finals between Bulgaria and Hungary, and Bosnia and Northern Ireland.

** The Mexican soccer league said all matches in the top-flight, second tier and women’s league were suspended until further notice.

** The Paris and Barcelona marathons were postponed.

** The final qualification tournament in Taiwan for the Olympics was put back from April to June 17-21, while the March 22-26 qualification event in Arizona was postponed here

** Japan’s professional league postponed the start of the season.

** The last two games of Australia’s three-match one-day international series against New Zealand in Sydney and Hobart were canceled.

** The start of the Indian Premier League T20 tournament (March 29) was postponed until April 15.

** The boards of India and South Africa agreed to reschedule a three-match ODI series to a later date. The first match on March 12 was washed out.

** The final leg of Bangladesh’s tour of Pakistan, which involved a test match and an ODI in April, was postponed.

** Cycling’s governing body plans to retroactively use March 3 as the cut-off point for Olympic qualification in mountain bike, BMX Racing and BMX Freestyle.

** The final two stages of the UAE Tour were canceled after two Italian participants tested positive.

** The Paris-Nice cycling race ended a day early after the eighth stage into Nice was canceled.

** The Giro d’Italia, scheduled to start in Budapest, Hungary on May 9, was postponed.

** The year’s first major, the Masters, was postponed from April 9-12 to “some later date”.

** The Players Championship in Florida was canceled after the first round. The next three PGA events were also scrapped.

** The Honda LPGA Thailand event and the HSBC Women’s World Championship in Singapore were canceled.

** The next three LPGA Tour events scheduled for Arizona and California were postponed.

** The Indian Open, the Maybank Championship in Kuala Lumpur and the China Open were postponed.

** The Swedish Ice Hockey Association ended the 2019-20 season with no playoffs, no champions, no promotion and no relegation.

** The International Judo Federation canceled all Olympic qualification events until the end of April.

** Formula One canceled the Australian Grand Prix and postponed the next three races in Bahrain, Vietnam and China.

They hope to start the season in Europe at the end of May, putting the Dutch and Spanish races currently scheduled for May 3 and 10 in Zandvoort and Barcelona in doubt.

** Four rounds of the MotoGP season in Qatar, Thailand, Texas and Argentina will not go ahead as scheduled.

** Round four of the World Rally Championship in Argentina (April 23-26) was postponed.

** The World Rallycross Championship opener in Catalunya-Barcelona (April 18-19) was postponed.

** Rally Mexico was cut short after the second leg.

** The Singapore and Hong Kong legs of the World Rugby Sevens Series were postponed from April to October.

** Rugby Europe announced a suspension of all its matches and tournaments from March 13-April 15.

** The Premiership Rugby Cup final on Sunday (March 15) was postponed.

** Super Rugby has suspended its season.

** Rugby Australia locked down its headquarters to be disinfected after two members of the national rugby sevens program were tested for the virus.

** The ATP suspended its professional men’s tennis tour for six weeks after the Miami Open (March 23-April 5) was canceled.

** The BNP Paribas Open in Indian Wells was canceled.

** The WTA said its events in Mexico and Colombia in March and April would not be held. The Xi’an Open and Kunming Open had already been canceled.

** The International Triathlon Union suspended all activity until April 30.

** The rest of the modern pentathlon World Cup season was postponed until May.

** The World Cup finals in Cortina were canceled along with the last three women’s races in Are.

** The women’s world ice hockey championships in Canada were canceled.

** The speed skating world championships in Seoul were postponed until at least October.

** The March 16-22 world figure skating championships in Montreal were canceled.

** A European qualifying event in London for the Olympics will be closed to spectators from March 16.