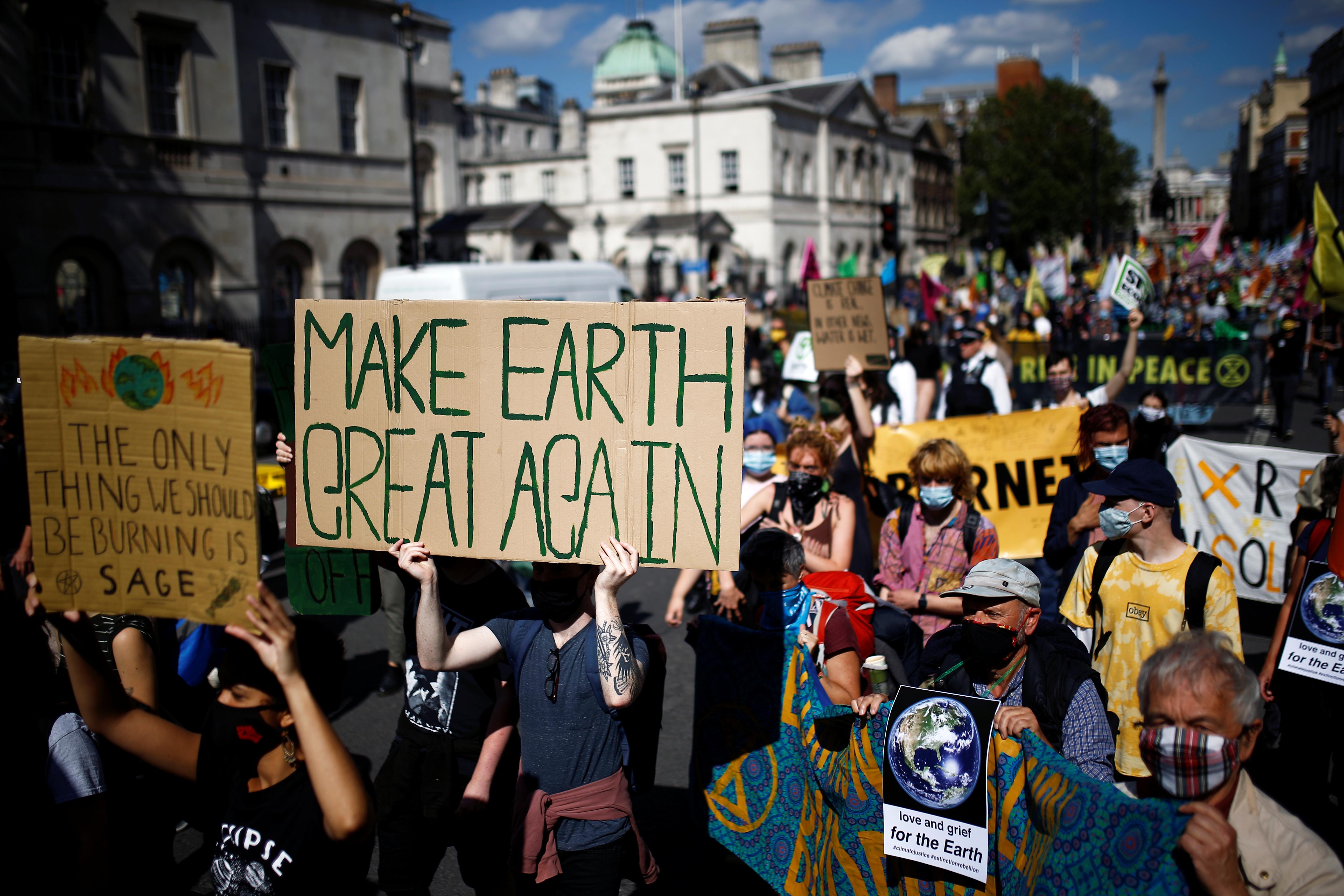 The rallies in London’s Parliament Square and in the cities of Cardiff and Manchester come after protests planned for earlier in the year were canceled due to the spread of the coronavirus.

Extinction Rebellion say an emergency response and mass move away from polluting industries and behaviors is needed to avert a looming climate cataclysm.

Lawmakers returned to Westminster on Tuesday after a summer recess, and the activists are lobbying them to support a “Climate and Ecological Emergency Bill” and a citizens’ assembly to discuss new approaches to tackling climate change.

“The government is failing to do what’s necessary to keep people safe. We are here, taking action, because their criminal negligence is putting lives at risk,” the group said on its website.

“We refuse to be bystanders and wait for this emergency to push beyond the point of no return.”

Last week organizers said that other “institutions of power” would be targeted in the coming days, adding that they would encourage protesters to respect social distancing in light of the COVID-19 pandemic.

Police late on Monday placed restrictions on where protesters could gather and said they must follow the rules or be liable to arrest.

Prime Minister Boris Johnson has said that climate activists should be “jumping for joy” at the government’s climate record, and on Tuesday said new policy announcements would be made in the autumn.

“And there will be a lot to more to come about the way in which this government is going to lead a new green industrial revolution for the UK.”