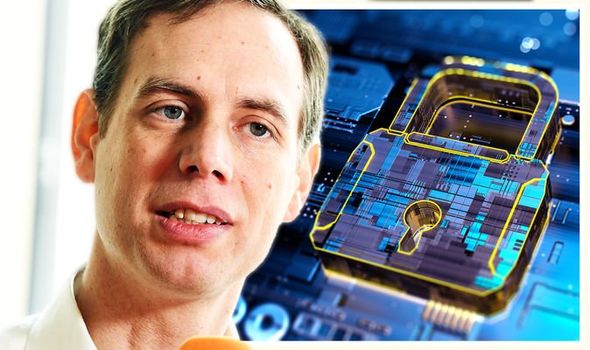 There are fears new proposals could mean individuals living in the EU will no longer be able to chat privately without the state being able to see what is being sent. The EU Commission is pushing to oblige all providers – such as WhatsApp, Skype and Signal – to scan private chats.

If an image sent privately pings an automated system as being suspect, the chat provider will send it to investigators.

Patrick Breyer, an online privacy advocate and Pirate Party MEP, told German newspaper Bild: “To snoop on personal communications without specific suspicion is not possible – the EU Commission has to learn that.”

Konstantin Kuhle, a lawyer and German MP for the Free Democratic Party, said: “Even in the digital world, access to private communication must be protected.”

In July, the EU Parliament voted on the “use of technology to process data in order to combat the sexual abuse of children on the internet”.

However, the current regulations are only intended to be temporary, and further, permanent laws are being brought forward.

These new laws would require companies that offer encrypted messaging to screen chats on the EU’s behalf.

In draft proposals published in February, the EU claimed that the plans were consistent with privacy law and that the bloc had to keep up with modern communication methods.

Mr Breyer said following the July vote that the move was “ineffective, illegal and irresponsible.”

He added: “The adoption of the first-ever EU regulation on mass surveillance is a sad day for all those who rely on free and confidential communications and advice, including abuse victims and press sources.

“The regulation deals a death blow to the confidentiality of digital correspondence.”

Marcel Kolaja, Czech Pirate Party MEP and Vice-President of the European Parliament said: “Post officers also do not open your private letters to see if you’re sending anything objectionable. The same rule should apply online.”

MEPs said at the time that the pressure they were under to approve the measures was tantamount to “moral blackmail”.

Sophie in ‘t Veld, a Dutch MEP, told Politico: “Whenever we asked critical questions about the legislative proposals, immediately the suggestion was created that I wasn’t sufficiently committed to fighting child sexual abuse.”

The Chinese state is known for having some of the heaviest surveillance of its population in the world, with tight control over content on the internet.

In 2017, the Cyberspace Administration of China imposed restrictions on the production and distribution of online news.

The regulation required all platforms – from blogs to social media sites – to be managed by communist party-sanctioned editorial staff.

Facebook has for a long time been banned in vast swathes of the nation due to state censorship, and Chinese social media platforms have heavy state involvement.