Italy’s economy has ground to a halt and poses a serious challenge to the EU with a lack of reforms and high public debt burdening the nation as the coronavirus puts the country on lockdown. The Italian government introduced a nationwide restriction on travel and public life on Monday night in a last-ditch attempt to control the coronavirus outbreak that has claimed over 600 lives and infected more than 10,000 in the country. The move looks set to see the world’s eighth-largest economy plunge as business is halted to curb the tsunami of Covid-19 cases.

Hans-Olaf Henkel, the ex-BDI boss and former MEP, has warned of a new euro crisis looming.

He said: “Italy will be a huge problem for the EU. The country’s economy is no longer growing and there is a lack of reforms against the high public debt. Now the corona crisis is added.”

On Monday, Italian prime minister Giuseppe Conte extended the measures of the red zones, applied to hotspots in the north, to all of the national territory, one of the most severe responses to the virus outside of mainland China. 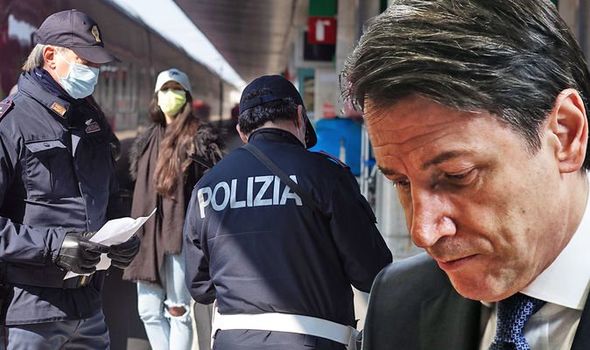 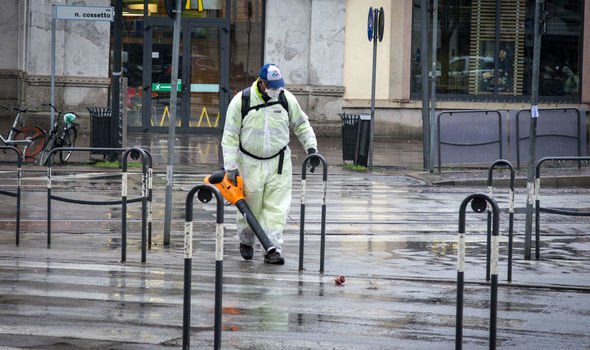 Restaurant visits and overnight stays at hotels in the country account for around four percent of the total gross domestic product in Italy.

According to Mr Krämer, if only 30 percent is lost for a quarter, this means a decline in GDP of 1.2 percent in the quarter.

Some bars and restaurants remain open but with a restriction on opening hours with no commercial activities meant to take place after 6pm.

Public gatherings are banned, ranging from weddings and funerals, to religious services, which will further hit the hospitality industry and business.

UniCredit’s research department anticipates that the barrier will “have a major economic impact in the short term, but it should make it possible to curb the spread of the virus more quickly.”

But the closure of the north of Italy alone, which makes up about two-thirds of all exports, has already hit them hard.

With 137.3 percent of GDP, the country has the second-highest public debt in the European Union after Greece. By comparison, Germany has 61.2 of GDP. According to the Maastricht Treaty, only 60 percent is permitted – a limit that many EU countries are breaking.

“Such measures are absolutely sensible and have proven themselves in the crisis. A general stimulus programme, on the other hand, hardly helps,” adds Mr Krämer.

The Italian banking association ABI is also ready to help and wants to suspend loan payments for up to one year or extend terms. The large bank Intesa Sanpaolo from the Euro Stoxx 50 wants to grant companies liquidity aid of up to five billion euros – because the crisis is not permanent. 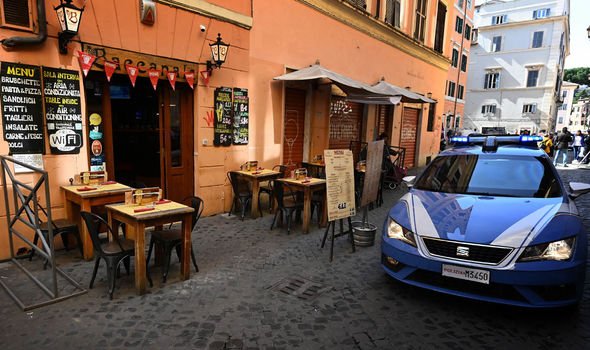 Italy also receives support from the EU Commission, which backed the Italian aid package at the weekend. 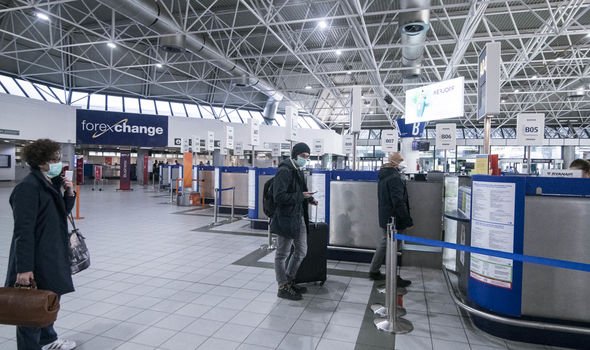 Meanwhile, all ski resorts in the country are closed, and major events and sporting events are cancelled.

According to the Robert Koch Institute, the whole of Italy is a “risk area” and a restricted area – with serious consequences for the economy.

As economists attempt to assess the full impact on the nation, Marco Protopapa, an economist at JPMorgan, said his research team had found “that press reports … hint at the concrete risk of a further escalation of measures to an unprecedented level, at least in the North.” 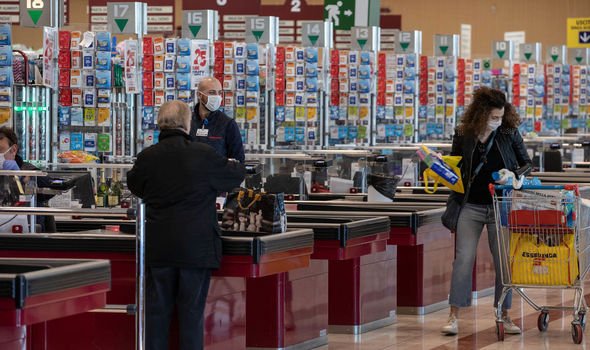 “According to the press, the regional authorities of Lombardy and Veneto have asked for a Wuhan-style full shutdown (including factories) of two weeks in order to prevent a collapse of the health system overloaded by the number of infected cases requiring hospitalisation.

“Of course, such a new measure, even if only applied to a part of the country, would pose additional and even harder to quantify downside risk, as the affected population would effectively be imposed a 24-hour curfew for two weeks, with everything closed except grocery shops and pharmacies and health care facilities.”

At the time of writing, the state of emergency applies until April 3. The prime minister has hinted at introducing tougher lockdown measures to control the outbreak.