Home » World News » EU outrage: Shock reason why coronavirus could cause Italy to ‘crash out of eurozone’

Italy has been affected by the coronavirus outbreak more than any other European country, with the continent now described as the epicentre of the pandemic. As of Monday, Italy has seen over 2000 deaths in the country as it remains under strict lockdown. Meanwhile, French President Emmanuel Macron announced similar precautions would be taken in France and the EU is planning to close its borders – should a vote pass today. But as the entire bloc imposes aggressive measures to try and prevent further damage, one expert warns that the crisis could lead to Italy departing the eurozone altogether.

Writer and researcher Doug Bandow highlighted in his article for National Interest on Monday that Italy’s crisis has displayed cracks between EU member states.

He mentions how Austria closed its border with Italy when the outbreak began to accelerate last month, including trains trying to move between the two countries.

Italy’s permanent representative to the EU, Maurizio Massari, told Foreign Policy last week: “We asked for supplies of medical equipment, and the European Commission forwarded the appeal to the member states. But it didn’t work.”

The country has instead relied upon China to try and salvage its increasingly chaotic situation. 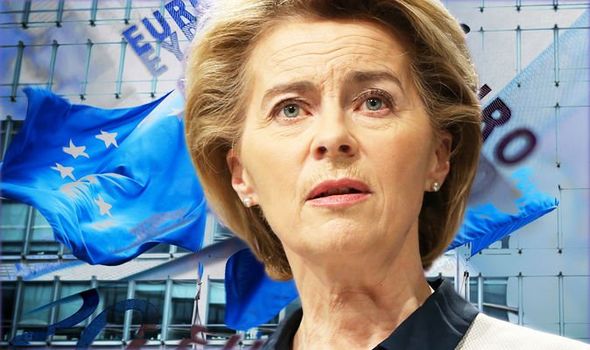 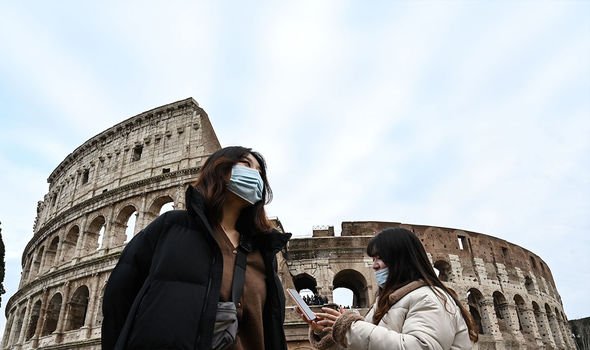 A truck from China also arrived bringing with it 230 boxes of medical equipment.

As Foreign Policy reports, it was less than Chinese State Councilor Wang Yi had promised Foreign Minister Luigi Di Maio of Italy in a phone call on Tuesday, but two days after the phone call the supplies were on their way.

But the economic concerns across Europe could leave even deeper cracks between Italy and the rest of the EU27.

As Mr Bandow highlights, Christine Lagarde, the President of the European Central Bank, said it was not her institution’s responsibility to “close the spreads” between Italian and German government bonds. 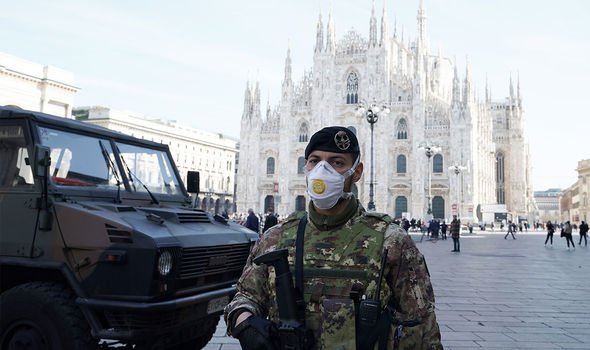 While the EU and ECB have come to the aid of countries like Greece in times of economic turmoil, the same may not be possible with Rome.

The Greek financial crisis erupted in 2009 when the worldwide recession of 2008 triggered further weakness in the Athens economy.

Despite austerity measures, Greece required huge bailout loans in 2010, 2012, and 2015 from the International Monetary Fund, Eurogroup, and European Central Bank.

However, Italy has a £1.7trillion economy.

This means the EU would be unable to bail out its economy should the coronavirus drag it to the brink of collapse. 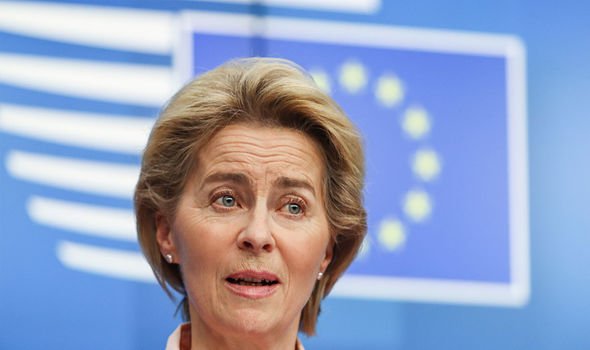 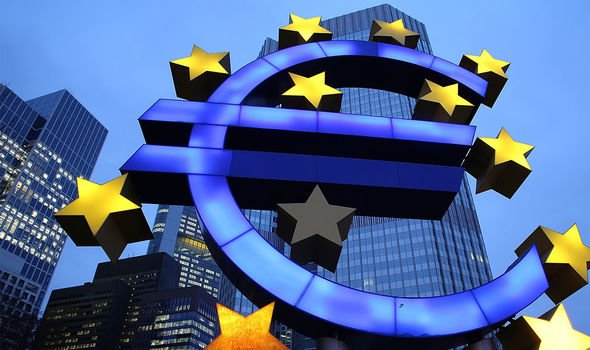 The country also has a history of feuds with the bloc’s biggest economies, including a clash with Germany when former Prime Minister Silvio Berlusconi’s leadership came under threat after the global financial crisis.

Mr Bandow warns that “Italy could crash out of the euro and bring down banks across the continent.”

He added: “Anger from the blank response to Italy’s plea is likely to persist beyond the health crisis.

“That alone won’t break up the EU. But no one would be surprised if another European financial crisis follows. Italy already is weak; the cost of treating thousands of ill Italians combined with the costs of shutting down the country to halt infections could break the economy.”