BRUSSELS (Reuters) – The European Union pushed on Wednesday for a gradual reopening of borders within the bloc shut by the coronavirus, saying it was not too late to salvage some of the summer tourist season while keeping people safe. 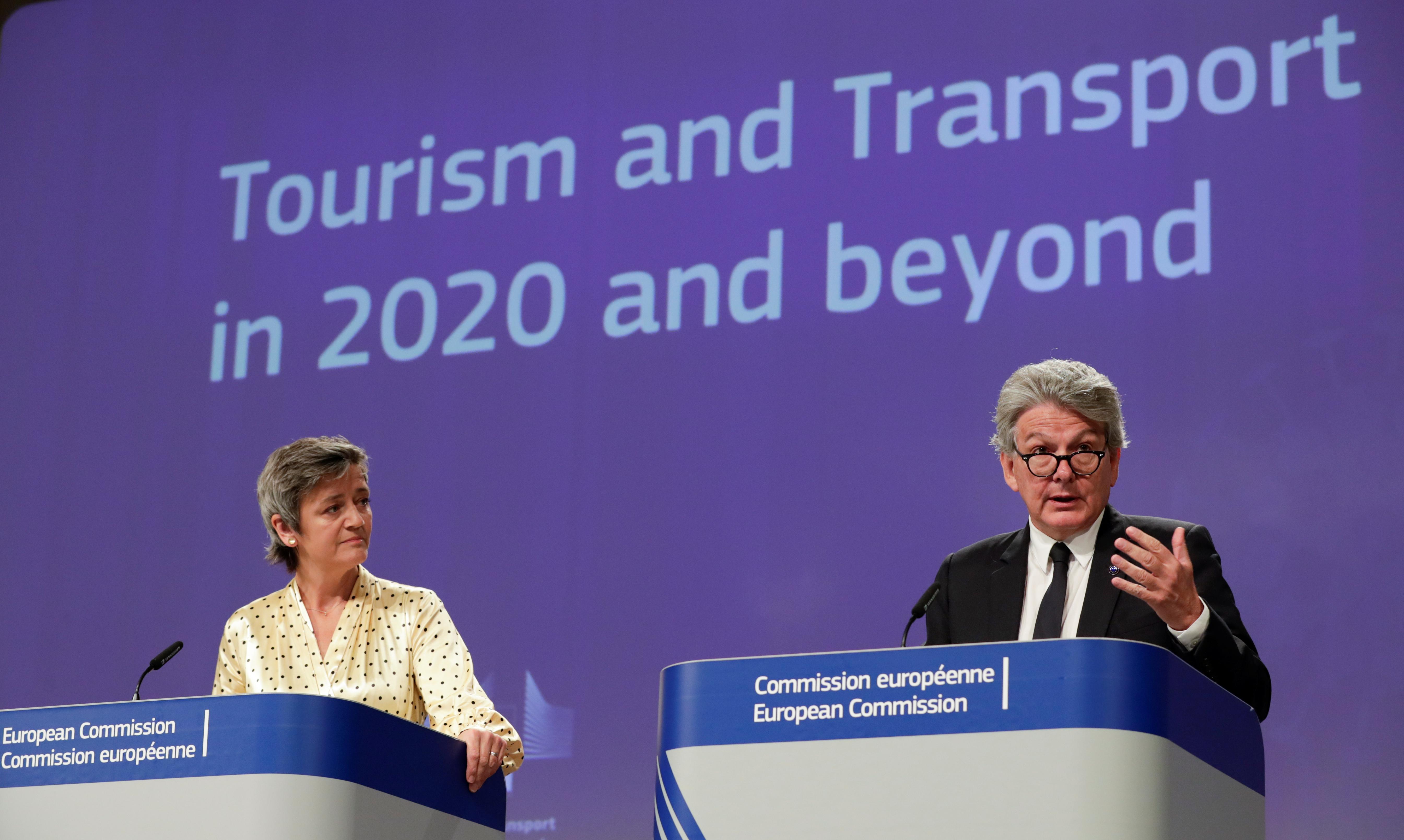 The EU’s executive Commission urged a return to “unrestricted free movement” within Europe, with plans that include requiring face masks on airplanes and social distancing on trains.

“Our thoughts are now turning toward summer and to the places that we love to travel,” said Margrethe Vestager, a Commission deputy heads who presented the proposals. “That means taking gradual, careful steps to help travel restart in line with what science tells us.”

The proposals were praised by tourism industry groups as a first step to help save their businesses, but are non-binding on the bloc’s 27 member nations. The EU’s external borders would remain closed for non-essential travel at least until mid-June.

European countries that have experienced severe disruption to fight some of the world’s worst outbreaks appear in no hurry to let in large numbers of visitors. Two Spanish foreign ministry sources told Reuters Spain plans to keep its borders closed to most travellers from abroad until July.

Many Europeans have already cancelled their holiday plans.

“We were all set to take the kids to Spain and Italy this summer. But not now, it’s too risky even if it is allowed,” said Jean-Paul, a 57-year-old Frenchman, who has frozen hotel reservations he now hopes to use with his family in 2021.

“For now, we’ll stay close to home and just enjoy some cycling, walking and fishing instead.”

Europe’s museums, beaches and plazas have been virtually empty since mid-March under a near-blanket travel halt that has destroyed jobs, pulverised the airline and hospitality sectors and undermined Europe’s cherished principle of free movement.

Travel accounts for around 10 percent of the EU economy.

The Commission’s proposals require airlines and airports to insist passengers wear masks, and reorganise check-ins, dropoffs and luggage pickups to avoid crowds. They would not require that middle seats be left empty on planes, a measure some airlines say would make profitable flying impossible.

“This looks like good news,” said Toni Mayor, president of a hotels’ association in Spain’s Valencia region which includes the major package holiday destination Benidorm. “If this combines with less pressure from the virus, as it seems, … we might just be able to half-save the summer season.”

The commission also wants vouchers for cancelled flights or holidays to be valid for at least a year, with protection against bankruptcies, so people will accept them instead of demanding refunds from cash-strapped airlines and travel firms.

It said people should be able to stay in hotels, eat in restaurants or go to beaches – though it stressed the situation would have to be monitored to prevent a new surge in infections.

“Until a vaccine or treatment is available, the needs and benefits of travel and tourism need to be weighed against the risks of again facilitating the spread of the virus that may result in a resurgence of cases, possibly leading to a reintroduction of confinement measures,” the Commission said.

European governments are pressing ahead with their own plans to reopen at different speeds, depending on national circumstances. Some are promoting domestic tourism.

Already, the three Baltic states have decided to reopen borders to each others’ citizens from May 15, creating a “travel bubble”.

Austria and Germany plan to fully reopen their border on June 15. That will particularly help Austria’s tourism industry, which relies heavily on German visitors.

Vienna is also working on staggered reopenings with Switzerland, Liechtenstein and some eastern European countries. 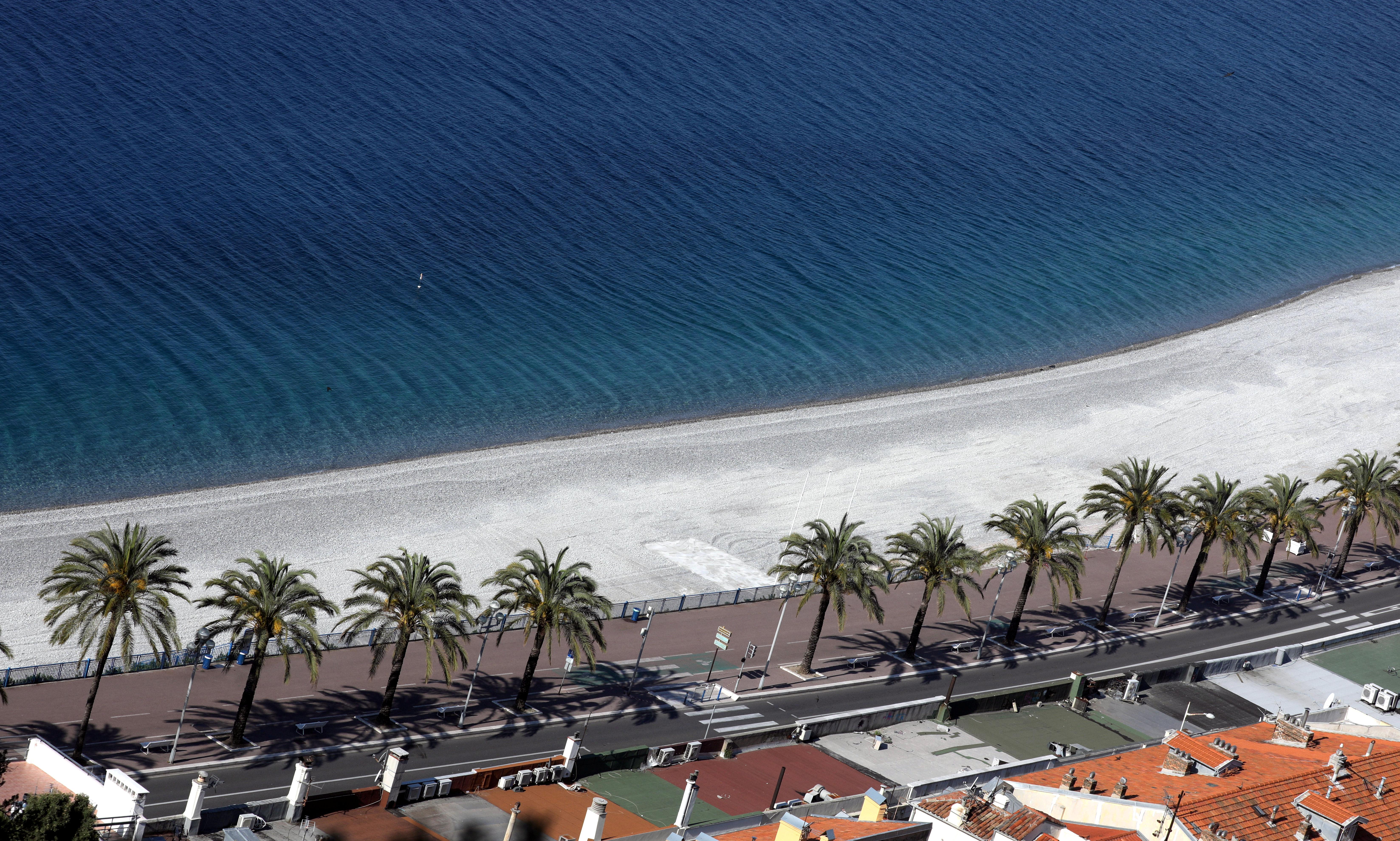 But some of the biggest tourist destinations are in the hardest hit countries, including Italy, Spain and France, which are opening up carefully. Spain and others are moving towards imposing a two-week quarantine period for travellers arriving from abroad, even as they ease lockdowns at home.

In Berlin on Wednesday, travel agency owners protesting to demand more government support for their clients drove buses past the Brandenburg Gate, emblazoned with banners. Hamburg airport tweeted a video showing socially distanced protesters at a terminal with suitcases on carts displaying signs saying “We travel agents won’t leave our clients out in the rain”.