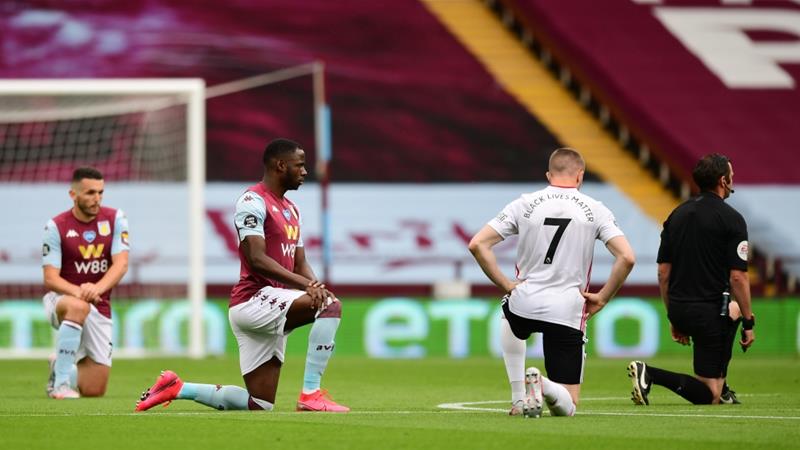 Players and match officials kneeled in support of the Black Lives Matter movement and victims of the coronavirus were remembered as the English Premier League made a sombre return after a 100-day break due to the pandemic.

The symbolic move, which will continue in this weekend’s round of games, is being accompanied by demands from players for substantive changes to end discrimination and promote diversity.

The UK is still trying to contain one of the world’s worst outbreaks of the coronavirus while also convulsed by a reckoning over racial injustice that roused the campaigning passion and anger of Premier League players following the death of George Floyd, an unarmed Black man.

After the opening whistle in the first game at Villa Park, every player took a knee in a tribute to Floyd, who was killed by a policeman in the US state of Minnesota last month.

In Manchester, the same happened just before kick-off in a near-empty stadium. 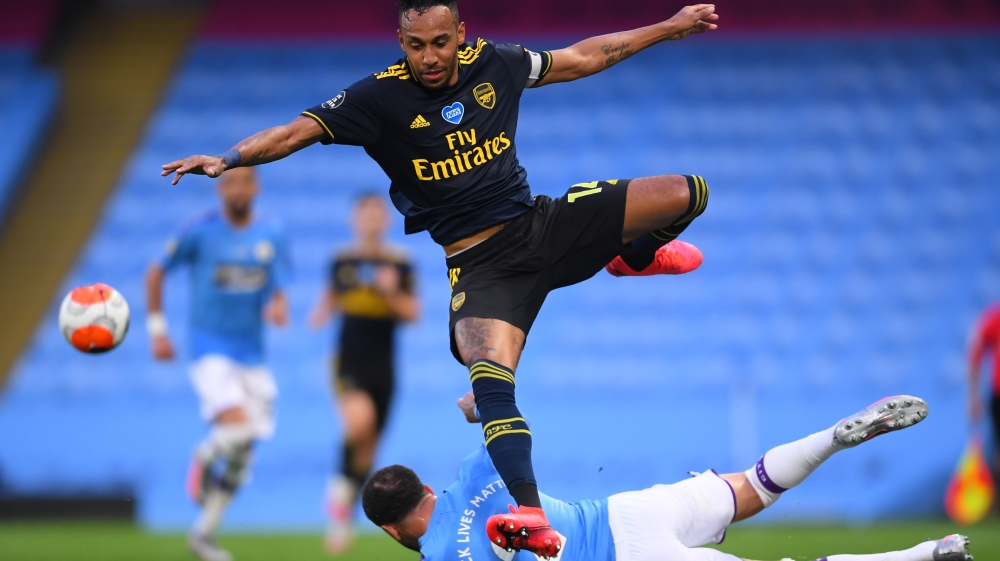 The resumption of the Premier League comes as Prime Minister Boris Johnson’s Conservative government faces criticism for not ordering a nationwide lockdown until March 23 and for easing restrictions in England too soon given still-high levels of new cases and deaths.

The UK has recorded more than 42,000 coronavirus-related deaths.

Of the five biggest football nations in Europe, England is the fourth to get back on the field.

Germany was first last month, while Spain and Italy resumed this month. France cancelled the remainder of its season while the virus was still peaking.

The Premier League plans to finish the remaining 92 games of its season by July 26. There are also contingency plans for what to do if a second wave of infections that causes another shutdown but not about how to resolve an incomplete season.