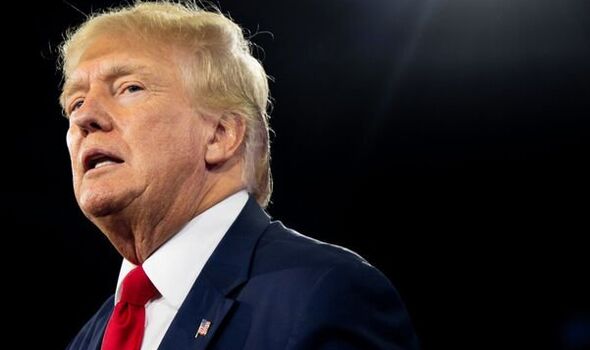 Agents from the Federal Bureau of Investigation (FBI) have executed a search warrant at Donald Trump’s home in Palm Beach, the 45th President has claimed.

In a statement issued on Monday night, the ex-POTUS alleged his Florida residence was “under siege” by agents from America’s domestic intelligence and security service.

Mr Trump’s said: “These are dark times for our Nation, as my beautiful home, Mar-A-Lago in Palm Beach, Florida, is currently under siege, raided, and occupied by a large group of FBI agents.”

He added: “After working and cooperating with the relevant Government agencies, this unannounced raid on my home was not necessary or appropriate.

“It is prosecutorial misconduct, the weaponisation of the Justice System, and an attack by Radical Left Democrats who desperately don’t want me to run for President in 2024, especially based on recent polls, and who will likewise do anything to stop Republicans and Conservatives in the upcoming Midterm Election.”

Mr Trump even compared the alleged raid to Watergate after claiming agents “broke into” his safe.