Italy: Superyacht sinks off coast and disappears into sea

The yacht “SAGA”, worth about £42million, flying the flag of the Cayman Islands but with an Italian crew on board, sank about nine miles off the coast of Catanzaro Marina. At the time of the accident, the 40-metre-long luxury boat was sailing from Gallipoli to Milazzo.

It all happened at 1pm on Sunday, August 21.

The Operations Room of the Port Authority of Crotone was alerted the previous night by the crew reporting water on board.

After the request for help, a Romanian patrol boat was immediately sent to the area for rescue operations.

The ship, in service on behalf of the Frontex agency, and the CP321 patrol boat from Crotone arrived on the spot in a short time.

Four passengers and a staff member were put on the Romanian patrol boat and then brought to safety at the port of Catanzaro Marina.

The shipping company contacted a towing company from Crotone to attempt to recover the boat which was sinking more and more rapidly. 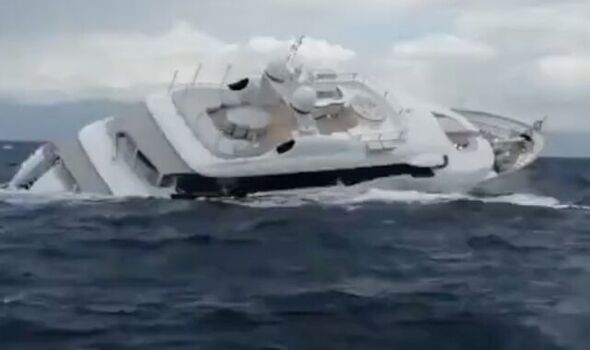 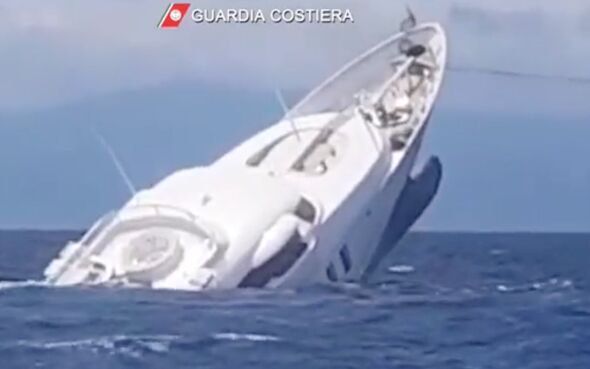 At the first light of dawn, the tugboat Alessandro Secondo from Crotone arrived on site for the recovery of the yacht.

Rescuers took four other crew members and the commander on board.

After the rescue, the situation gradually began to worsen: the yacht continued to tilt and take on water.

Soon the luxury ship was submerged up to the fly, making recovery operations impossible.

The Alessandro Secondo then let go of the yacht completely, which at that point sank in no time.

The causes of the sinking have not been disclosed.

An administrative investigation will be launched on the incident to verify the circumstances of the accident.

The local Maritime Office of Catanzaro Marina will take care of the investigation.

In May, a superyacht worth £6million sank in Torquay marina after going up in flames.

Emergency services were called to the blaze on the 85ft (26m) luxury vessel at Princess Pier in Torquay, Devon with five fire engines attending.

The blaze engulfed the motorboat which broke away from its mooring and drifted into the pier.

Members of the public described hearing a bang before seeing a huge plume of black smoke.

The blaze burnt through the ropes mooring the vessel, leaving the boat to drift into the pier.

The boat was secured by the fire service near the marina’s pier before it sank.

All businesses along the waterfront were closed.

Emergency services declared a major incident and officers evacuated a nearby beach and roads.