More than 80 suspected members of a criminal group that was manufacturing and selling fake COVID-19 vaccines – including to other countries – have been arrested in China.

Police in the capital Beijing, as well as in Jiangsu and Shandong provinces, broke up the group which was producing a simple saline solution that was being sold as fake vaccines.

According to state media, the group – led by a suspect with the surname Kong – had been active since last September and the false jabs were being sold in China and abroad.

Live COVID updates from UK and around world 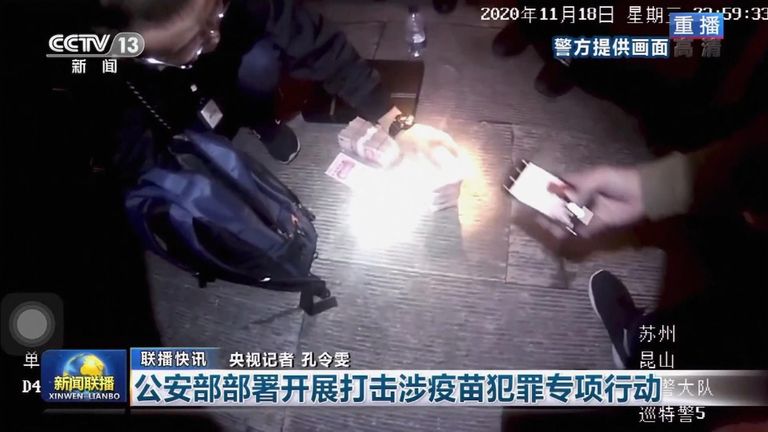 “The Chinese government highly values vaccine safety and will continue to take efforts to strictly prosecute any counterfeits, fake sales and illegal business, and other related actions that involve vaccines.

“At the same time, China will strengthen our law enforcement cooperation with the relevant countries, to earnestly prevent the spread of this type of illegal and criminal action.”

China has reformed vaccine safety regulations and increased criminal penalties for those caught making counterfeits in response to recent scandals. 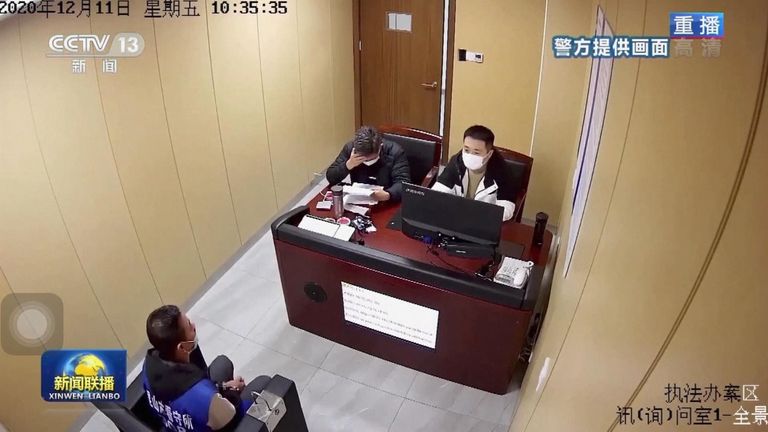 In 2016, police arrested two people who were in charge of a group that sold millions of improperly stored vaccines across the country.

Such events had previously seen a fall in trust in vaccines in China.

However, since the outbreak of the coronavirus pandemic, confidence in vaccines has been high.

China has at least seven COVID-19 vaccines in the last stage of clinical trials.

And one jab, produced by the state-owned Sinopharm, has been approved for domestic use. 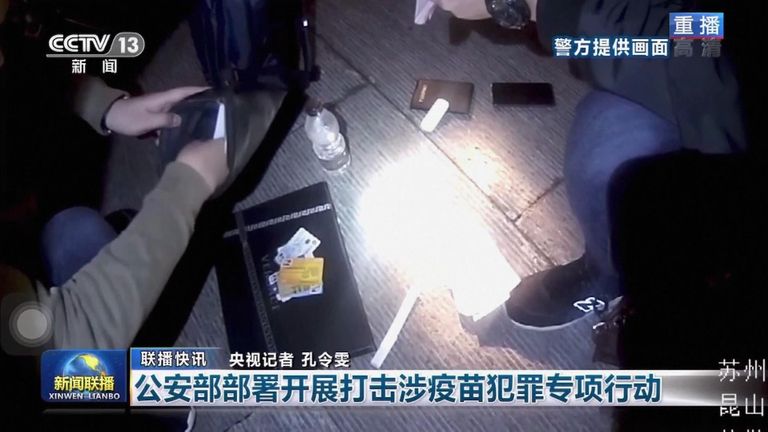 More than 24 million doses of domestic vaccine candidates have been given in China as part of its mass vaccination campaign.

In contrast to countries such as the UK – which has focussed on vaccinating the elderly first – China has targeted groups such as medical staff and workers in food-related industries, as well as adults between the ages of 18 and 59.

Sinopharm and other Chinese companies have made deals or donated their vaccines in at least 27 countries around the world.