Britain is sending military medics and specialist kit to double the intensive care capacity on the Falkland Islands because of the global coronavirus pandemic, Sky News can reveal.

The six-strong team, with equipment for two intensive care beds, is expected to arrive on the British overseas territory on Tuesday.

Other medical supplies are also being dispatched as a precaution on the 8,000-mile journey from the UK to the South Atlantic archipelago, including additional oxygen, face masks and medication.

“We are making sure our people are looked after wherever they are in the world,” a source with knowledge of the plan said.

The Falkland Islands, home to around 3,000 islanders and a base for about 1,300 British forces, has not yet had a confirmed case of COVID-19, the disease caused by coronavirus.

However, a number of islanders are displaying suspected symptoms, including a child who is in one of just two existing intensive care beds at the King Edward Memorial Hospital in the islands’ capital Stanley – the only hospital on the Falklands. It is here that the new medical team and intensive care beds will be based. 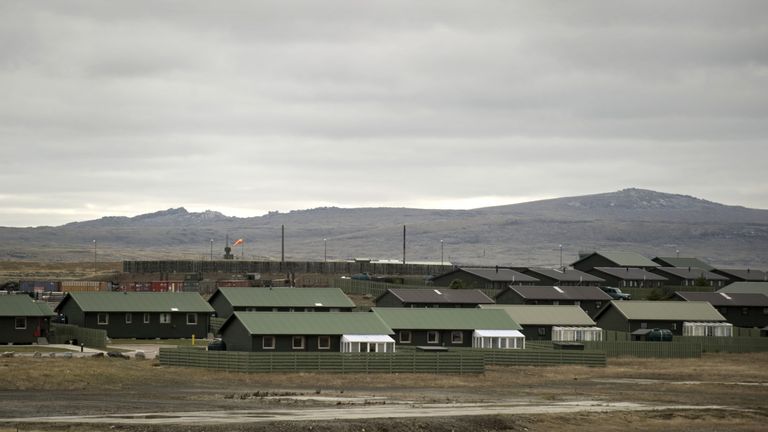 Sky News understands that some 25 people – a combination of military personnel and family members – are also suffering possible coronavirus symptoms at Mount Pleasant, a large British base on East Falkland, set up after the 1982 war with Argentina.

They have been put in isolation as a precaution, though an initial batch of coronavirus tests came back as negative.

Major-General Julian Thompson, who played a leading role in repelling Argentine forces from the Falklands almost 40 years ago, said Britain’s defences could be compromised by a COVID-19 outbreak amongst the military.

“If you get it badly you are going to end up with a lot of guys ill and not fit to defend the place,” he said. 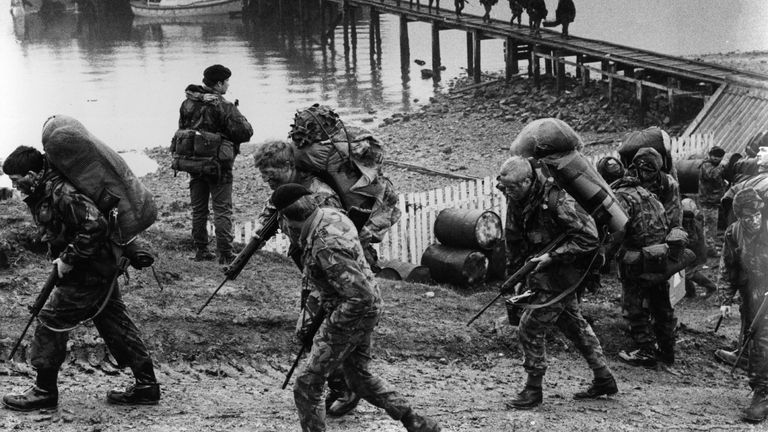 The military is looking to fly some service personnel, civil servants and contractors, who are deemed particularly vulnerable to COVID-19, back to Britain to reduce the burden on the limited medical capacity at the base should an outbreak occur.

A small number of islanders may also choose to use the Royal Air Force airbridge that runs twice-weekly between Mount Pleasant and RAF Brize Norton in Oxfordshire.

Alongside the 1,300 soldiers, sailors, airmen and Royal Marines stationed at Mount Pleasant are hundreds of contractors and a contingent of civil servants.

The base houses a detachment of fast jets, along with their airborne refuelling tanker, able to scramble at any time in response to any threat. It also has a Radar array that has to be constantly manned. 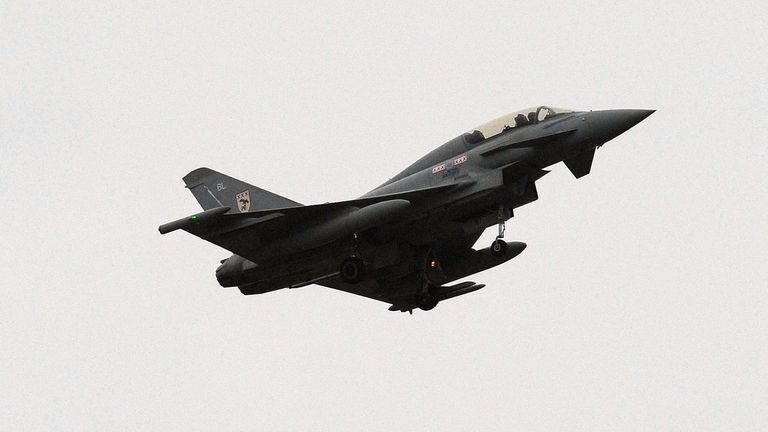 As part of military planning for COVID-19, the Ministry of Defence has signalled that special precautions will be taken to ensure service personnel conducting critical security tasks in the UK and around the world are able to work.

This includes either putting people in isolation to reduce their chances of falling sick or – for those moving into or out of a country – to spend a fortnight in quarantine on either side.

Major-General Thompson believes Argentina may still try to take advantage of the global health crisis to score points against Britain over the territory.

He said: “They might try and exploit it in perhaps in a subtle way – ‘isn’t it better for you to be close to us? We can help you. We can take you into our hospitals, it’s much easier. We are only 300 miles away instead of 8,000 miles away. We can send our doctors across to you. Wouldn’t it be much better if you cuddle up to us instead of belonging to those people 8,000 miles away’.”