The coronavirus pandemic is often called the invisible killer but its visual impact on towns and cities is obvious.

Just as the COVID-19 lockdown turned many busy locations into near empty streets, some are now seeing an opposite transformation.

Bournemouth beach stood almost empty on 5 April, two weeks after the UK – one of the world’s worst hit countries – enforced a nationwide lockdown.

The same shoreline was packed with sunseekers on 26 May as the British public took advantage of the eased coronavirus restrictions, which let people spend time outdoors with at least one person outside their household. Italy is also among the worst affected countries, with least 33,000 deaths.

The photos below were captured in Turin’s Piazza Vittorio Veneto on 10 March, a day after the country’s lockdown was imposed, and on 23 May when restaurants, bars, cafes and hairdressers were able to reopen – albeit with social distancing measures. 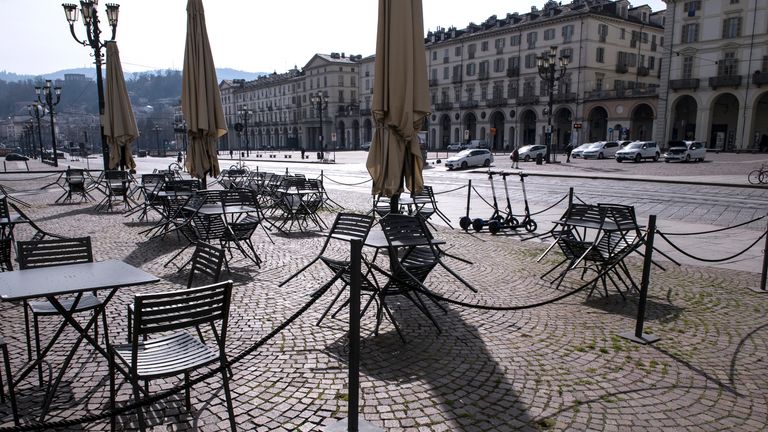 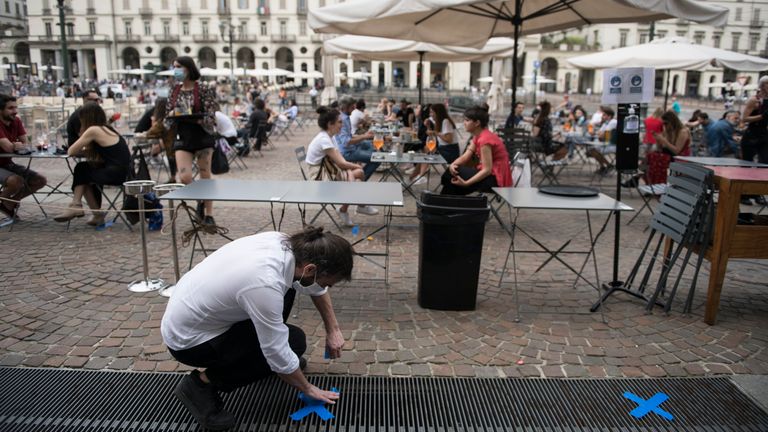 In Greece, churches were forced to cease live services after the country locked down on 22 March. Empty seats were snapped in Athens during the procession of Jesus Christ’s Deposition from the Cross on 17 April.

One month later, Orthodox churchgoers returned to the holy site to attend the first service after measures were eased. Vietnam has recorded no deaths from coronavirus and just 327 cases, despite being considerably poorer than many other Asian countries and sharing a border with China, where the virus originated.

Below, a usually-crowded road with no traffic can be seen, with a three-wheel cycle driver encapsulating an eerily quiet Hanoi during lockdown on 17 March.

Fast forward to rush hour on 25 May and traffic jams were in full force, after the Vietnamese government eased the nationwide lockdown. 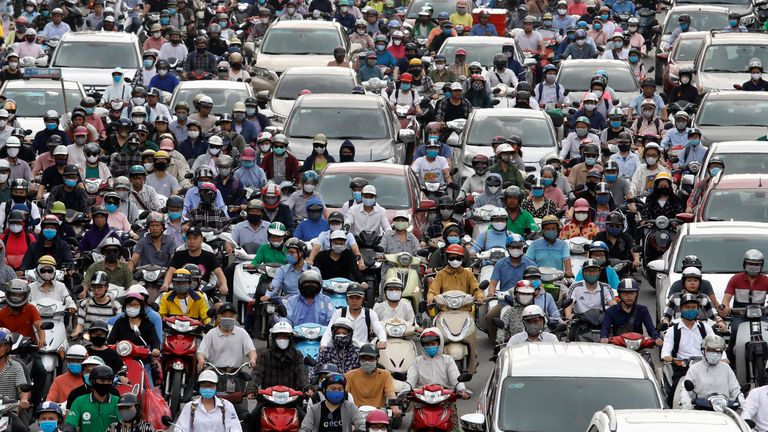 Ratchada Railway Night Market in Bangkok was stripped of its bustling activity, along with the rest of the huge city, when the country was locked down in late March.

The first photo below of the venue was taken on 1 April, and the second on 15 May when the markets returned.

Thailand has also had a relatively low number of coronavirus cases (3,065) and deaths (57). It is gradually easing its restrictions as daily new infections fell to single digits in early May. 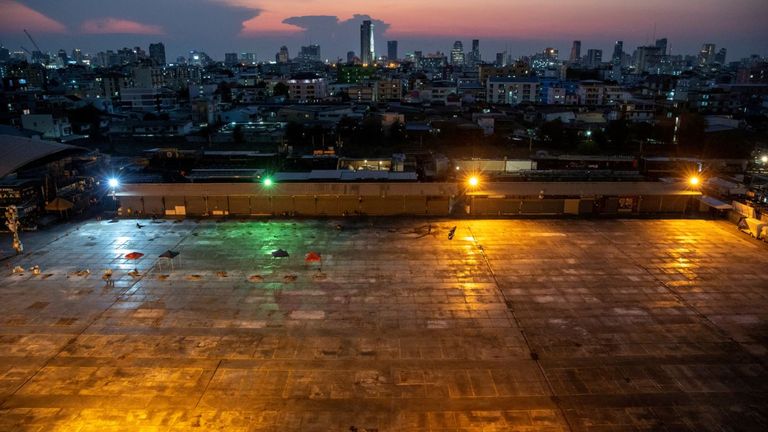 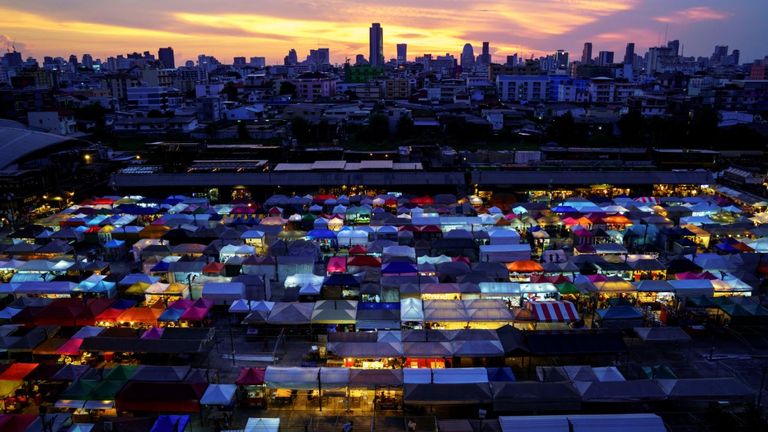 The first photograph below shows an empty classroom in a secondary school in Bonn, Germany, on 13 March as authorities were decided that schools should close.

Teachers are then pictured giving lessons at the same school after it reopened on 23 April, with social distancing measures in place. Germany has loosened restrictions, but rules tell people to wear masks and stay away from groups. 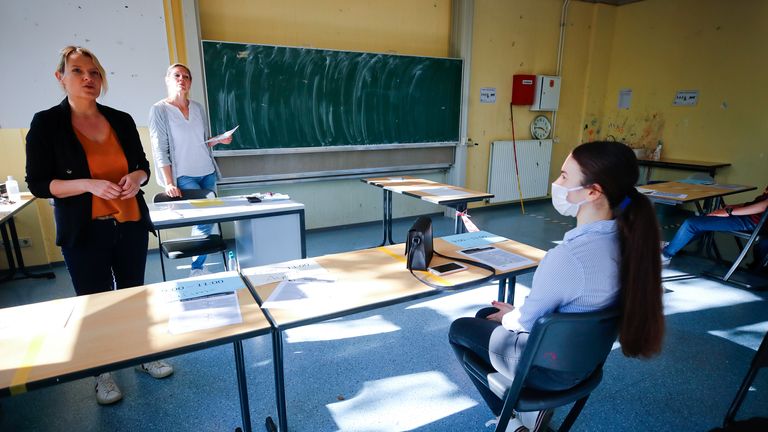 A lone man was photographed on 8 May cycling along a boardwalk in Ocean City, Maryland in the US – the worst affected country with more than 100,000 deaths – just one day before restrictions were relaxed there.

A very different atmosphere was captured at the same boardwalk on 23 May, during Memorial Day weekend. 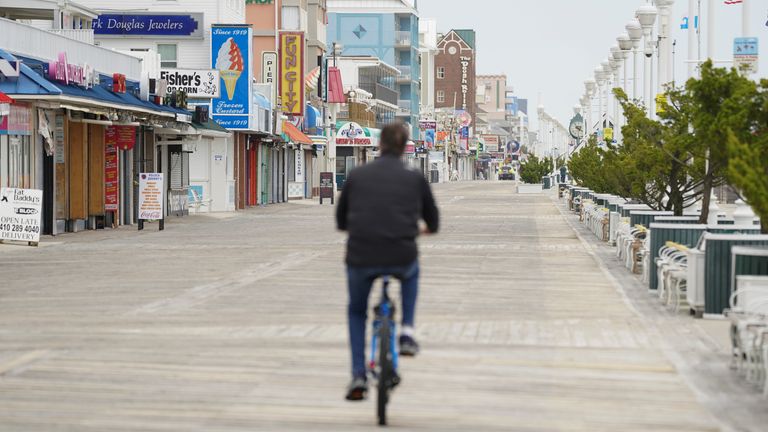 Below is another pair of photos from Italy, taken in Milan’s Galleria Vittorio Emanuele II. The first one was snapped on 8 March, after the government locked down the north of the country, and the second on 18 May after restrictions were eased. Next week from Monday to Thursday, Dermot Murnaghan will be hosting After the Pandemic: Our New World – a series of special live programmes about what our world will be like once the pandemic is over.

We’ll be joined by some of the biggest names from the worlds of culture, politics, economics, science and technology. And you can take part too.

If you’d like to be in our virtual audience – from your own home – and put questions to the experts, email [email protected]