ISTANBUL (Reuters) – Turkey’s plans to switch on its new Russian missile defence systems have been delayed by the coronavirus outbreak but it does not intend to reverse a decision which has raised the threat of U.S. sanctions, a senior Turkish official said. 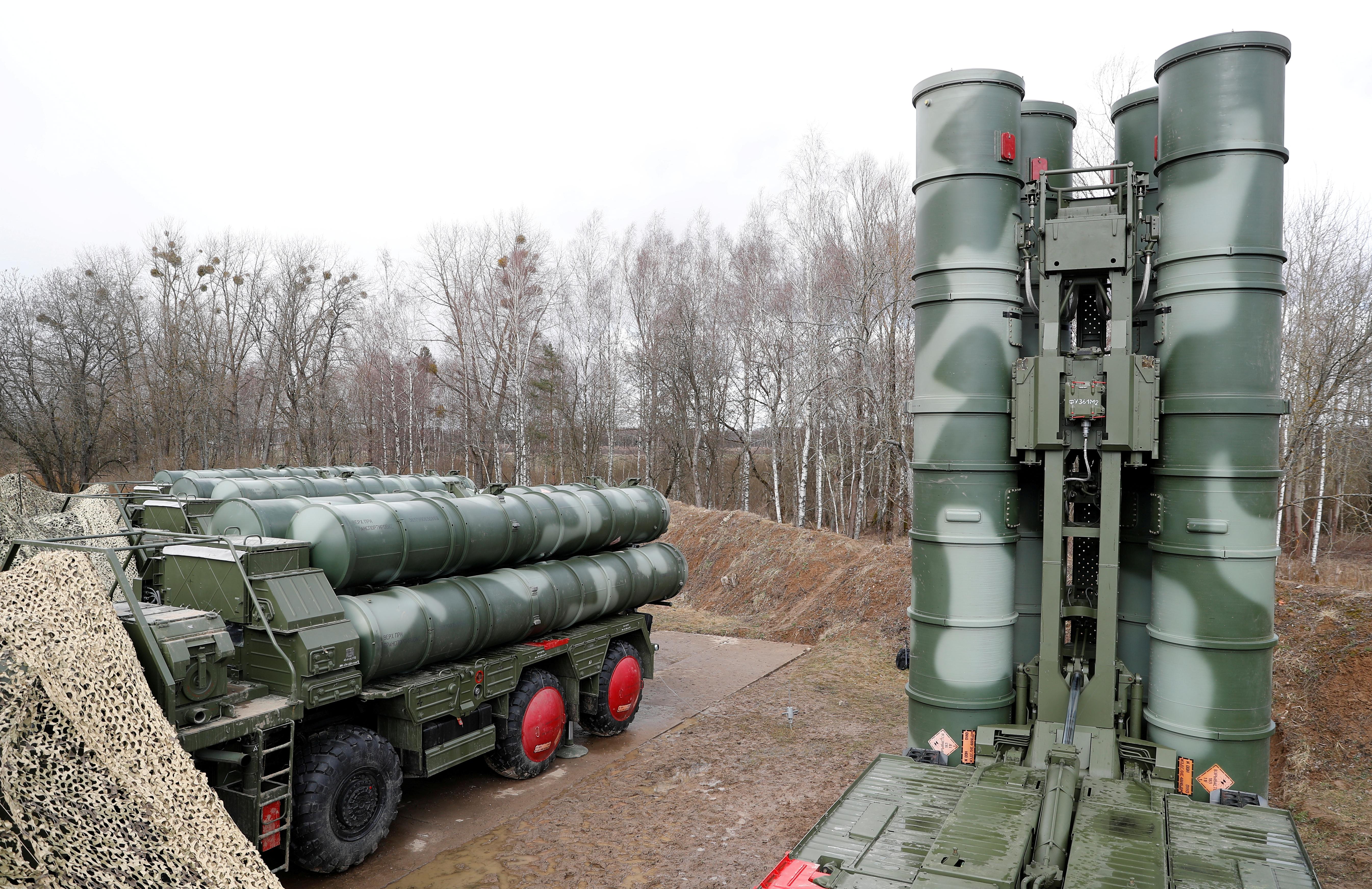 Tensions between NATO allies Turkey and the United States over the S-400 air defence systems had looked set to reach a showdown in April, when President Tayyip Erdogan and the government had said they would be activated.

But the coronavirus outbreak has focused Turkish efforts on combatting the pandemic and ring-fencing an economy which only just pulled out of recession last year. In recent weeks Erdogan and his government have not raised the S-400 issue publicly.

“There is no going back on the decision to activate the S-400s (but) due to COVID-19 … the plan for them to be ready in April will be delayed,” the senior official said, speaking on condition of anonymity.

It could be several months before the Russian system is activated, the official said, adding some technical issues remained to be overcome.

The United States says the S-400s, which Moscow delivered to Turkey last July, are incompatible with NATO defences and would jeopardise U.S. F35 stealth jets which Turkey planned to buy.

Their acquisition by Turkey means Ankara could face U.S. sanctions under legislation designed to punish countries which buy defence equipment from Russia.

Turkey’s presidency made no mention of the S-400s in a statement following a call between Erdogan and U.S. President Donald Trump on Sunday, which it said focused on cooperation to protect health and the economy from coronavirus.

Deploying the S-400s in the same airspace as U.S. planes would be a “massive problem” which would create a new crisis between the two countries, Richard Outzen, a senior adviser at the State Department, told an online discussion last week.

Turkey’s air force includes U.S. F16 jets and it had been due to take delivery of the new F35s before Washington cut it from the F35 programme in response to the S-400s contract.

The issue “is muffled right now because of COVID, but the thinking in Washington prior to COVID dominating the discourse was that the Turks were probably going to activate the system in April and Congress was going to move to impose sanctions,” Outzen said. “I don’t think any of that has gone away”.

The delay in deploying the S-400s gives Ankara more time to consider its next move, analysts say. A recent alignment of U.S.-Turkish interests in Syria and the economic impact of the coronavirus crisis could also have a bearing.

“The economic shock is such that Turkey may indeed down the line seek some kind of external financing,” said Sinan Ulgen, a former Turkish diplomat who heads the Istanbul-based Centre for Economics and Foreign Policy Studies think tank.

“If and when that time comes there will be more pressure on the Turkish government to permanently sideline the S-400s.”

A Turkish military operation in February against Syrian President Bashar al-Assad’s Russian-backed forces in the rebel-held Idlib region also put Ankara on the same side as Washington, and against Moscow.

That was in marked contrast to Turkey’s festering dispute with the United States over U.S. support for Kurdish fighters in northeast Syria, seen as a top security threat by Ankara.

“In Washington, people saw that Turkey is not lost entirely, that there is a chance it could distance itself from Russia and get closer to the United States,” said Ozgur Unluhisarcikli, director of the German Marshall Fund research group in Ankara.