The female diplomat is the first known case at the 193-member world body headquarters in New York. Philippines acting UN Ambassador Kira Azucena issued a statement addressing the issue that read: “As of today, the Philippine Mission is in lockdown, and all personnel are instructed to self-quarantine and to seek medical attention should they develop the symptoms.

“We are assuming that all of us have been infected.”

The Filipino mission, based on 5th Avenue in Midtown Manhattan, has 12 diplomats according to the online U.N. directory of diplomatic staff.

Azucena reported that the diplomat was last seen at U.N. headquarters on Monday for about half an hour and that she did not present any symptoms.

The Filipino diplomat developed flu-like symptoms on Tuesday and visited her doctor. 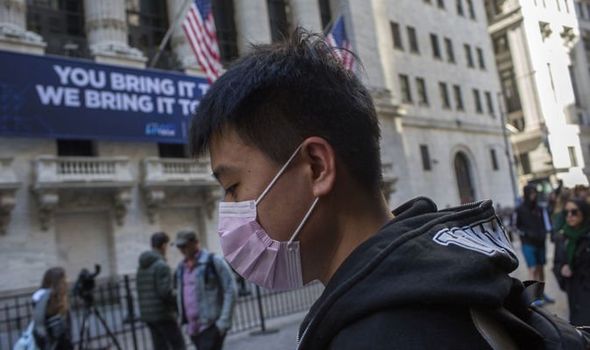 “She got the call today that she tested positive for COVID-19,” Azucena wrote on Thursday.

The world body has been carrying out prevention measures such as cutting a two-week women’s rights conference down to one day, cancelling various other scheduled conferences and asking UN missions to limit the number of staff they send to meetings.

The World Health organisation has classed the coronavirus outbreak as a pandemic. 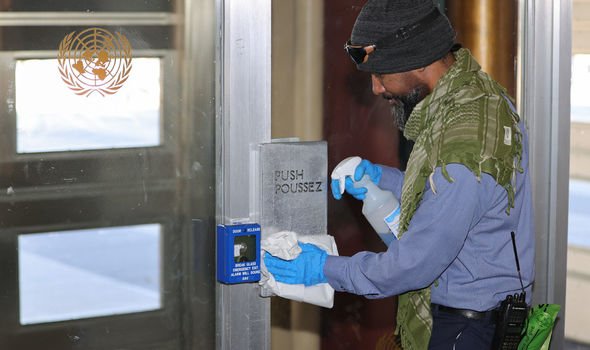 Meanwhile, Boris Johnson issued a stark warning that families will continue to “lose loved ones before their time” as the outbreak worsens.

At a press conference in Westminster last night, Mr Johnson formally declared that the UK’s tactics have shifted from “containing” the killer disease to merely “delaying” its inevitable spread.

This came after he chaired a meeting of the Cobra emergency committee. 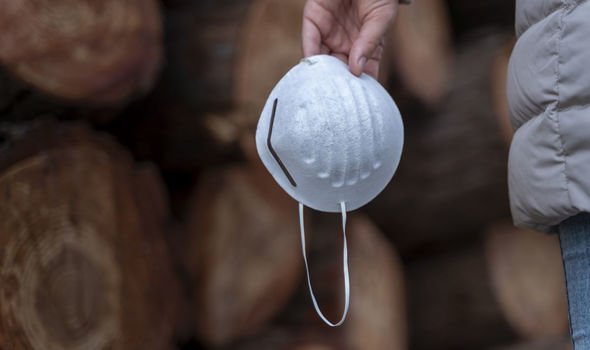 According to a Reuters tally, it has killed 4,700.

The Government’s new plan urges anyone with even mild coronavirus-like symptoms to quarantine themselves at home and to sleep alone if possible and stay at least two metres from relatives.

This includes a persistent cough or a fever. 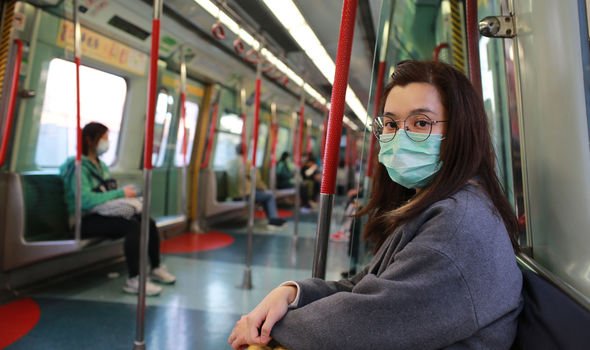 And people over the age of 70 or those with pre-existing serious medical conditions have been told not to go on cruises.

But he said he would not be closing schools or banning mass gatherings which have been adopted in Ireland, Norway, France and Italy in an effort to stem the spread of the virus.

He said: “At all stages we have been guided by the science. We will do the right thing at the right time.”