MADRID (Reuters) – Spain’s San Fermin Fiesta, an eight-day festival in July in which fighting bulls run through the streets of Pamplona each morning, was suspended on Tuesday for the first time in four decades due to the coronavirus crisis. 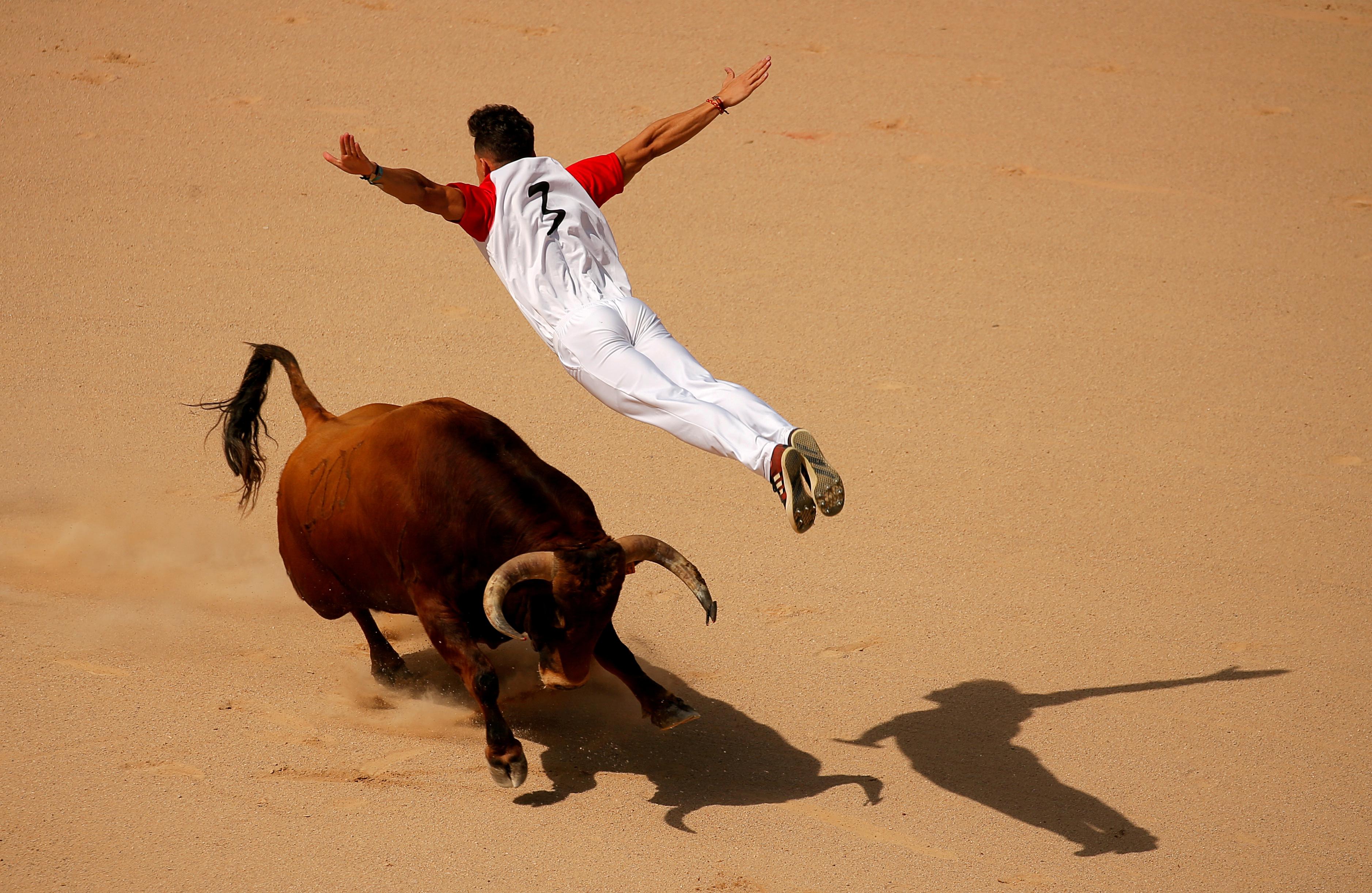 The famed annual party in the northern Spanish city was last called off when political unrest broke out in 1978, though it also lost one day in 1997 after ETA separatists killed a Basque politician.

“As expected as it was, it still leaves us deeply sad,” acting mayor Ana Elizalde said, announcing the suspension.

The festival, which draws hundreds of thousands of participants from Spain and across the globe, first gained international fame from Ernest Hemingway’s 1926 novel “The Sun Also Rises”.

As well as the bull runs and afternoon bullfights, the fiesta features round-the-clock singing, dancing and drinking by revellers dressed in white clothes and red bandanas.

There are also religious events in honour of the saint.

“While this was a no brainer and the ONLY solution, it still doesn’t make it any easier to fathom,” wrote American regular participant Rick Musica, from Fort Lauderdale in Florida, on the Amigos de Pamplona social media page.

“For the first time in 21 years I won’t be spending the month of July in Spain. But we’ll be back and it will better than EVER and that’s hard to top!”

The mayor did not know if San Fermin, which was also suspended in 1937 and 1938 during Spain’s Civil War, could be revived this year given the unpredictable outbreak.

“It seems complicated that San Fermin can be held this year, but we will wait to see how events evolve”, she said.

The city is also likely to take a substantial economic hit from the suspension.

Spain has had one of the world’s worst coronavirus outbreaks, with more than 204,000 infections and over 21,200 deaths.