Causing anxiety is the fact that in France the recovery rate has now plummeted below the death rate.

The opposite has been seen in South Korea and in China the death rate has sank far below the recovery rate.

Although Professor John Oxford, virologist at the Queen Mary, University of London, said: “The greater death rate compared to the recovery rate in Spain and France may be due to the greater length of time it takes to register people as being fully recovered, compared to those that have died.”

The Professor added that people should not fixate on graphs and be hopeful that the Spring with more UV light and fresh air and outdoor activity will reduce the contagions chances of jumping from person to person. 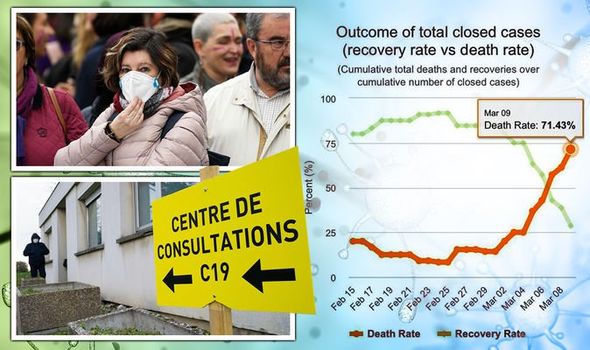