Beijing will test all food and parcel delivery workers for coronavirus in an effort to control a new spike in cases.

Chinese officials are stepping up nucleic acid testing for couriers who work in Beijing after traces of COVID-19 were found on chopping boards at Xinfadi food market in the southwest of the city, state media said.

It comes after 200 new coronavirus cases were reported in the capital since June 11 in the biggest spike in infections since the previous peak in early February.

Officials have been testing people who work in catering and deal with imported food, as well as those who live near the market.

But now nucelic acid testing, which involves taking a swab from the back of the throat, is being rolled out across all delivery workers, according to local reports. 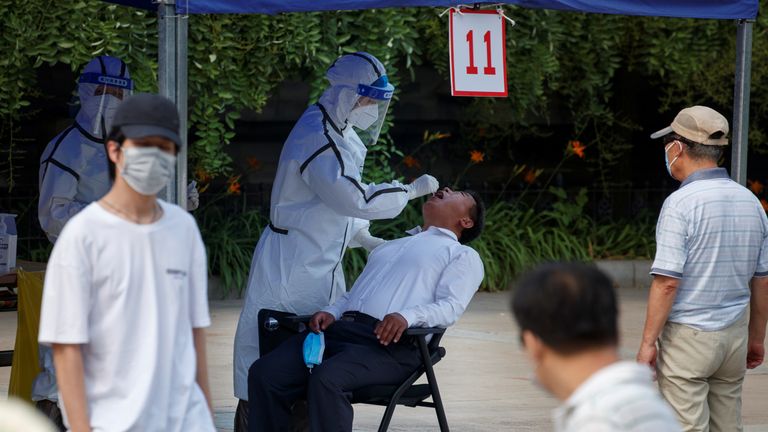 A total of 2.3 million tests had been carried out across the city of 20 million people, Zhang Qiang, an official from Beijing’s municipal committee, said at a news conference, with more planned for next week.

Residents of 40 communities in the city are currently self-isolating at home to avoid any further spread, he added.

Flights have been grounded and the Xinfadi food market has been shut down.