2020 was the warmest year in Europe since records began, according to data published by the EU climate monitoring service.

It said that 2020 was tied with 2016 for the warmest year across the world – confirming the past ten years have experienced the hottest climate on record. 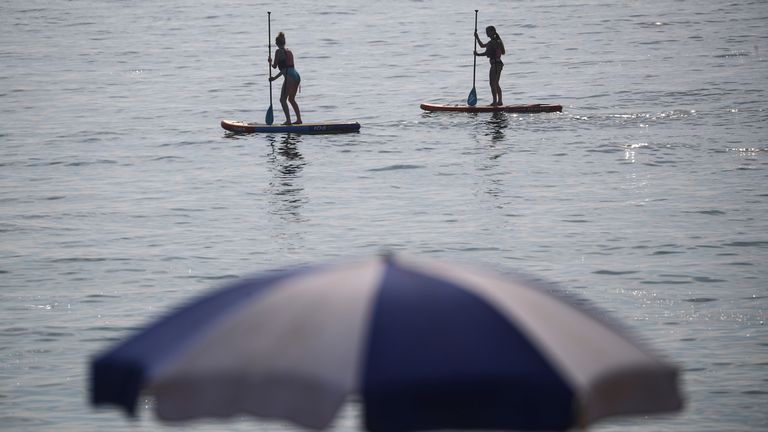 The increase in global temperatures is linked to the rise in greenhouse gases in the atmosphere – particularly carbon dioxide.

Known as CO2, this gas is released by the burning of fossil fuels – particularly coal, oil and gas.

Vincent-Henri Peuch, Director of the Copernicus Atmosphere Monitoring Service, said there is no room for “complacency”.

He said: “Until the net global emissions reduce to zero, CO2 will continue to accumulate in the atmosphere and drive further climate change.”

Western Europe experienced a “significant heatwave” in late July and early August, according to the research. The following four warmest years for Europe were experienced during the last decade.

Carlo Buontempo, Director of the Copernicus Climate Change Service, said: “2020 stands out for its exceptional warmth in the Arctic and a record number of tropical storms in the North Atlantic.

“It is no surprise that the last decade was the warmest on record, and is yet another reminder of the urgency of ambitious emissions reductions to prevent adverse climate impacts in the future.”

Tom Rivett-Carnac, an author on climate change policy, said: “Climate records are now exceeded with alarming regularity and anyone who is paying attention will know that 2020 will not remain the warmest year on record for long.

“Despite cyclical weather patterns, the growth of greenhouse gas emissions over the past has locked in warming effects already.”

He added that a large part of the solution is “bold leadership” – in which the future “needs to be fundamentally different from the past”.

Mr Rivett-Carnac said: “The UK government will host the international climate negotiations, COP 26, in only 11 months from now.

“Well before then governments must deliver a concrete blueprint for a climate safe future, to bring the goals of the Paris Agreement to fruition.”