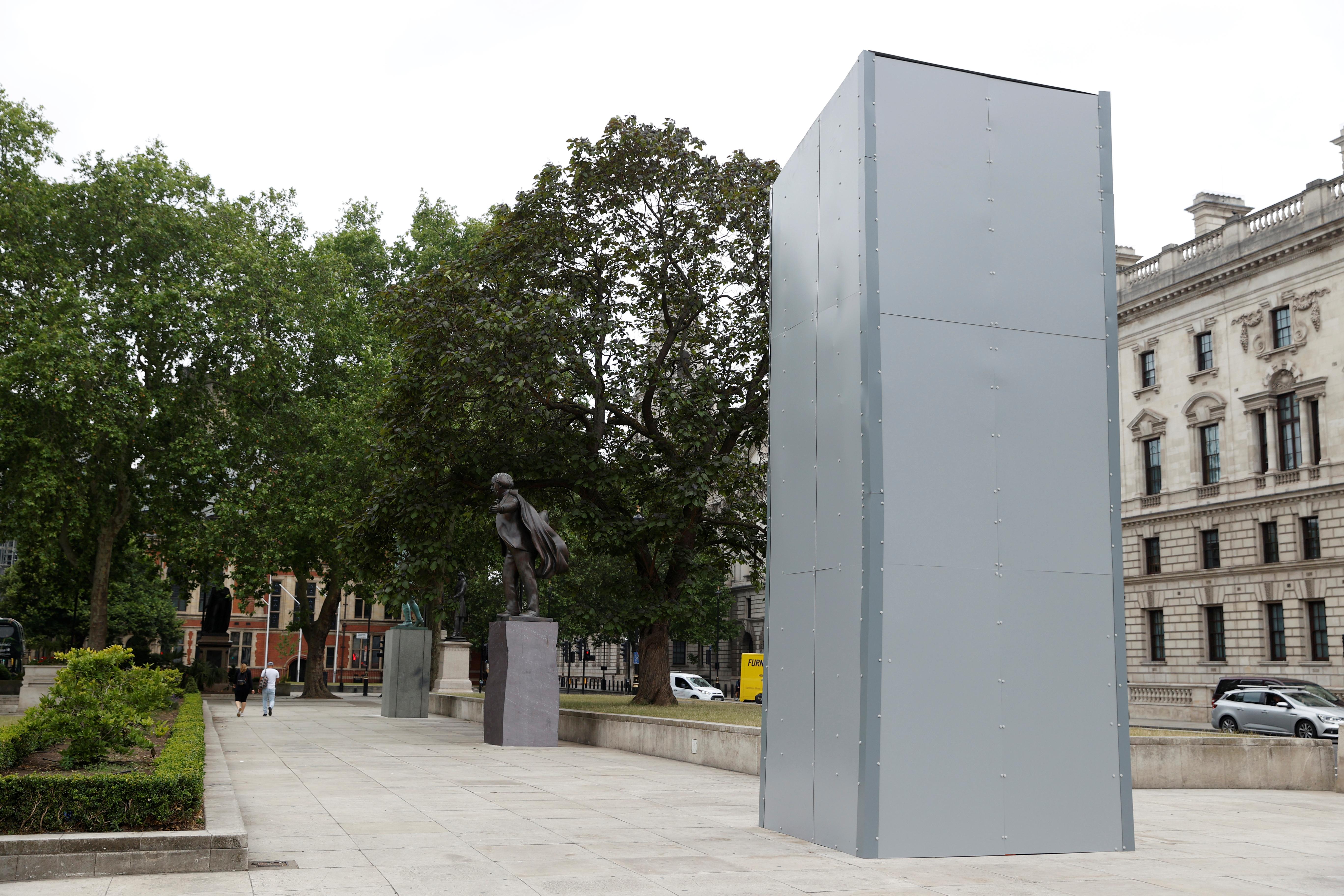 LONDON (Reuters) – A statue of former British Prime Minister Winston Churchill opposite parliament and the Cenotaph war memorial in central London were boarded up on Friday for protection before three days of demonstrations planned in the capital.

The World War Two leader’s statue on Parliament Square was sprayed with graffiti declaring Churchill a racist during a fractious end to a mostly peaceful demonstration on Sunday over the death of African American George Floyd in Minneapolis.

Boarding has also been placed around the foot of the Cenotaph on Whitehall, where the government and royal family attend Remembrance Sunday events each year commemorating those killed in World War One and conflicts since then.

Floyd’s death, after a Minneapolis police officer knelt on his neck for nearly nine minutes while detaining him on May 25, has sparked protests across the United States and Europe and reignited a debate in Britain about monuments to those involved in the country’s imperialist past.

Sculptures of slave traders have been taken down and local authorities have said they may remove a statue of the founder of the worldwide scouting movement, Robert Baden-Powell, to protect it.

Black Lives Matter protesters are due to gather again on Friday in central London.

A loose grouping of soccer fans who describe themselves as patriots but are criticised by opponents as hooligans, and supporters of a right-wing leader, Tommy Robinson, have said they will gather in London on Saturday to protect statues.