The Environment Agency has issued 68 flood alerts and eight more severe flood warnings in regions as far apart as Dorset and Cumbria. Bosses said roads could become submerged in the wettest areas, and that driving would be hazardous for many.

Meanwhile, the Met Office issued a yellow weather warning for rain for all of the UK south of Birmingham.

Forecasters said the downpours would begin this morning and continue until late on Christmas Eve.

Eastern parts of the country are expected to have up to 2.7ins (7cm) of rain between 6am today and the same time tomorrow. The South-east is likely to be hardest hit tonight.

Several regions are already saturated following earlier soakings. In West Cowick, East Yorks, a helicopter had to be used to drop bags of aggregate to plug holes in a burst canal bank.

The Canal and River Trust said the soft earth had washed away and let water through. 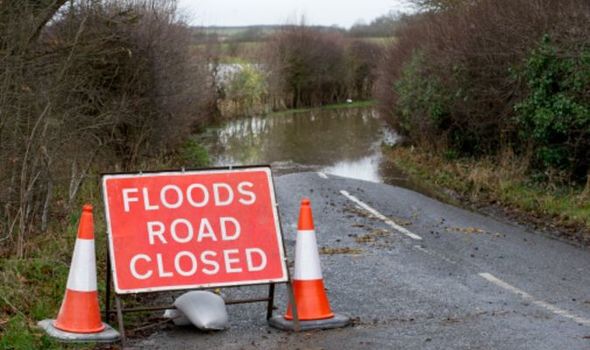 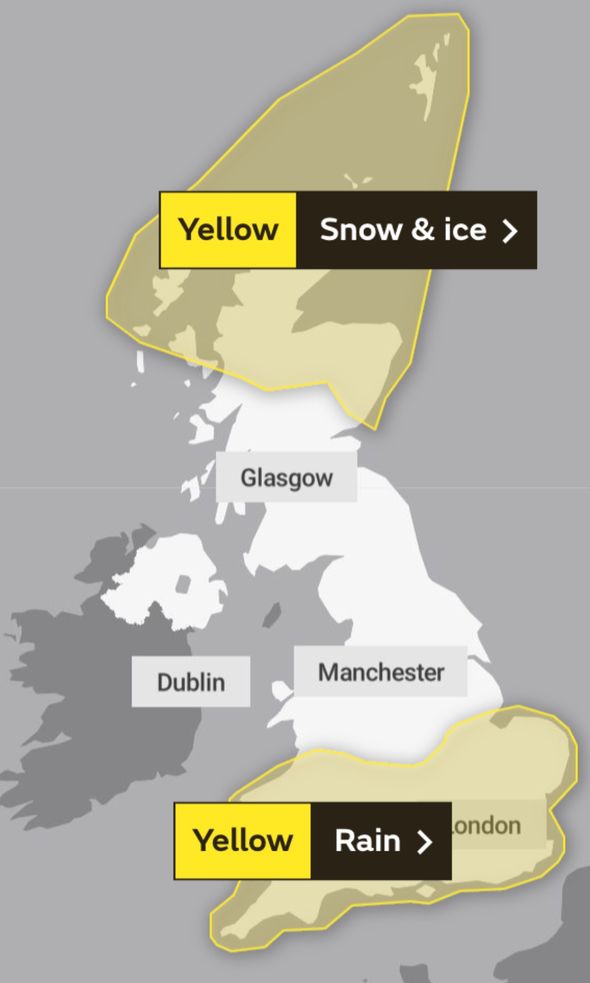 In Bewdley, Shrops, the Environment Agency put up flood barriers along the Severn following downpours.

A spokesman said: “They will remain in place as a precaution until later this week due to the uncertain forecast.” A Met Office forecaster said last night: “It’ll be quite a wet spell of weather from Wednesday morning onwards.

“There is a small chance that homes and businesses could be flooded, causing some damage, especially places that have seen a fair bit of rain so far this winter.”

However Christmas Day is expected to be largely bright and dry in most areas.