A New Zealand court has heard more harrowing stories of survival and loss from the Christchurch terror attacks.

Tarrant has also pleaded guilty to the attempted murder of a further 40 worshippers, and a charge of terrorism. He’s representing himself in court, flanked by heavy security. 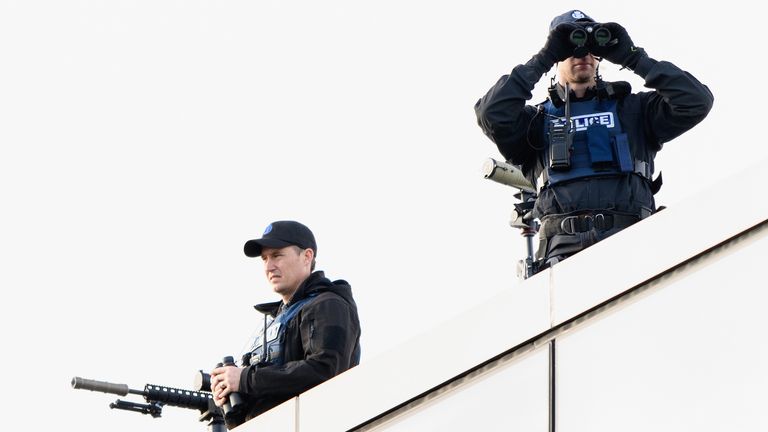 Mohammad Siddiqui was shot in the arm at Al Noor mosque leaving him injured in hospital for eight days. He told the court he was only there a few minutes before “the devil arrived”.

“You arrived at the house of God to kill innocent people and carry out your gutless action. I try not to talk about it because I do not want to give you the satisfaction. We have grieved, we have cried, yet we are stronger.

“Your time will come, everyone must face God,” he told Tarrant.

In her statement, read by a support person, she described the killing as “inhumane” saying Tarrant’s “punishment should continue forever”. But she added there was a silver lining for the horrific attack as “Naeem died trying to save others and was given the highest award for bravery from Pakistan. This is an honour for our family”.

Angela Armstrong talked of the two bullets that claimed the life of her mother, Linda Armstrong while she was at the Linwood mosque.

“You robbed me of my mother and I have pity for your mum, but no emotion for you. You are a nothing.”

Linda Armstrong’s nephew Kyron Gosse, pleaded with the judge to protect the public from Tarrant. “I want you to know my rage. This man is not one of us, but that did not stop him from slaughtering us. He killed our love ones in cold blood.

“And for what? This coward hid behind his big guns and shot Linda from afar. She never stood a chance. I’ve seen no remorse.”

Noraini Milne, whose son Sayyad Milne was killed, told Tarrant: “You are already dead to me. Whatever punishment you get will never be enough.” 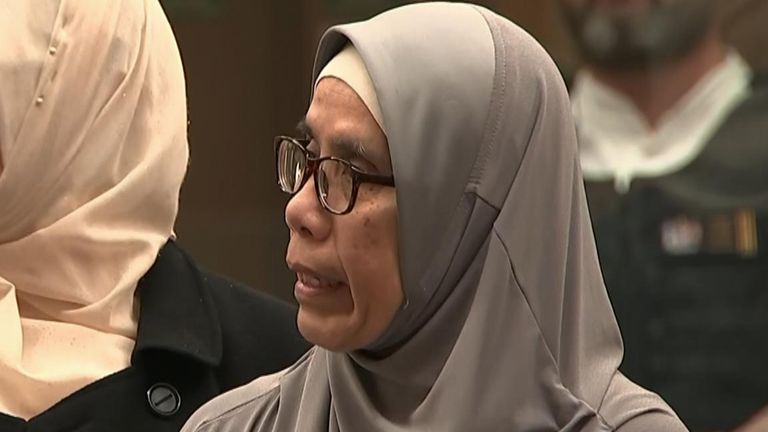 Brenton Tarrant has sat still and silently in court today. He watches, listens and nodded in agreement when one victim told the court “life in prison should mean life”.

Yesterday, the court heard how Tarrant talked to police after the attacks, telling them he was “going into both mosques to kill as many people as he could”. He also planned to burn the mosques to the ground and said he “wished he had done so”.

Brenton Tarrant also planned to take more lives, attempting to head to a third mosque in Ashburton. But he was stopped moments later by police who rammed his car and arrested him, without resistance.

Tarrant’s crimes carry a mandatory sentence of life in prison, but the high court judge, Justice Cameron Mander, has the option of sentencing him to life in prison without parole, a penalty never before used in New Zealand.