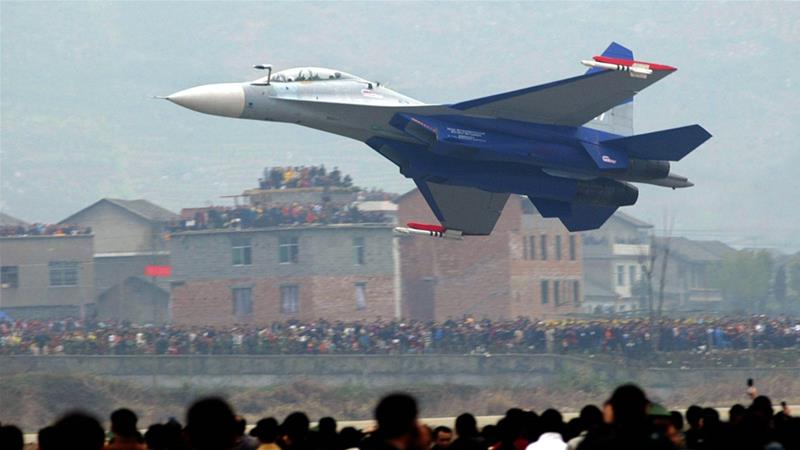 Chinese fighter jets approached Taiwan on Thursday for a second day in a row, the island’s defence ministry said, urging China to stop “destroying regional peace” in a further ratcheting up of tension across the sensitive Taiwan Strait.

China, which claims Taiwan as its own territory, has held numerous military exercises up and down its coast and near the island in recent weeks.

The defence ministry said Su-30 fighters and Y-8 transport aircraft were among the Chinese aircraft that entered Taiwan’s air identification zone to its southwest on Thursday morning.

“The defence ministry once again urged the Chinese Communist Party must not to repeatedly destroy regional peace and stability,” it said, adding that the manoeuvres had triggered antipathy among the people of Taiwan.

Taiwan scrambled aircraft to intercept the Chinese planes, the ministry added, saying it was able to quickly track the “enemy’s movement”.

China’s defence ministry did not immediately respond to a request for comment.

Taiwan has repeatedly complained that China, which has not ruled out the use of force to bring the democratic island under its control, has stepped up military threats in recent months as the world tackles the coronavirus pandemic.

Beijing routinely says such exercises are not unusual and are designed to show its determination to defend its sovereignty.

Taiwan is carrying out live-fire weapons tests off its southeast and eastern coast.

Taiwan President Tsai Ing-wen has warned of a rising risk of accidental conflict over in the disputed South China Sea and around Taiwan, saying communication must be maintained to reduce the risk of miscalculation. 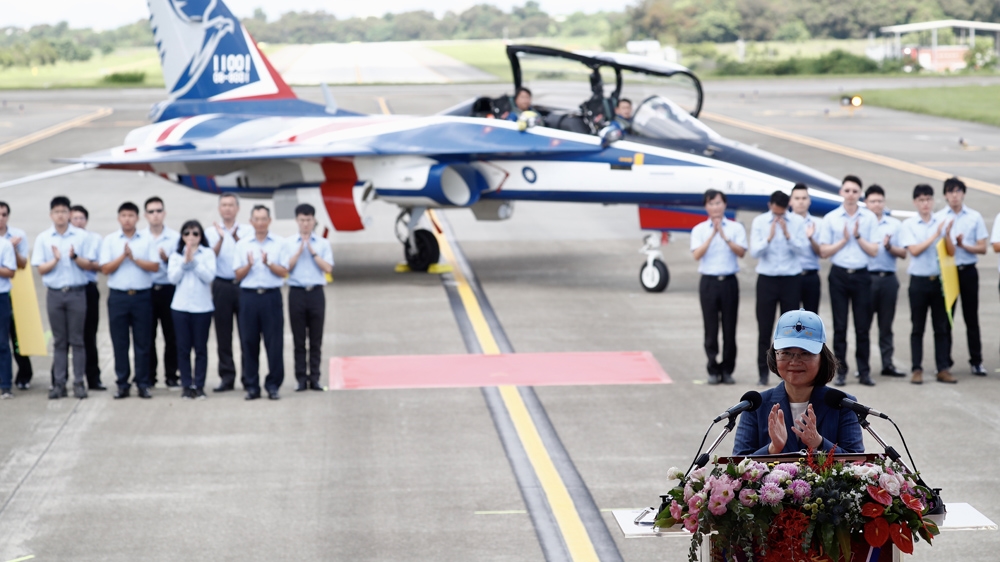 In late August, Tsai promised to defend the island with a “solid” air force as she launched a maintenance centre backed by the United States for the island’s fleet of upgraded F-16 fighters.

The US last year approved an $8bn sale of F-16s to Taiwan, a deal that would increase the size of the island’s F-16 fleet to more than 200 jets, the largest in Asia.

In recent days, China has also been angered over the announcement by the US that it will establish a new bilateral economic dialogue with Taiwan.

US Assistant Secretary of State for East Asian and Pacific Affairs, David Stilwell, said Washington is intensifying support to the island because of the “increasing threat posed by Beijing to peace and stability in the region”.

Taiwan has also opened its doors to pro-democracy activists who fled Hong Kong following China’s imposition of the new national security law, which critics say marks the end of freedom of expression in the semi-autonomous Chinese city.