A screenshot of the clip in question – which appears to show a woman performed a sex act on a man using her feet – was shared by Luke de Pulford, a member of the Coalition for Genocide Response and Hong Kong Watch at 10.06am. It indicates the video was “liked” a few minutes minutes earlier.

Mr de Pulford commented: “Felt a bit mean for this.

“But then I remembered the #Uyghur concentration camps and #HongKong and quickly got over it.”

Because the account is accessible to people who operate the account on Liu’s behalf, there is no reason to think he personally liked the video. 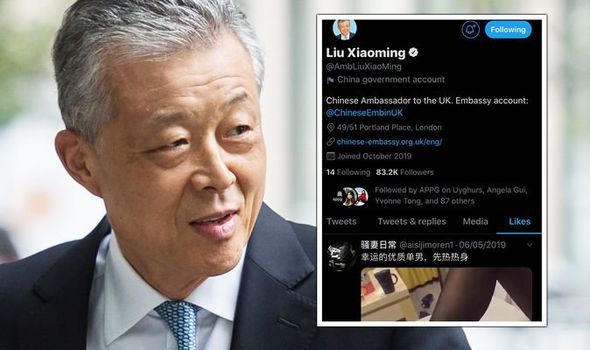 Mr de Pulford subsequently told Express.co.uk he was staggered by the incident.

He suggested: “I think it’s more likely to be an inside job, as a result of somebody being able to access things they would not otherwise be able to, rather than a hacking job. 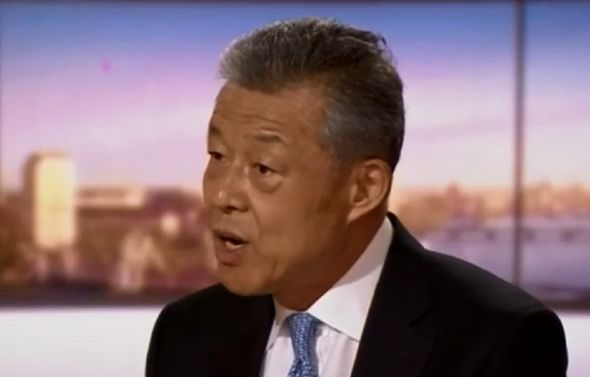 The video itself dates from last year.

In July, Liu was interviewed by the BBC’s Andrew Marr, accusing the West of making “false allegations” against China in respect of the Uighurs in Xinjiang province.

He said: “There is no so-called massive forced sterilisation among Uighur people in China.

“It is totally against the truth. 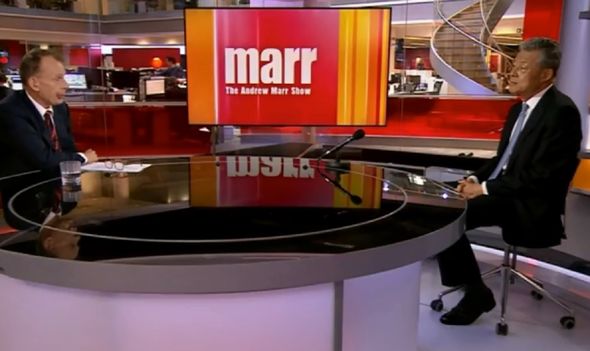 “I cannot rule out single cases for any country.

“There is no such concentration camp in Xinjiang.”

He also warned the UK against any move to impose sanctions in response to China’s controversial imposition of a new security law in Hong Kong. 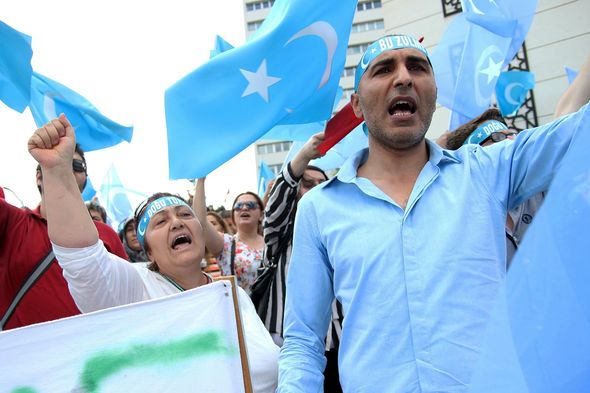 He said: “If UK government goes that far to impose sanctions on any individual in China, China will certainly make a resolute response to it.

“You’ve seen what happens in the United States, they sanction Chinese officials, we sanction their senators, their officials.

“I do not want to see this tit-for-tat happen in China-UK relations.”

Express.co.uk has contacted the Chinese Embassy in London to ask them for an explanation about the activity on Liu’s page.