Province says travel will be allowed for people with health clearance, while imported cases increase across the country. 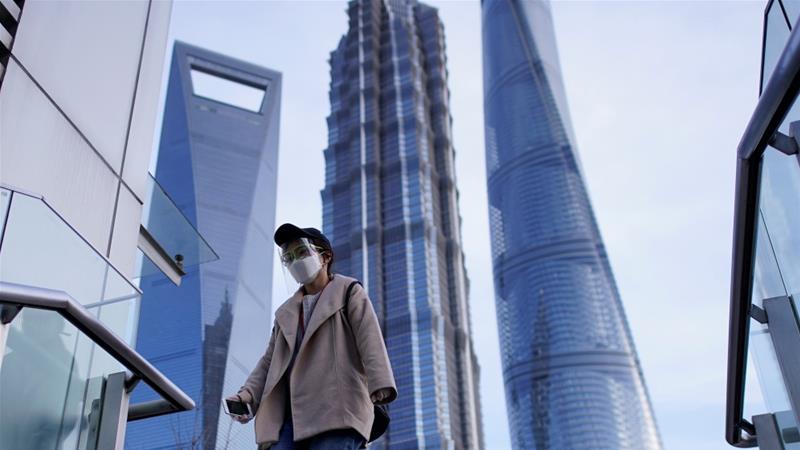 China’s Hubei province, the original epicentre of the coronavirus pandemic, is due to begin relaxing many travel restrictions to and from the region after months of lockdown.

The Hubei Health Commission announced on Tuesday that it would lift curbs on outgoing travellers starting March 25, provided they had a health clearance code.

The provincial capital Wuhan, where the virus was first detected late last year, will see travel restrictions lifted on April 8. The city has been in total lockdown since January 23.

The announcement, which came as more countries across the world are introducing drastic measures to restrict movement, marked a significant moment in China’s efforts to tackle COVID-19, the disease caused by the coronavirus.

However, the easing of the restrictions in Hubei comes with strict conditions attached, noted Al Jazeera’s Katrina Yu, reporting from the capital, Beijing.

Travellers will need a “Green Code” – a type of barcode – on their mobile phones indicating their health status and will also have to undergo a test to prove they are coronavirus-free.

Crucially, the measure only applies to migrant workers who will be able to board government-chartered buses and trains that will transport them to their workplaces in other provinces.

“It’s not like you could just get on on a plane or a bus or a train and leave the province – this is point-to-point travel,” Yu said.

“There are still many limitations as people are worried here in China that there could be a second wave [of infections],” she added.

Indeed, the risk from overseas infections appears to be on the rise.

China had 78 new cases on Monday, the National Health Commission said, a twofold increase from Sunday. Of the new cases, 74 were imported infections, up from 39 imported cases a day earlier.

Beijing was the hardest-hit, with a record 31 new imported cases, followed by southern Guangdong province with 14 and the financial hub of Shanghai with nine. The total number of imported cases stood at 427 as of Monday.

Only four new cases were local transmissions. One was in Wuhan which had not reported a new infection in five days.

In other parts of the country, authorities have continued to impose tougher screening and quarantine and have diverted international flights from Beijing to other Chinese cities, but that has not stemmed the influx of Chinese nationals, many of whom are students returning home from virus-hit countries.

Beijing’s city government tightened quarantine rules for individuals arriving from overseas, saying on Tuesday that everyone entering the city will be subject to centralised quarantine and health checks.

The southern city of Shenzhen said on Tuesday it will test all arrivals and the Chinese territory of Macau will ban visitors from the mainland, Hong Kong and Taiwan.

The number of local infections from overseas arrivals – the first of which was reported in the southern travel hub of Guangzhou on Saturday – remains very small.

On Monday, Beijing saw its first case of a local person being infected by an international traveller arriving in China. Shanghai reported a similar case, bringing the total number of such infections to three so far.

The rise in imported cases and the lifting of restrictions in some cities to allow people to return to work and kick-start the battered Chinese economy has raised concerns about a second wave of infections.

A private survey on Tuesday suggested that a 10-11 percent contraction in first-quarter gross domestic product in the world’s second-largest economy “is not unreasonable”.

The epidemic has hammered all sectors of the economy – from manufacturing to tourism – and policymakers have promised loans, aid and subsidies in an effort to persuade businesses to open.

In the impoverished province of Gansu, government officials are each required to spend at least 200 yuan ($28.25) a week to spur the recovery of the local catering industry.

The official China Daily warned in an editorial on Tuesday that maintaining stringent restrictions on people’s movements would “now do more harm than good”.