On Monday, the World Bank warned that the coronavirus pandemic’s economic fallout could cause China’s growth to come to a standstill while driving 11 million more people in East Asia into poverty. Aaditya Mattoo, World Bank chief economist for East Asia and the Pacific, said that the country was on the brink of “an unprecedented global shock, which could bring growth to a halt and could increase poverty across the region”. Even damning forecasts from two months ago appear to be underestimating the significant consequences of the crisis on China.

The World Bank predicted in January that China’s economy would grow by 5.9 percent this year, which would have been its worst performance since 1990.

But estimates now suggest an even bleaker outcome after record contraction in manufacturing activity in February while industrial production fell for the first time in 30 years.

The East Asia and Pacific region, excluding China, could see growth slow to 1.3 percent in the baseline or contract 2.8 percent in the more pessimistic scenario as compared to 5.8 percent last year, the report said.

The economic downturn has come as a result of strict lockdowns and travel restrictions bringing movement of goods and people to a halt. 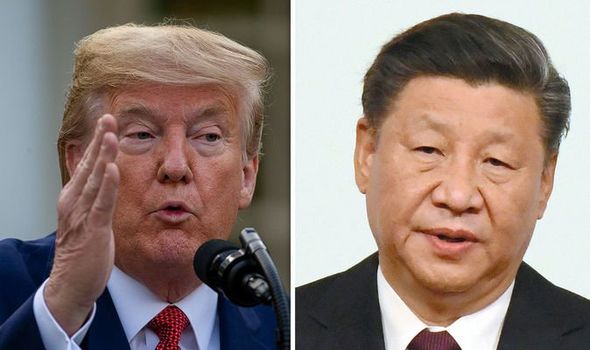 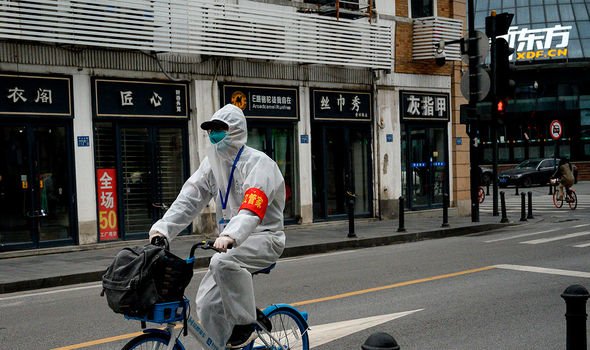 And now, economist Professor Iain Begg tells Express.co.uk that the country is fearing another form of financial hit – this time dealt by Mr Trump.

He said: “Having been on Chinese television and been asked about this, it is clear the country is worried about this.

“They are even more worried in the shadow of a Trump initiated trade war that he will use it as a further pretext to clamp down on free trade.

“That’s going on in the background anyway, but that may be accelerated by the perception that when you have such integrated supply chains you become dependent. 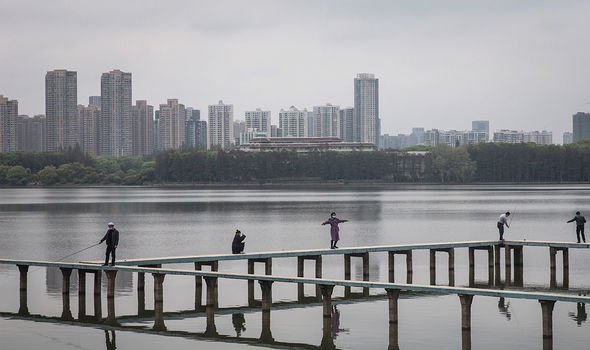 “That’s going on in the background anyway, but that may be accelerated by the perception that when you have such integrated supply chains you become dependent.

“I don’t think China is unduly worried about it, they recognise the situation as a threat but they will adapt to buying more from countries from the US.”

After criticising China over the coronavirus outbreak, President Trump has reportedly tried to sure up trade links with Beijing.

White House officials say Mr Trump continues to emphasise farm product sales to China, even as he grapples with the most significant crisis of his presidency and a looming presidential campaign, CNN reports.

Americans vote in the US election this year, meaning Mr Trump will be looking for progress with China’s President Xi Jinping to secure a foreign policy boost and maintain voters’ confidence. 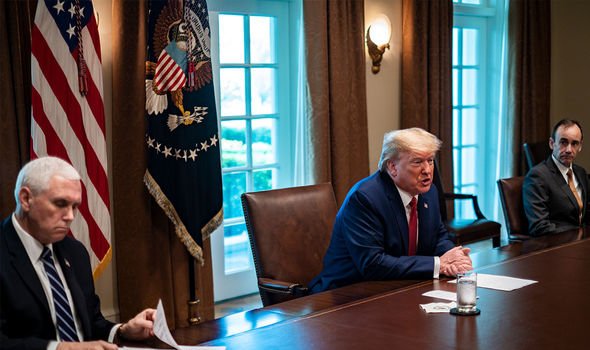 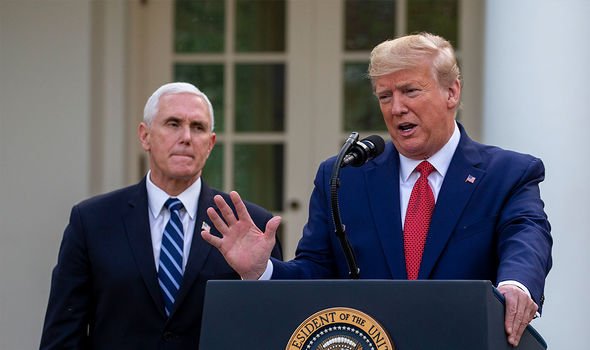 However, the coronavirus crisis has had a negative impact on his hopes of reelection.

Oxford Economics expect the US economy to shrink at an annual rate of 12 percent between April and June, JP Morgan Chase predicts a second-quarter contraction of 14 percent while Goldman Sachs warns of a huge 24 percent slide.

In his reports, Mr Abramowitz adds: “A major recession would likely result in an Electoral College landslide for Trump’s Democratic challenger, especially if it is accompanied by a further decline in the president’s approval rating.”

More worrying for Trump, polling released last week showed that just 37 percent of Americans said they had a good amount or a great deal of trust in what they are hearing from Trump, while 60 percent admitted they had not very much or no trust at all in what he said.