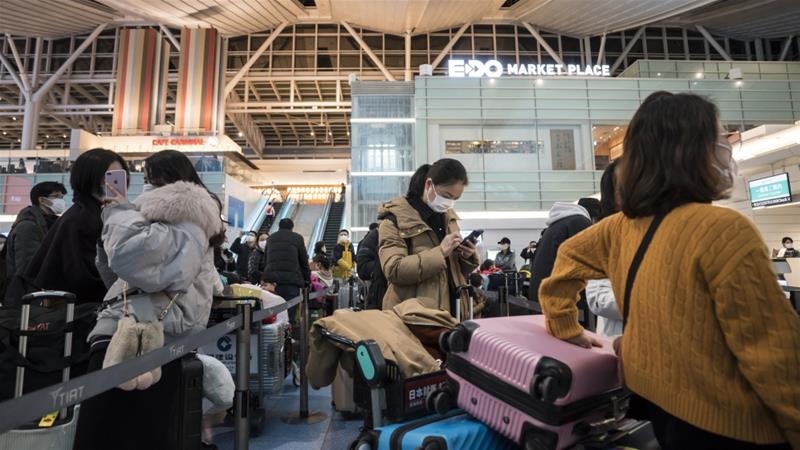 China has warned its citizens to exercise caution in travelling to Canada amid deepening tensions between Beijing and Ottawa over a controversial security law passed by Beijing last week.

The warning, published on Monday by the Chinese embassy in Ottawa on the WeChat messaging app platform, said Chinese citizens should pay close attention to the local security situation.

In its warning, the embassy cited “frequent violent actions” by law enforcement, but did not give specific examples about them, the Reuters news agency reported.

On Friday, Canada’s Prime Minister Justin Trudeau said his country was suspending the extradition treaty with Hong Kong due to the legislation, which China condemned as interference in its internal affairs.

Canada also halted exports of sensitive military gear to the financial hub amid rising concerns about the impact of the security law on the city’s special rights.

“All consequences arising therefrom will be borne by Canada. Any attempt to put pressure on China will never succeed,” Zhao said.

“China urges Canada to immediately correct its mistakes and stop interfering in Hong Kong affairs and China’s internal affairs in any way, so as to avoid further damage to China-Canada relations.”

Relations between Beijing and Ottawa have deteriorated since Canadian authorities arrested top Huawei executive Meng Wanzhou in December 2018. Meng is wanted in the United States on suspicion of violating sanctions against Iran.

China later detained two Canadians, including a former diplomat, on charges of espionage.

The national security law, imposed on Tuesday, is the most radical shift in how Hong Kong is run since it was handed back to China by Britain in 1997.

Under the handover deal, Beijing promised Hong Kong could keep key civil liberties, as well as judicial and legislative autonomy, for 50 years.

The new law has changed that landscape.

It empowers China’s security agents to operate openly in the city, toppling the legal firewall that has existed between the mainland’s party-controlled courts and Hong Kong’s independent judiciary.

Beijing has also said it will have jurisdiction over especially “serious” prosecutions.

At a separate court hearing on Monday, the first person to be charged with national security crimes was remanded into custody.

Tong Ying-kit, 23, has been charged with “terrorism” and inciting secession after he allegedly drove a motorbike flying a protest flag last week into a group of police, wounding three.

China says the powers will restore stability after a year of pro-democracy protests, will not stifle freedoms, and will only target a “very small minority”.

But police have arrested people for possessing anything carrying slogans pushing independence or greater autonomy, and businesses have scrambled to scrub protest displays.

Over the weekend, public libraries removed several books written by dissidents, including a title by pro-democracy activist Joshua Wong, to review whether they complied with the new law.