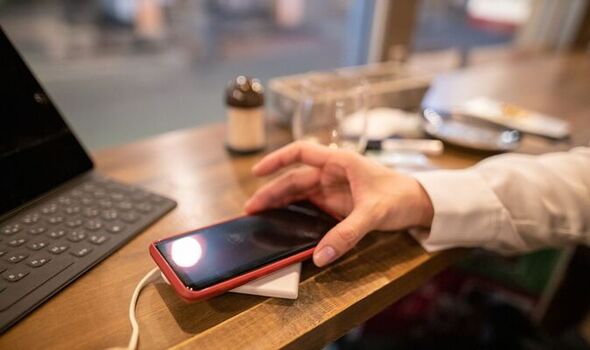 Staff at a pub unplugged a customer’s extension lead he was using to charge three devices at one time.

The guest ordered a drink at Oscars Café Bar in Dublin, Ireland, but used the lead to power a laptop, phone and a tablet for four-and-a-half hours.

The pub owner has defended the move, describing it as an “excessive use of our electricity”.

Sharing details about the behaviour on Twitter, owner Ronan Flood was backed by fans.

Talking to Newstalk’s Lunchtime Live show, Mr Flood said: “I plugged the extension out at the wall – thinking that the guest would take the hint.

“I headed off to one of the other bars, and I came back… and the same guest was still sitting there with the devices plugged in.

Mr Flood said he then spoke to the customer over the “excessive use” of electricity during an energy crisis, Mirror reports.

The businessman said: “I went down to the customer and just said to him that ‘This is excessive use of our electricity, you’re kind of taking the proverbial with the plug board’.

“I just asked him to put the plug board away”.

The customer questioned if this meant he was not welcome in the bar.

Ronan replied: “You’re welcome to be in the bar, but not if you’re excessively using our electricity.

“He walked out the door – we both had a mutually respectful conversation, and he went on his way.

“We’d see nobody stuck – anyone that comes in and needs to charge up a phone, we’re under no illusions here, we know it’s not a colossal cost to charge devices.

“But everything has to be done in moderation, and it wasn’t in this case”.

The pub owner decided to post about it on social media after saying the interaction “grated on him later on in the day”.

Writing on Twitter, one person branded the guest’s use as “shocking” while others called him “greedy”.