LONDON (Reuters) – Captain Tom Moore, a 99-year-old British war veteran who has raised more than $29 million for the health service by walking 100 laps of his garden, will be a guest of honour at the opening of a new field hospital next week. 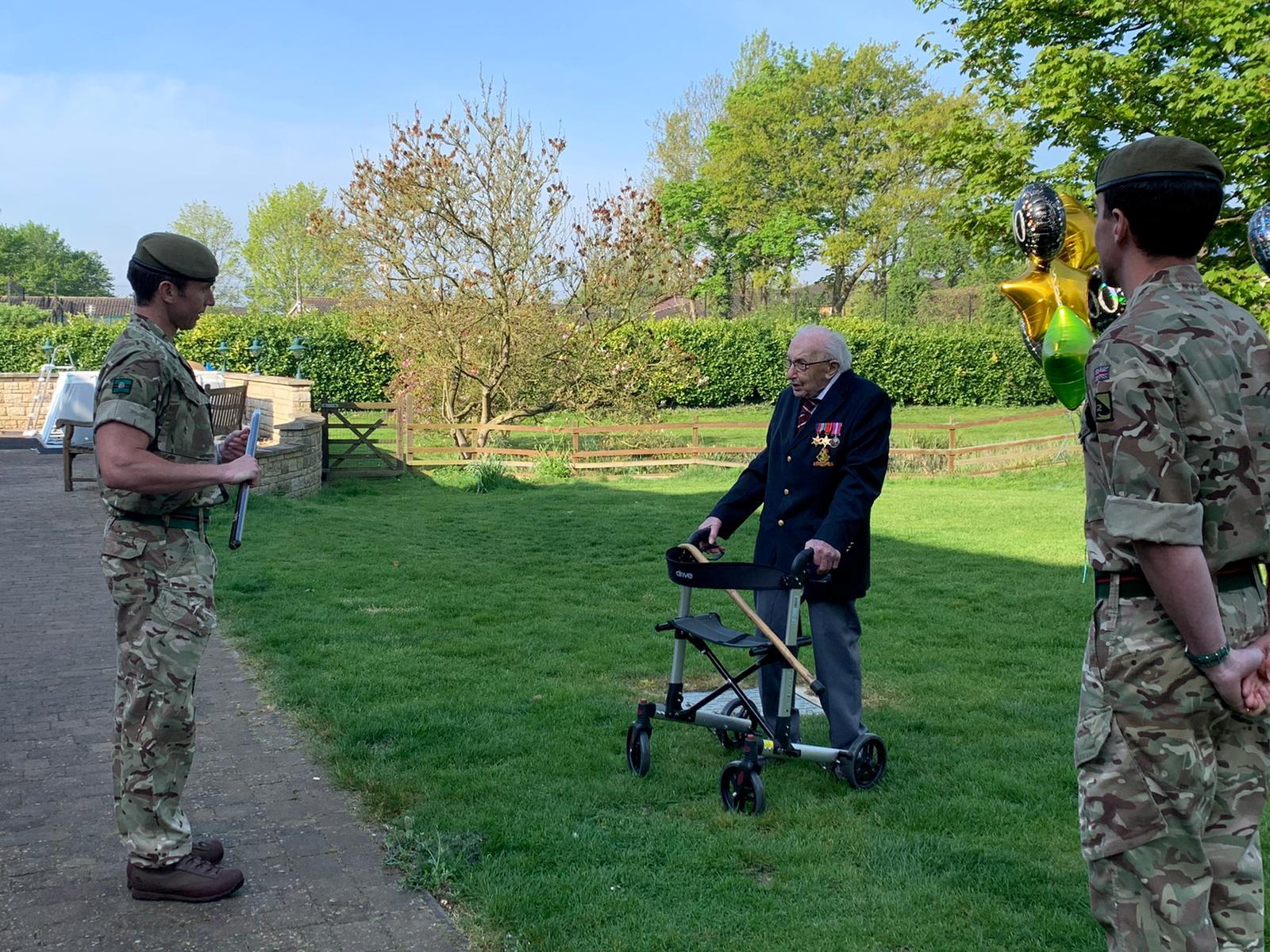 Moore will praise National Health Service (NHS) workers via video link at the opening of a new “Nightingale” hospital in Harrogate, northern England, which is being set up to help deal with the coronavirus outbreak.

The World War Two veteran, who completed his challenge on Thursday, had raised 23.35 million pounds ($29.21 million) by 1606 GMT on Saturday.

Moore said he was honoured to be opening the hospital and to have the chance to thank NHS workers directly.

“I am still amazed by the amount of kindness and generosity from the UK public who continue to give despite it being an uncertain time for many,” Moore said in a statement.

“I think the amount raised demonstrates just how much we all value the dedication and sacrifices made by our NHS workers. I have fought during a war and they are now fighting in a war too.”

The retired army captain, who has used a walking frame with wheels since breaking his hip, set himself the target of walking the 25 metres around his garden 100 times before his 100th birthday on April 30.

His original target was 1,000 pounds, but that modest aim as blown away as media attention from around the globe zoomed in on his garden in Bedfordshire, central England.

He is in the running to be Britain’s “Sports Personality of the Year” and has been hailed as an “absolute legend” by Queen Elizabeth’s grandson, Prince William.

He has said the walk was inspired by the care he received from Britain’s state-run National Health Service when he broke his hip and when he was treated for cancer.

“On behalf of the NHS our heartfelt thanks go to Captain Tom Moore for his remarkable fundraising efforts for NHS charities, and to the public for their generosity in supporting him and our staff,” Simon Stevens, NHS chief executive, said.

“Inviting Captain Moore to be our guest of honour at the opening of NHS Nightingale Yorkshire and Humber is the least we can do to thank him for his inspiring service and example, and no doubt there will be further ways in which we will be able to express our gratitude.”