Home » World News » Capitol riots: What is happening in Washington? Why is there protests?

Justin Trudeau pauses over Trump's response to US protests

The U.S. Capitol was put on lockdown on Wednesday as crowds protesting President-elect Joe Biden’s victory breached security barricades while Congress was debating the certification of his electoral win over President Donald Trump, according to Reuters eyewitnesses. The Senate and the House, which were weighing objections to Biden’s victory, abruptly and unexpectedly recessed.

Police say demonstrators have breached the Capitol building and are in the Rotunda area.

House members inside the Chamber have been instructed to pull out the gas masks from underneath their seats and be prepared to put them, according to police.

Senior staff, including Vice President Mike Pence, have been escorted out of the building. 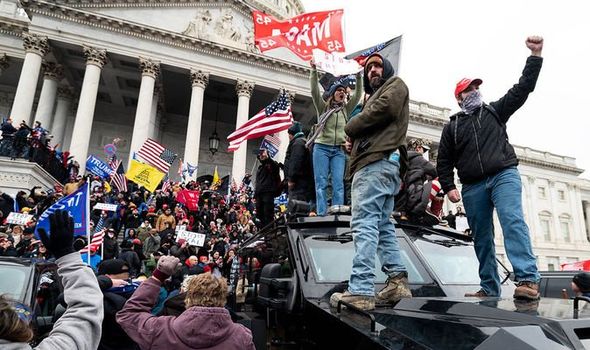 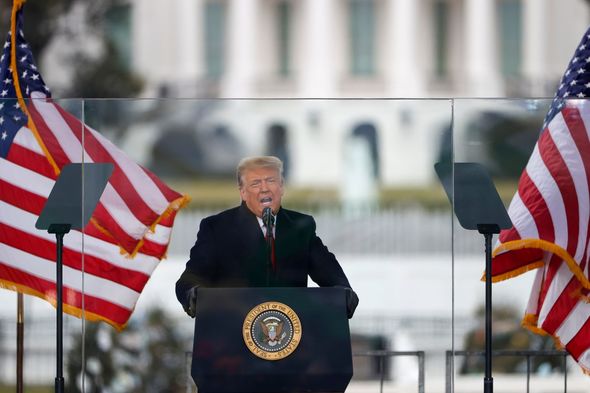 President Trump said: “You don’t concede when there’s theft involved. Our country has had enough and we will not take it any more.”

Mr Trump has spent much of his time since the November presidential election trying to contest the result, presenting an argument of voter fraud.

However, the President hasn’t yet been able to provide any evidence to support his claims.

President Trump falsely repeated the claims that he is the rightful winner of the Presidential election, as he stood inside a bulletproof box addressing masses of followers.

Why is there protests?

The protests have erupted in response to Mr Trump’s defeat, and are understood to be orchestrated by his supporters.

Hundreds of Trump supporters wearing red hats have been clashing with the police on the grounds of the monument.

For more than one hour, Mr Trump reiterated groundless conspiracy theories that have dominated his final days in office.

Weeks have passed since the states completed voting, certifying that Mr Biden, a Democrat, has won.

Not only did Mr Biden win, the vote wasn’t even close.

The Democrat President-elect walked away from the November 3 election with 306 Electoral College votes compared to Mr Trump’s 232.

To make matters worse, Mr Trump’s extraordinary challenges to the opposition have been rejected by countless courts across the country.