OTTAWA (Reuters) – Canada is not planning for the moment to use troops to help combat a spreading coronavirus outbreak, although the option remains on the table, Prime Minister Justin Trudeau said on Sunday. 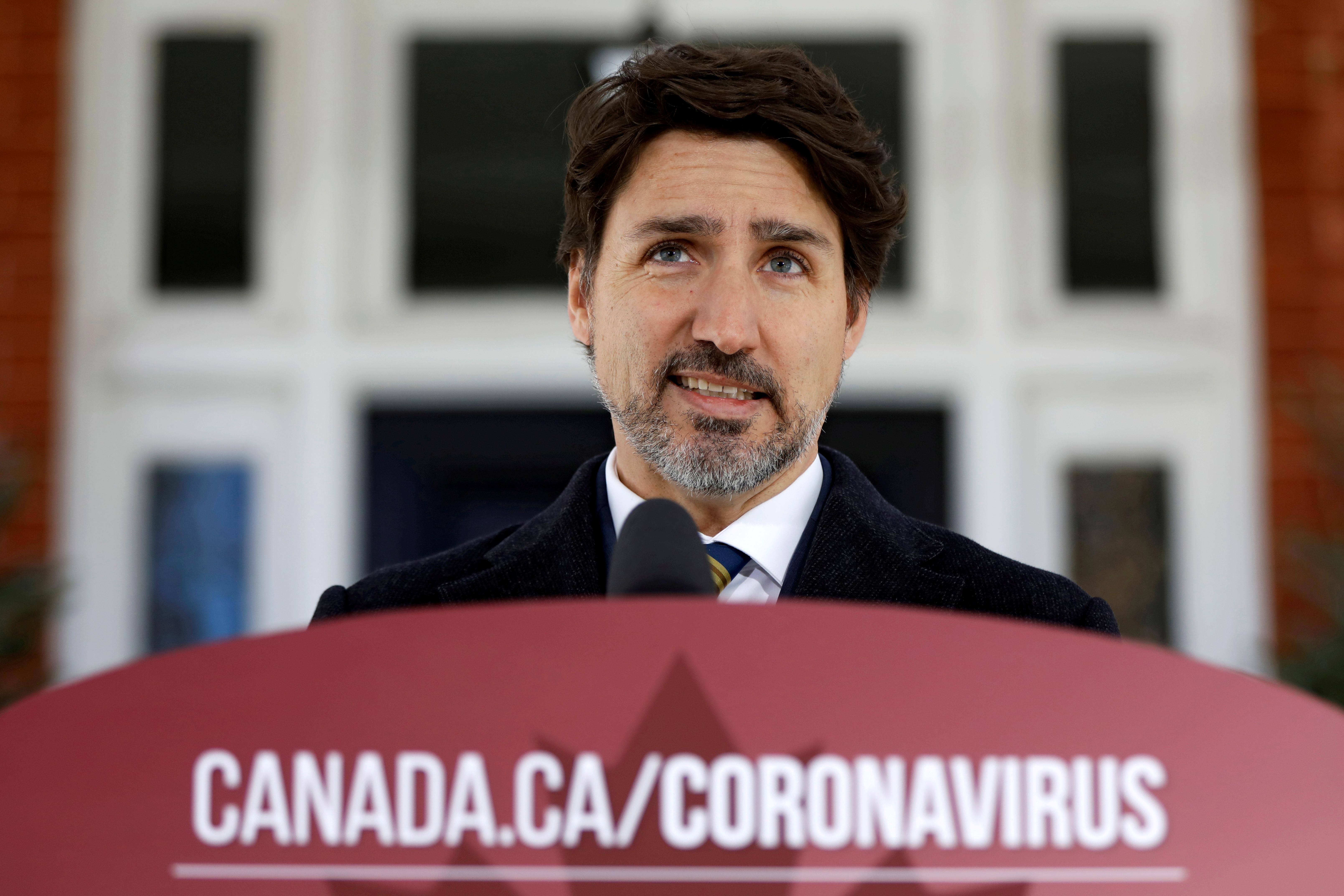 All 10 provinces have declared states of emergency and ordered people to stay home. The number of cases rose to 6,280 from 5,655 on Saturday, while the death toll climbed to 63 from 61, according to a tally of provincial announcements compiled by the Canadian Broadcasting Corp.

Quebec – where 8.5 million people are spread across a landmass the size of Western Europe – said on Saturday it was restricting access to eight remote regions with often patchy access to healthcare.

Quebec is also stationing police on the border with the United States to ensure returning travelers know they must go into isolation.

Trudeau was non-committal when asked about deploying troops to help Quebec or other provinces.

“We are prepared for all kinds of different situations. Of course Canadians know very well that members of the armed forces are always ready to help when they are needed,” he said.

“For the time being, no one has made specific requests about this and there are no plans now to carry out operations in Canada with the armed forces,” he told a daily briefing, later adding that “we are not closing the door to any scenario”.

Almost half the people in Canada with the coronavirus are in Quebec, where Premier Francois Legault said on Sunday that the incidence of new cases appeared to be stabilizing. “Don’t give up,” he exhorted people who might be tired of staying indoors.

Quebec pork processor Olymel said on Sunday it was closing a hog slaughter plant in the town of Yamachiche for 14 days after nine employees tested positive for the coronavirus. The plant employs 1,000 people.

An Alberta packing plant halted cattle slaughter on Friday after a worker was diagnosed with the respiratory disease.

Trudeau also said Ottawa would spend more than C$200 million ($145 million) on additional help for vulnerable people such as the homeless, women and children fleeing violence, as well as counseling services for the young.

Trudeau was speaking outside his Ottawa residence, where he has been staying since his wife, Sophie, tested positive for the coronavirus.

Sophie, who said on Saturday she had received the all clear, has moved to the prime minister’s official summer residence across the river in Quebec with the couple’s three children, Trudeau said.