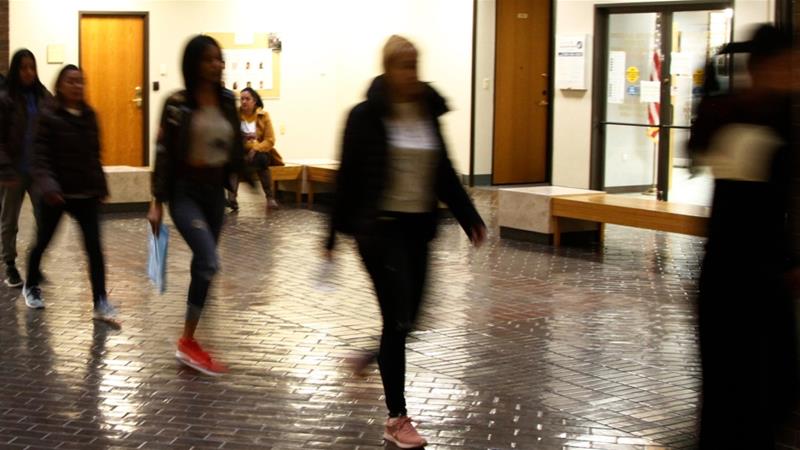 The union representing US Immigration and Customs Enforcement employees (ICE), as well as national associations for both immigration judges and lawyers have called for all immigration courts in the United States to be temporarily closed to prevent the spread of the coronavirus.

In a rare joint statement on Sunday, the National Association of Immigration Judges (NAIJ), the American Federation of Government Employees (AFGE) Local 511, which represents ICE employees, and the American Immigration Lawyers Association (AILA) said: “The Department of Justice’s (DOJ) current response to the COVID-19 pandemic and its spread is insufficient and not premised on transparent scientific information.”

The groups added that the “DOJ is failing to meet its obligations to ensure a safe and healthy environment within our Immigration Courts.”

The organisations added that “no doubt, closing the courts is a difficult decision that will impose significant hardship” for those currently in ICE detention and migrants currently waiting in Mexico for their asylum claim to be processed, as part of the administration’s “Remain in Mexico” policy which was upheld by the Supreme Court last week. As part of that programme, formally called the Migrant Protection Protocols (MPP), asylum seekers are sent to Mexico to wait out their asylum cases in US courts.

To date, the coronavirus has infected more than 164,000 people worldwide, with the disease it causes, COVID-19, killing more than 6,400. In the United States, nearly 4,000 people have been infected with the novel coronavirus, with 69 deaths according to Johns Hopkins University, which has been tracking the virus worldwide.

ICE holds nearly 38,000 immigrants in more than 130 facilities across the country, including local jails and prisons. Unlike other detention centres, ICE officials have wide discretion over who can be released while their cases make their way through the courts.

US immigration courts are currently grappling with a backlog of one million cases.

The ICE union and the immigration judges and lawyers associations, in their joint statement, said they had consulted Dr Ashish Jha, the KT Li Professor of Global Health at the Harvard TH Chan School of Public Health, who advised that the nearly 70 immigration courts in the country be closed.

“In the face of inadequate national testing, Dr Jha said it is irresponsible to do anything other than close our courts until sufficient testing has been conducted,” the statement said.

“He estimates that in two to four weeks sufficient testing will have been completed so that epidemiological experts will be able to provide specific, data-based directions for organizations like our courts,” the groups said. “He provided his unequivocal opinion that to continue to hold any hearings at any Immigration Court at this time presents a high public health risk.”