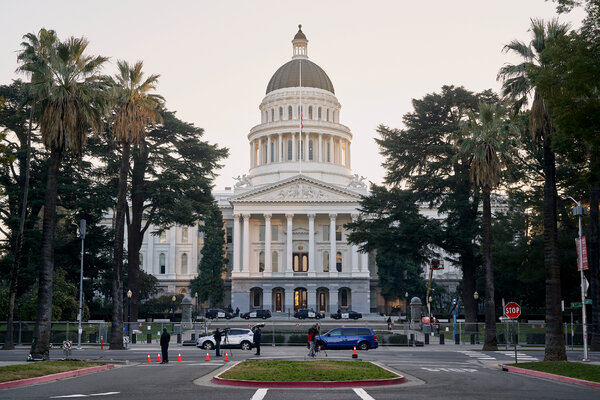 The California State Capitol in Sacramento has toughened its mask policy after finding nine recent cases of Covid-19 in the Assembly, including four cases in people who had been fully vaccinated, legislative officials said.

The Capitol’s mask mandate is being tightened at a time when the highly contagious Delta variant, with its enhanced capacity to sidestep vaccines, accounts for nearly a third of cases in the state and for more than half of cases in the country, according to new estimates from the Centers for Disease Control and Prevention.

Under the new policy, legislators and staff members, regardless of their vaccination status, must wear masks at all times in the Capitol, the Legislative Office Building and district offices.

The policy, which went into effect on Tuesday, extends to legislators and staff members working in office suites. Under the previous policy, masks had only been required in public areas like hallways and hearing rooms.

In addition, the Senate and the Assembly will begin twice weekly Covid testing of employees who are not fully vaccinated, according to memos from administrators in both of the branches.

“We take this very seriously,” Speaker Anthony Rendon said in a statement. “It’s our job to serve the people and protect our staff, so that’s what we’re doing. The good news is the great majority of our staff is vaccinated.”

Erika Contreras, the secretary of the California State Senate, said in a statement: “The Senate does not have any current cases and has a host of protocols in place that we will continue to adhere to.”

Ms. Contreras pointed out that even fully vaccinated people can be infected, although they are less likely to suffer the most serious symptoms.

Through the end of April, the C.D.C. had received 10,262 reports of such breakthrough infections from 46 states and territories, a number that was very likely “a substantial undercount,” according to the agency’s own report. In May, however, the C.D.C. stopped investigating breakthrough infections among the fully vaccinated except in cases of hospitalization or death.

Research suggests that full inoculation with the vaccines in use in the United States provides good protection against Delta — and remain highly effective at preventing hospitalizations and deaths.

But several studies have shown that while the current vaccines used in the United States are effective against Delta, they are slightly less so than against most other variants. Researchers are concerned that fully vaccinated people may sometimes pick up asymptomatic infections and unknowingly spread the virus to others.