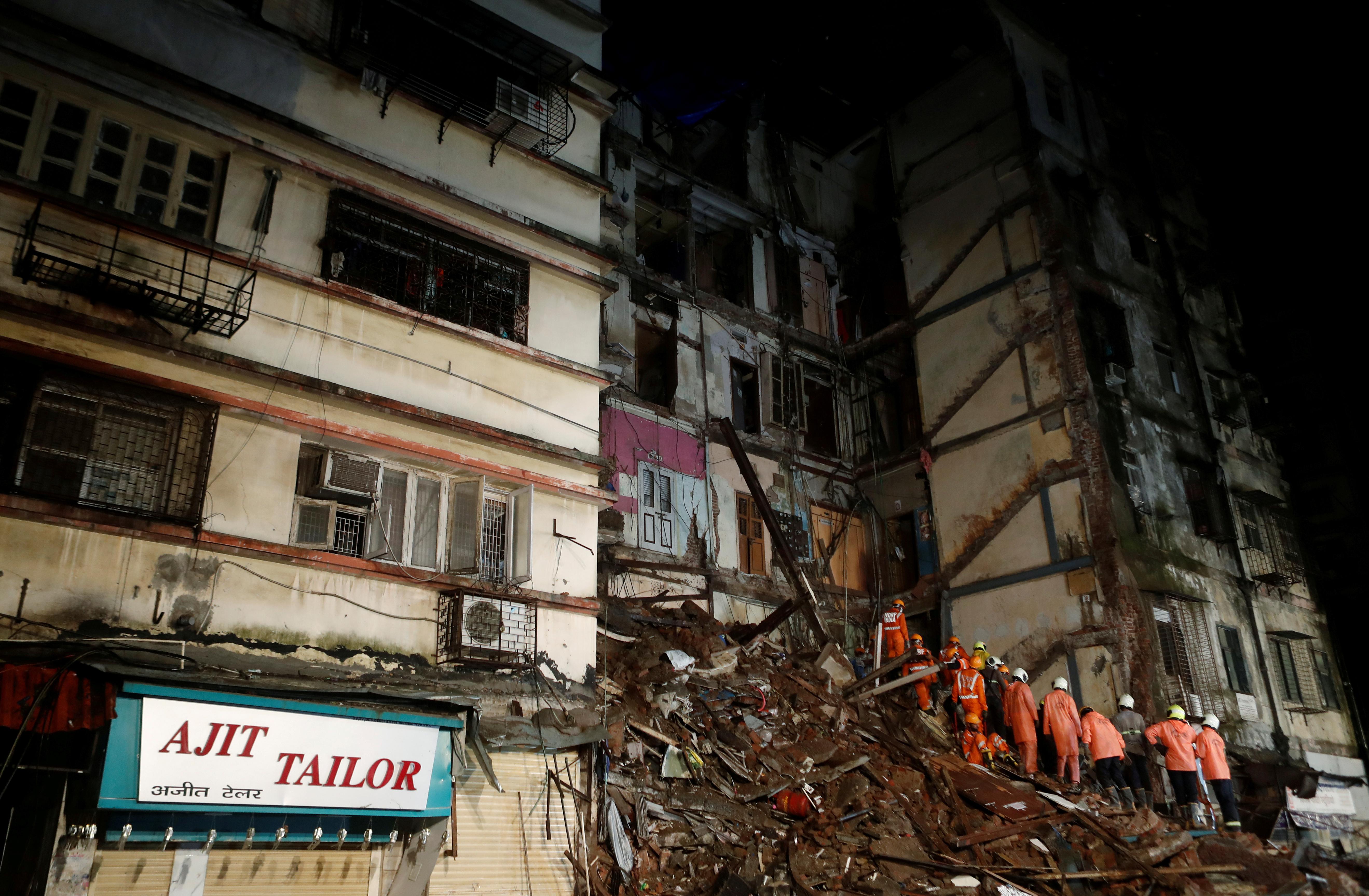 The dilapidated six-storey structure in the city’s south was home to five or six families who stayed on after residents were advised to evacuate as it was under repairs, eyewitnesses told television channels.

Several people had been trapped under the debris with many more stranded in the portion left standing after the collapse, causing instability, city fire chief P.S. Rahangdale said.

“The risk of secondary collapse can’t be ruled out,” he added.

Another building collapsed in the western suburb of Malad earlier, killing two, including a child, and injuring several.

Every year, heavy downpours in Mumbai bring down some rain-sodden small and large structures deemed too dangerous to live in.

Intense rains over the previous few days prompted weather officials on Thursday to upgrade to ‘red’ from ‘orange’ an alert called for the city and surrounding areas.