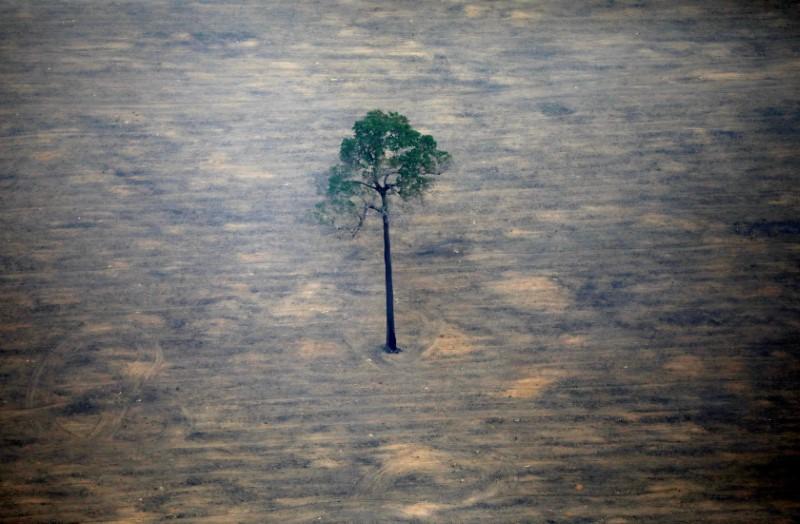 BRASILIA/POCONÉ, Brazil (Reuters) – In a dramatic u-turn, Brazil’s Environment Ministry said on Friday it would continue to fight deforestation, reversing its position after saying hours earlier that it could not afford to continue enforcement efforts in the Amazon.

The ministry, through its enforcement arm Ibama and its parks service ICMBio, plays a vital role in combating deforestation with teams deployed on frequently dangerous missions to catch illegal loggers and miners in the world’s largest rainforest.

So the original announcement on Friday afternoon that it would cease all operations from Monday came as a shock, especially amid rising deforestation and growing criticism of Brazil’s environmental policy from environmental groups as well as international investors. Last year an area about the size of Lebanon was cleared in the Amazon.

The ministry cited a decision by Brazil’s Federal Budget Secretariat (SOF), to block certain funds that had been allocated to Ibama and ICMBio. The ministry said the SOF’s move ultimately was ordered by the office of the chief of staff for right-wing President Jair Bolsonaro.

But Vice President Hamilton Mourão, who Bolsonaro has put in charge of Brazil’s Amazon response, quickly denied the funds had been pulled. He accused Environment Minister Ricardo Salles of “jumping the gun.”

“The minister jumped the gun, and that’s not going to happen,” he told journalists in Brasilia. “There will not be a blockage of 60 million reais ($11.1 million) dedicated to Ibama and ICMBio.”

Mourão said the government was looking to take money out of almost every ministry to fund emergency aid payments Brazilians are receiving during the economic downturn brought about by the novel coronavirus pandemic. He said the Environment Ministry’s announcement was based on an unfinalized planning document.

Later in the evening, the Environment Ministry officially reversed course.

“The Environment Ministry discloses that Ibama and ICMBio resources were unblocked this afternoon and, as a result, operations to combat illegal deforestation will continue normally,” it said.