BRASILIA (Reuters) – Brazilian Justice Sergio Moro will announce his resignation on Friday, a person familiar with the matter told Reuters, after President Jair Bolsonaro fired the head of the federal police. 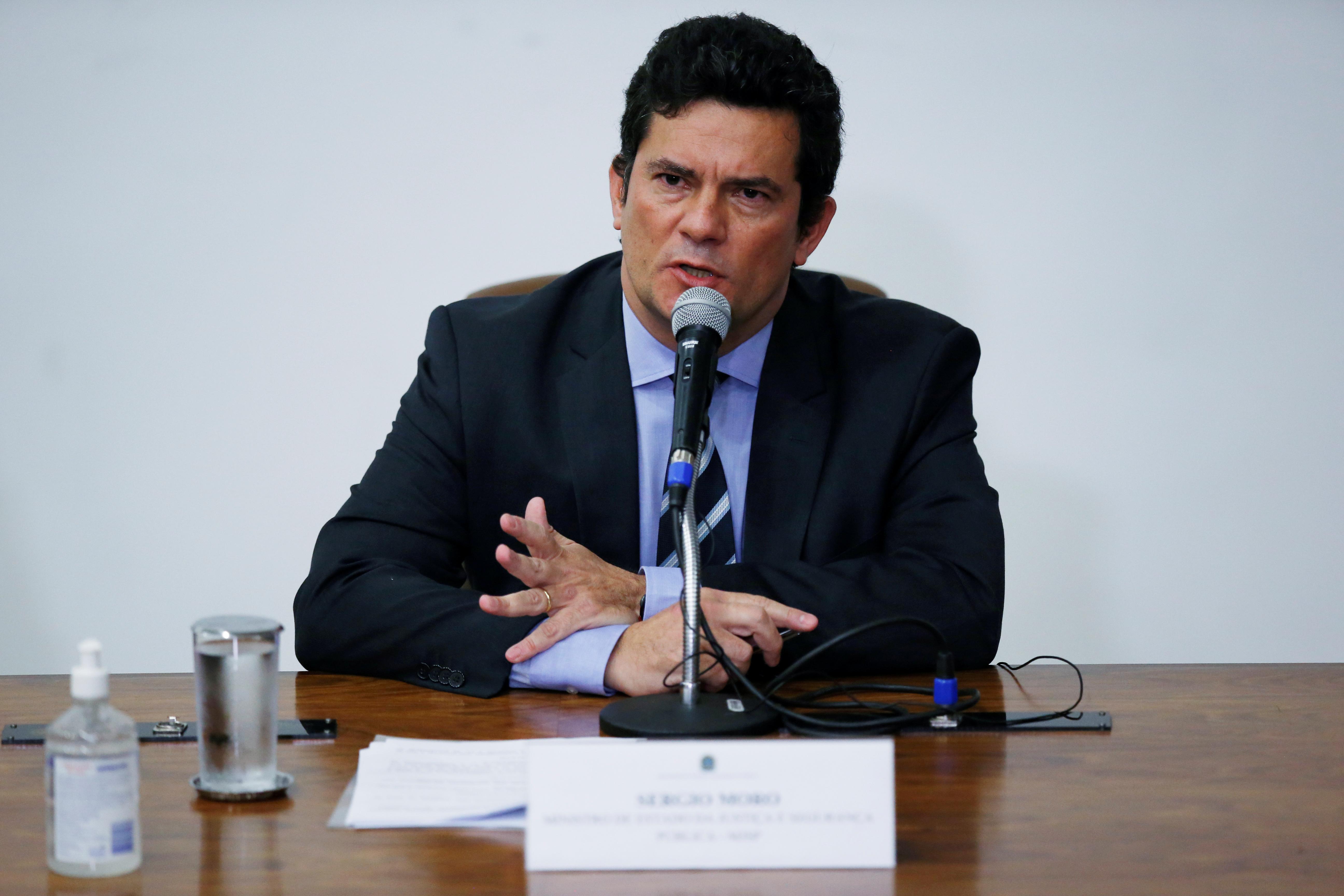 The dismissal of police chief Mauricio Valeixo was published in the official gazette, which gave no reason for the firing. Valeixo was an appointee of Moro, a well-known former judge with whom Bolsonaro has tussled over the past year.

Moro is one of the stars of Bolsonaro’s government due to his record fighting corruption. His exit would be a serious blow to Bolsonaro’s promise to tackle graft with investigations free from political interference.

Valeixo’s removal caps a dramatic 24 hours in the capital Brasilia, although more drama is likely to follow.

When news of Valeixo’s potential ouster leaked on Thursday, Moro threatened to quit unless he could name a successor, according to the source, who said there had been no such arrangement, sealing Moro’s decision to step down.

Moro will make a public address at 11 a.m. (1400 GMT) in Brasilia, the Justice Ministry said. The ministry did not respond to questions about whether Moro would resign.

It was unclear why Bolsonaro wanted to get rid of Valeixo. The presidential press office did not respond to requests for comment.

The threat of Moro’s departure and the sidelining of Economy Minister Paulo Guedes rattled financial markets on Thursday, and Brazil’s currency weakened more than 1% again on Friday to a record-low 5.59 reais per dollar. The benchmark Bovespa stock index fell more than 2%.

Moro’s role in the government has served as a symbol of the fight against corruption, which was central to Bolsonaro’s 2018 campaign. The former judge oversaw Brazil’s largest-ever corruption probe, which uncovered billions of dollars in bribes and jailed scores of powerful businessmen and politicians, including leftist former President Luiz Inacio Lula da Silva.

The relationship between the two has grown tense, especially as Bolsonaro showed interest in changing the leadership of the federal police force in Rio de Janeiro, where he built his political base in three decades as a lawmaker.

Moro and Valeixo resisted suggestions for the Rio job publicly floated by Bolsonaro, leading the president to propose in August that Valeixo himself could be replaced.

The political row comes as the coronavirus outbreak begins to gather steam in Brazil, where Bolsonaro has faced widespread criticism for his handling of the outbreak.